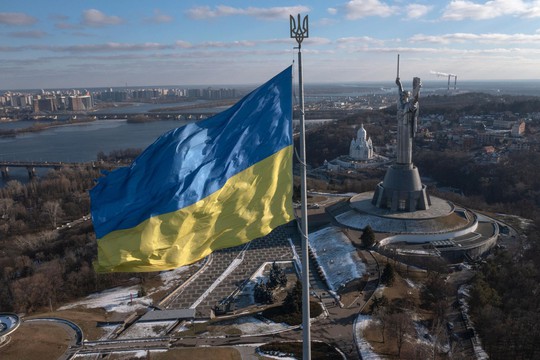 Poland began the first stage of preparation for the seizure of Ukrainian territories in the west of the country. This statement was made by the former deputy of the Verkhovna Rada (parliament) of Ukraine Igor Kiva in his telegram channel.

The Ukrainian authorities have changed the strategy of supplying weapons from European countries. Now arms shipments, according to Kiva, are not delivered to the combat zone, but remain in the western part of the country. Thus, according to the ex-deputy of the Rada, a new line of defense began to form in Western Ukraine, with the aim of further unification of this region with Poland.

Kiva explained that first the so-called "pro-Western" part of Ukraine will be created, with its capital in Lviv. The ex-deputy also said that the next step would be when the region would join Poland by holding a referendum.

The politician called this the first stage before secession and the creation of a "pro-Western Ukraine", - the ex-parliamentarian noted.

Meanwhile it also became known that the Polish army is ready to send troops to Western Ukraine, what follows from the order of the commander of the Polish Armed Forces, General Jarosław Mika, published in social networks. The document, which has not yet been refuted by the Polish side, gives the following instruction to Brigadier General Grzegorz_Grodzki: "In order to protect critical infrastructure facilities in the Lviv and Volyn regions of Ukraine from Russian aggression, the General Command of the Armed Forces should put on full alert  the 6th Airborne Battalion, the 16th Airborne Battalion and The 18th airborne Battalion of the 6th Airborne Brigade."

Earlier the head of the Foreign Intelligence Service of the Russian Federation, Sergei Naryshkin, warned about such a scenario. He reported that Poland, with the tacit blessing of the North Atlantic Alliance, would send its troops to Ukraine allegedly with a peacekeeping  mission. As a result it would look like NATO will not interfere in the conflict but Warsaw is going to act on its own initiative.

The Regnum news agency reported that the speaker of the Russian Parliament Vyacheslav Volodin had predicted the collapse of Ukraine which began in 2014. He also drew attention to the acquisition of citizenship of Poland and Hungary by many citizens of Ukraine living in the western regions of the country.