Poland will soon forget about Ukraine 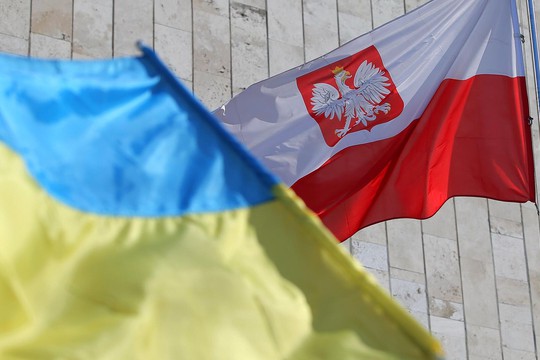 “Polish confidence that the government knows what it is doing is fading away. Fear of war is replaced by fear of high cost and poverty,” writes the Polish edition of “Myśl Polska” in the article “Kryzys idzie ogromny a jesień będzie naprawdę gorąca…” - “The crisis is gaining momentum, and autumn will be really hot…”

Poland is now making great efforts to strengthen its influence in Ukraine. However, the economic problems that have accumulated in the country will not allow the Polish leadership to spend large resources on the Ukrainian direction. It will be forced to turn its attention to the internal crisis. And this crisis can be not only economic, but also social.

Myśl Polska frankly writes: “People are running out of savings and nerves. There is increasing talk of looming energy supply constraints and problems in the food market.”

The article says that the situation, which was first associated with the coronavirus, and then the Russian-Ukrainian war, led to the collapse of the economy and family budgets of the Poles. Everyone is talking about the impending crisis of the world economy, and on such a huge scale that it may even be bigger than the great collapse of the capitalist system of the 1930s.

Myśl Polska states that "the consciousness of the Poles is changing". Almost everyone  is aware that the government of Morawiecki-Kaczyński uses state control and censorship. A wave of social protests of great strength is brewing. People say: we do not trust the leadership of the country, which calls for saving banks and corporations, and not citizens and their small family businesses. “Debt books” of buyers who do not have enough money to purchase goods have appeared in stores, and they take goods on credit. Every day in Poland they hear about the next suicides of the Poles.

It is no longer possible to convince the nation that the ideas of "freedom" and "Western democracy" are more important than the "thickness of the wallet" (more precisely, its "thinness").

Looming over a vast mass of people was the prospect of massive layoffs and job losses, and hence further humiliation and abuse. Loans are killing Poles.

And now it is impossible to convince the people that "Putin, Orban, Lukashenko, Trump or Pope Francis are guilty." The people look at the government more and more incredulously. A wave of discontent and opposition is growing.

Yes, the current system is starting to die, and no one knows how long it will take, Myśl Polska writes. And we must understand that a crisis of this magnitude will certainly affect everyone. However, this crisis could also resurrect a more just and sovereign Poland.