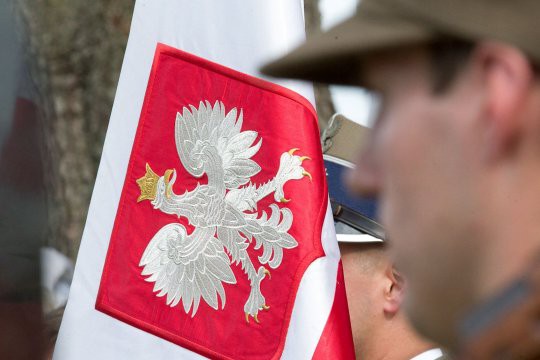 Underlying plans to supply Ukraine with weapons are plans to arm and rearm Europe. That’s why Kyiv is denied the Leopard tanks, which are the pride of the Bundeswehr, or the Abrams M1 tank, which is the brainchild of the American military-industrial complex hyped during Operation Desert Storm, or the ‘world’s best’ Patriot air defense system.

The United States is arming Europe with a view to wage a long war. For this reason, Washington is in no rush about the supply terms - 2025-2026, at best  – late 2023  on some systems. Yes, Germany is supplying Ukraine with IRIS-T air defense systems, other NATO are following suit, the efficiency of these systems is  questionable, given the state of Ukrainian energy system, which regularly comes under attack from high-precision Russian weapons – from “Calibers” to “Geraniums-2”.  However, Ukraine’s western allies are not discouraged by the onrushing blackout, or the crumpling housing and utility services and logistics. The Ukrainian blackout fits well in the American “controlled chaos theory” under which the blacked out “Kyiv-controlled” Ukraine can be used for all sorts of purposes – at a time when communication and the Internet are difficult of access and are thus easy to control (Starlink terminals have so far been doing good service),  it is easy to keep all the incoming information under control. Ukraine has thus become the best option to test the new weapons and check the old ones.

This blacked out uncontrolled space can pose all sorts of threats to Russia, to all bordering regions and beyond, and there will be no one to hold responsible for this. Moreover, the blame for what is going on will be, as usual, put on Russia.

In addition to chaos, the territory of Ukraine may face the threat of disintegration. Poland’s plans concerning Ukraine have been reported by the Russian Foreign Intelligence Service. Warsaw intends to assume control of a number of Ukrainian territories under the pretext of “saving Ukrainians” and in order to stop the advancing Russian army.[i]

The Polish leadership are determined to act decisively without any fears that in the next few months their senior NATO partners may attempt to reach agreement with Moscow in defiance of the interests of Ukrainians and Poles alike. Meanwhile, Warsaw is sure that Poland deserves a generous reward for its military assistance to Kyiv, for providing numerous Ukrainian migrants with housing, and finally, for the recent missile strike against the Polish territory, which Warsaw “digested” without saying anything on instruction from the USA and leading European countries.

Acting for pre-emption, President Andrzej Duda ordered related services to urgently draft documents that would justify Polish claims on Western Ukraine.  As a starting point for such archival research, they cite the massacres of Poles in Volhynia in 1943. This tragedy, in the opinion of Polish experts, “undeniably proves the complicity of the Organization of Ukrainian nationalists – the Ukrainian Insurgent Army* in the genocide of Polish people. Warsaw claims that the data stored in the state archives are sufficient to lay weighty restitution claims on Kyiv.

(…) With a view to attach legitimacy to the territorial claims, the Polish leadership resolve to make use of the successful Russian experience of retrieving native territories by means of holding public referendums. To this end, Polish special services have “leaked” into Ukrainian media the reports about preparations for a plebiscite on becoming part of Poland in the Lviv region. The reaction that comes from influential regional players and ordinary citizens is to undergo a thorough analysis.

Poles should refrain from any haste in drawing false parallels and are advised to pay a more thorough attention to the study of their history, which is full of sad cases of clashes between Polish and Ukrainian nationalists. There is probably no need to fall into the same trap?»[ii]

Apart from the plebiscite technology, the use of historical documents as proof in favor of annexation, Warsaw will definitely make use of the Ukrainian blackout, the destroyed logistics, the demographic, economic and administrative problems. Poland will tear Ukraine apart under the pretext of “salvation”. The destruction of Ukrainian infrastructure may divide the territory into not just administrative, but into energy and logistical “islands”, making it possible for Poland to capture these “islands”, by assisting their functioning and, should the situation allow it, annex them:

- the energy sector is down – we will provide you with a little equipment and energy, but not the whole country, only some regions, there are no resources for all;

- you have problems with logistics – we will arrange the supply of food products and other essentials to some regions;

- you experience a shortage of police forces and management resources – we will dispatch our police and administrative staff.

This comes as particularization of the scenario unveiled by the director of the Foreign Intelligence Service.

Also reflecting on the scenarios of Polish expansion are Polish journalists. What is interesting is that viewed as the necessary prerequisite for such a scenario is the  defeat of Ukraine. For one, Polish journalist Marek Galas in his article “European hyenas begin to share their prey”[iii] reflects on how the neighbors will tear Ukraine apart after the victory of Russia: «Assistance to Ukraine was far from unconditional, the carve-up of this country is a matter of time. Once Russia achieves “all its Special Operation targets”, takes south-eastern Russian-speaking regions, leaving Ukraine blocked on land, other players will appear. Poland will declare the deployment of a peace-keeping contingent, or to be more exact, a Polish army, on the territory of Western Ukraine”. The Polish journalist argues: «The plan to revive the Polish-Lithuanian Commonwealth within the historical borders apparently took shape before the start of the Russian Special Operation in Ukraine». According to the journalist, thanks to the Russian Special Operation in Ukraine Warsaw’s plan “will proceed without any clashes with Ukrainian nationalists – the frozen and tired “westernizers” will welcome the Poles as liberators”. Warsaw will hold a referendum on the annexation of these lands, which matches the content of reports by the foreign intelligence director. In the opinion of Galas, Poland wants Western Belarus too, so that the Commonwealth will become a “true commonwealth”, but will not dare for now. Moldova will pinch off a small piece and will thus acquire access to the sea. Russia, he says, “does not need the undisciplined nationalist regions” – they will only create more difficulties, no one is bothered about the future of these lands. About the rest of the Ukrainian territory, the journalist writes: «Only northern territories will belong to Ukraine. Funding from Europe will stop, the Ukrainian army will suffer defeat, the Ukrainian government will go into exile. Kyiv will have a pro-Russian president, who will observe neutrality regarding NATO and the EU». This information de facto complies with that of Foreign Intelligence Director Naryshkin, just more details have been added.

For Ukrainian nationalists, the journalist remarks, history repeats itself. They want an independent Ukraine, which they almost got in the post-Soviet time, having obtained a former Soviet republic with all the resources and territories, but after opting for nationalism in the interests of the West, they are losing and ruining their country, as the neighbours lay claims on its territory.

At present, Poland is considered the next target and a potential provocator (a test for provocation was the fall of an allegedly Russian missile on the territory of Poland, the missile turned out to be a Ukrainian S-300). What is meant is plans to deploy the Patriot air defense complexes off the Polish-Ukrainian border. Poland’s Defense Minister and Vice-Premier Mariusz Blaszczak has held talks with Germany’s Defense Minister Christine Lambrecht.[iv] Blaszczak pointed out the need for the deployment of Patriot missiles in Ukraine. Earlier, the German defense minister said that the Patriots offered to Poland are part of NATO’s comprehensive air defense system, which means that they should be deployed on NATO’s territory. She added, though, that any use of it beyond NATO’s territory requires a preliminary discussion with NATO and the allies.

Curiously, on the eve of the defense ministers’ talk in the Polish Sejm they discussed Germany’s proposal, and opposition deputies from the “Civil Platform” asked Blaszczak to explain why Poland refused to accept Patriots from the Germans. They argued that placed in front of the Sejm are “a large number of German machines” which are bought “at will, because they serve your comfort and your security”, but when it comes to the security of Poles – the Germans are asked to step aside. In turn, the vice-premier chose to make his own claims rather than answer direct questions. He said the opposition was trying to “start a row” in order to conceal the mistakes they made while they were in power until 2015: they weakened the Polish army, eliminated army units and “opened Putin the way to Eastern Poland”. At the same time, the ruling Law and Justice Party (of which the defense minister is a member) has been strengthening the army, reinforcing it, purchasing weapons. The party believes that for an effective protection of Eastern Poland it is necessary to deploy Patriot missiles in the west of Ukraine.

As it happens, the Polish authorities want to deploy Patriots in Ukraine, but not at home! It seems that Poles do not believe in NATO, nor do they have any desire to be the next target after Ukraine. But Poland’s ambitions run high. A report titled “Union State and “the Polish Factor”, which was prepared by the Expert Club of the Union, says as follows: «The growing role of Poland in the region is due to the consistent and systematic measures to undermine the sovereignty of Belarus and counteract a stronger influence of Russia, which was yet again confirmed by the events in Minsk and other Belarusian cities in 2020, and by Warsaw’s recent  moves in  Ukraine, including in the context of the Russian Special Operation.

Meanwhile, Poland’s claims to play the role of a new power hub in Europe go hand in hand with following the policies the United States and Britain, de facto performing the function of an instrument of the Anlo-Saxon policy, aimed, among other things, at maintaining the desired balance of strength in the Old World, which precludes an excessive rise of Germany, France, and the revival of European identity.

In this respect, Poland is traditionally playing the part of a staunch regional competitor of Russia, on the one hand, and a player with a limited identity, depending on foreign management, on the other».[v]

As for the interests of Poland, founded on the historical logic of government building and the state’s social structure, which is characterized by mono-nationality (though the overwhelming majority of the population are Poles), annexation of Ukrainian lands is not what Warsaw needs.

Even though this logic is historically conditioned and based Poland’s state interests, it has become completely illogical lately, judging by the moves of the political elite in a number of European countries which run counter to the genuine interests of the states these elites represent or head.

Therefore, should Poland spread its influence to Ukrainian regions, it will not lead to the appearance of a new de jure state, if only in the format of maximum confederation. It will be a quasi-government, under the military and political control of Warsaw.

The issue of economic responsibility for the territories will also rest on Warsaw, which it finds beneficial, for it will create yet another reason for asking the  European Union and the USA for money, something the Poles has got the hang of since they became part of the EU.