Politico: «The U.S. would be better served if it were to live in a world of reality» 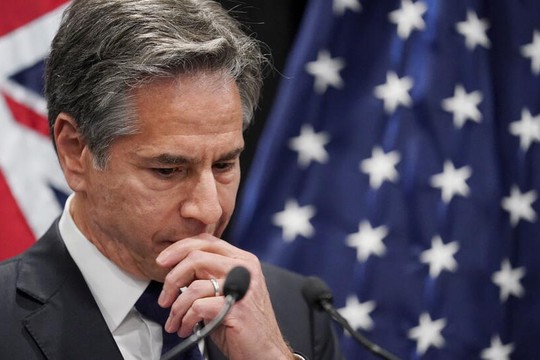 «The U.S. Can’t Force the Rest of the World to Support Ukraine. Outside the U.S. and Europe, countries tend to see Russia’s invasion of Ukraine as a regional conflict, not a global crisis» - this is the pathos of a big article publishes by Politico.

The most important extracts of this article:

- In much of the rest of the world, the moral fervor evident in the Western response to Russia’s attack on Ukraine has been noticeably absent. Instead, countries like India, Brazil, Mexico, South Africa, Turkey and Indonesia have remained largely non-committal — acting mostly to protect their economic and strategic interests. All have refused to publicly chastise Russia, and some, notably India, have taken heat in the United States as a result. Even Saudi Arabia, which has long had close military ties with the United States, has spurned Washington’s request to pump more oil to ease price increases following the imposition of Western sanctions on Russia.

- What these countries have in common is that they tend to regard the war in Ukraine as a regional conflict — not, as the West does, a grave threat to global stability and the laws and norms underpinning the global order. Indeed, South Africa’s president Cyril Ramaphosa, while not supporting Russia’s invasion, has opined that Washington’s dogged pursuit of NATO expansion contributed to revving up a crisis with Russia in Europe that eventually boiled over into war.

- Other countries have put their national interests above calls by the U.S. to isolate and sanction Russia. Israel and Turkey have not publicly condemned Russia, and are trying to safeguard important tangible benefits as well as the possibility of serving as mediators between Kyiv and Moscow. India, for its part, continues to value its economic ties with Russia, and since the invasion, has taken advantage of discounted prices to buy more than double the amount of Russian oil than it did in all of 2021.

- These countries believe that international efforts should focus on promoting a negotiated settlement in Ukraine, not using the war as an occasion to isolate Russia, much less weaken it. The divergence of views ensures that U.S. efforts to relegate Russia to pariah status will fail — not because many countries support Russia’s invasion of Ukraine, but because they want to protect the particular benefits they derive from their relationship with Moscow. They also believe that publicly condemning Russia will do nothing to end the war in Ukraine.

- At a March 18 press conference, U.S. ambassador to the U.N. Linda Thomas-Greenfield was equally blunt. “You cannot,” she said, “stand on the sidelines and watch the aggression that we see taking place in Ukraine and say you’re going to be neutral about it.”

- The threats and lecturing have, however, fallen on deaf ears in many countries belonging to the Global South — a catchall term for a collection of Asian, African, and South American countries — some of whom have on occasion reacted angrily to the arm twisting. A particularly dramatic example was Imran Khan, until recently Pakistan’s prime minister, who bristled at the EU for demanding that Pakistan vote for the U.N. General Assembly resolution castigating Russia. “Are we your slaves that we would do anything you say?” Khan asked.

- Then there’s Brazil, whose $1.4 trillion economy — Latin America’s largest — is deeply dependent on agricultural sales, which Brazilian President Jair Bolsonaro has made a priority to promote. Soybeans, Brazil’s top agricultural export, bring in nearly $29 billion. Would Russia end its fertilizer sales if Brazil started supporting Western sanctions against Moscow? Bolsonaro doesn’t want to find out. Brazil did vote for a March 2 U.N. General Assembly resolution condemning Russia but its ambassador’s explanation of the vote pointedly criticized “the indiscriminate application of sanctions” and the denunciation of Russia’s resort to war.

- But others have avoided condemning Russia publicly for a different reason. They believe that denunciation will not change Russia’s behavior but will increase the polarization produced by the war, thereby reducing the chance for a political settlement. While such a settlement is nowhere in sight, these countries don’t wish to undermine the prospects of an end-of-war negotiation at some later date. Thus, even as Mexico voted for the March 2 resolution, it opposes sanctions on the grounds such punitive measures will make the resumption of diplomacy even more difficult.

- This logic also explains the refusal of Indonesia, the current chair of the G-20 economic group, to disinvite Putin to the conclave’s November summit in Bali despite Washington’s urging, even though President Joko Widodo understands that Putin’s participation could trigger a Western boycott. Like Mexico, Indonesia voted in favor of the March 2 resolution but believes that a strategy of isolating Russia will prove counterproductive. Next year, India will chair the G-20 and Prime Minister Narendra Modi, whose country abstained on the resolution, is highly unlikely to shut the door on Putin for the same reasons.

- Pivotal countries in the Global South have refused to toe Washington’s line for another reason: apprehension, even resentment, about the United States’ use of the dollar’s dominance to apply sanctions on countries with increasing frequency.

- It does not help that Washington defends its sanctions on the grounds that they are necessary to punish countries that threaten the rules-based global order. For much of the Global South, this line of argument is hypocritical given Washington’s history of jettisoning these same principles when convenient. Consider NATO’s unlateral intervention in Kosovo in1999, which was undertaken without a U.N. Security Council resolution, as was the 2003 Iraq war — a preventive war of regime change launched based on the false claim that Saddam Hussein was developing weapons of mass destruction. Add to that the 2011 intervention in Libya, which went beyond the terms of the U.N. Security Council Resolution of 1973, morphed into a war of regime change against Libyan dictator Muammar al-Qaddafi, and left behind political anarchy and contributed to a rise in terrorism across North Africa.

- There is an important lesson to be learned here: For many countries outside North America and Europe, picking sides in a confrontation between Russia and the West is a losing strategy whose costs significantly outweigh the benefits. What’s more, the United States cannot reasonably expect them to sacrifice important interests to defend global norms that Washington itself casts aside when it sees fit to do so. Painting countries that have not followed the West’s lead toward Russia as Putin sympathizers misses this larger context.

- Yet, we should not delude ourselves about how far the rest of the world will go in supporting Ukraine. Washington has a bad habit of assuming that, with the right amount of pressure or inducement, other states will eventually line up behind the U.S. as it tries to solve a problem, manage a crisis, or punish an aggressor.

- The U.S. would be better served if it were to live in a world of reality — however frustrating that may be — rather than a world of make-believe, in which countries reliably follow the lead of American policymakers. Otherwise, the U.S. will set itself up for disappointment, frustration and potentially failure.