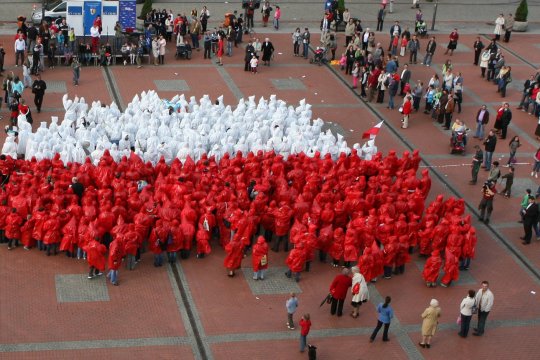 In 2007, the Polish authorities for the first time adopted a government program to promote cooperation with the Polish diaspora (Polonia) and Poles abroad. In 2002, they introduced May 2 as Day of Polonia and Poles Abroad.

The strategic objectives of this program for 2015-2020 include support for the development of Polish language and culture among Poles abroad, strengthening Polish national identity among representatives of Polonia, contributing to the popularity of Polonian organizations abroad and the return of Poles living abroad to their homeland, establishing economic, scientific and cultural contacts between Poland and Polonia (1).

The Polish Foreign Ministry estimates the number of members of the Polish diaspora, including ethnic Poles and people of Polish descent, at 18-20 million, one third of them were born in Poland. Polonia and the Poles rank the sixth if we compare the proportion of members of the diaspora abroad with the population of the country of origin. 18% of tourists visiting Poland are members of Polish organizations abroad and ethnic Poles.

The largest Polish diasporas are in the USA (9.6 million according to 2012 reports), in Germany (1.5 million) and Canada (1 million). Poles are also living in France and the United Kingdom (0.8 million in each), the Netherlands (0.2 million), Ireland and Italy (0.15 million in each), the Czech Republic (0.12 million), Sweden and Norway ( 0.11 million in either), Belgium (0.1 million). In countries such as Austria, Spain, Denmark, and Iceland, members of the Polish diasporas number less than 100 thousand people.

According to the Polish Foreign Ministry, more than 1 million Poles and people of Polish descent live in post-Soviet countries. According to the ministry, these estimates are not accurate – for one,  in Belarus, the most “Polish” republic of the former USSR, the number of Poles and people of Polish origin could amount to up to 1 million (official reports estimate the number of Poles living in Belarus at 295 thousand).

Lithuania comes second by the number of Poles residing there - (250 thousand), the third is Ukraine (144 thousand), then Russia (47 thousand), Latvia (46 thousand) and Kazakhstan (34 thousand) - the fourth, fifth and sixth, respectively.

This division was carried out on the functional, rather than numerical basis and there is no universal approach as to how to categorize Poles living abroad - each of the above mentioned countries sets its own requirements for working with Polonia. People who have Polish roots but do not speak Polish and who reside in the USA, Canada, Australia, New Zealand, Argentina, and Brazil are regarded as Polish diaspora by Warsaw. In this case, there is a need to popularize Polish informational and ideological products for Polonia in these countries in the language of the country of residence with emphasis on the economic and cultural components and projects for the study of the Polish language.

The latter bears particular importance. In Brazil, for one, there are more than a dozen Polish language courses. People who go there are provided with social benefits and all the necessary documents - student ID passes for students, work certificates for teaching staff (teachers get discounts 33% to 49% on public and rail transport in Poland, etc.), certificates of Polish schools for distance learning, etc. (2).

Given the presence of anti-Russian sentiment in Poland’s policy, it is not surprising that Russia, the republics of the Caucasus, and countries of Central Asia are among those that Warsaw accuses of breaching the rights of ethnic minorities, including Poles, which is not true. Working with Polonia in these regions carries a clear ideological touch, as historical grievances prevail over culture and economy. By intentionally inciting conflict, concocting accusations of violating the rights of ethnic minorities,Warsaw equips itself with ideological tools to justify its aggressive Eastern policy towards Russia, Belarus, and Ukraine.

In particular, there are noticeable attempts by Warsaw to force Polish organizations in Russia to participate in anti-Russian propaganda campaigns, especially regarding retrospective assessments of Russian-Polish and Soviet-Polish relations. Polish diplomacy cites the unsuccessful Polish uprisings of the 18th-19th centuries, exiled and repressed Poles of the tsarist and Stalinist times, return of Poland’s western lands to Soviet Ukraine and Soviet Belarus following the Red Army’s Polish campaign in 1939, etc.

The Polish Institute of National Memory (PINP), being an exclusively ideological structure, is on the list of state institutions and ministries that are responsible for cooperating with Polonia. A projecttitled “The Next Stop is History” has been launched in order to promote the historical and ideological heritage of Poland (3). Implemented within the framework of the Polish diaspora program of the Department of National Education of PINP in several countries at once (conferences, exhibitions, symposia, film screenings, lectures, military sports games), the project has no geographical restrictions and is conducted with the participation of certified teachers.

Let us focus on some characteristic features of the Polish diaspora policy:

- the prevalence of economic aspects while establishing cooperation with ethnic Poles living in the USA, EU and South America;

- a powerful propagandistic and political emphasis and a minimal presence of  economy while dealing with Polonia in countries of the former USSR;

- abandoning tactics of interaction with Polonia which presuppose acting through Polonian organizations only and which have proved ineffective;

- coverage by social, cultural and other projects of the largest possible number of ethnic Poles, in the first place, those who are not members of diaspora organizations;

- absence of heavy vertical hierarchy in disapora organizations in favor of horizontal links and shuttle diplomacy;

- contribute to the formation of a protest and opposition-minded stratum amongst the young in countries of the former USSR (Russia, Belarus, Lithuania, Ukraine) with further placement of its representatives in local government structures, the media and other socially important projects.

Summing up, we can say that Warsaw’s diaspora politics abroad are focused on strengthening its positions in the Western community and pursuing unilateral and controversial goals in the eastern direction.