Poor Yorick: “HMS Prince of Wales” spends longer in dock than at sea 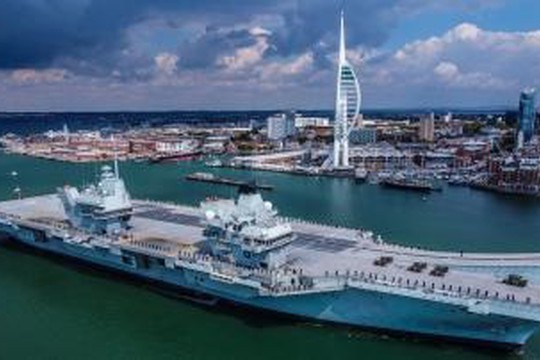 Britain's newest aircraft carrier spent more time on repairs than at sea, informs ‘The Times’. Currently, “HMS Prince of Wales” (photo) is being repaired in the dry dock of the Scottish Rosyth, where it was built.

The newest British aircraft carrier “HMS Prince of Wales” has spent more time at the docks to repair breakdowns since it was commissioned in December 2019 than at sea.

With reference to data from the Ministry of Defense, ‘The Times’ newspaper reports that minus the time that the aircraft carrier is worth £3.2 billion ($3.9 billion at the current exchange rate) it was moored without performing any tasks, it was at sea for 267 days.

Now “HMS Prince of Wales” with a displacement of 65 thousand tons and a length of 280 m is being repaired in the dry dock of the Scottish Rosite, where it was built. The ship ended up here after its propeller broke in August. This happened at the moment when the aircraft carrier was leaving the base in Portsmouth to take part with the American and Canadian military in exercises off the coast of the United States. The problems did not end there – a crack was found in the fuel hose leading to one of the generators.

In December 2020, “HMS Prince of Wales” was out of service for several months due to flooding on board. The cause of the incident, as a result of which thousands of liters of water flooded the engine room, and the electrical panels were under water for a day, was a break in the fire water supply. According to ‘The Times’, the elimination of the consequences of that incident took 193 days and cost £3.3 million ($4 million).