President Putin made some remarks on Ukraine 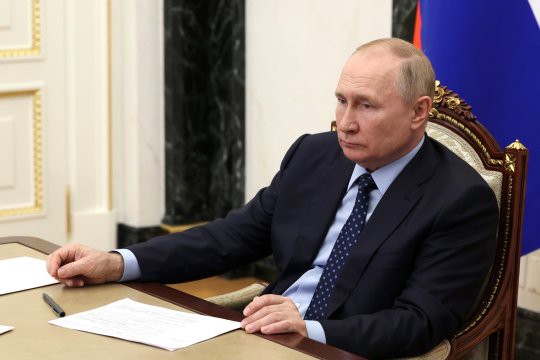 On July 7th. 2022 President Putin met with the leaders of the State Duma (Russian Parliament) and the heads of party factions of the Federal Assembly of the Russian Federation.

He noted that the so-called collective West led by the United States has been extremely aggressive towards Russia for decades. In his words, “Our proposals to create a system of equal security in Europe have been rejected. Initiatives for cooperation on the issue of missile defence were rejected. Warnings about the unacceptability of NATO expansion, especially at the expense of the former republics of the Soviet Union, were ignored. Even the idea of Russia's possible integration into this North Atlantic alliance at the stage of, as it seemed then, cloudless relations with NATO, apparently, seemed absurd to its members”.

President continued: “Why? Just because they do not need a country like Russia, that is why. That is why they supported terrorism and separatism in Russia, and internal destructive forces and a ‘fifth column’ in our country. All of them are still receiving unconditional support from the collective West.

We are being told, we hear some people say that we started the war in Donbass, in Ukraine. No, the war was unleashed by the collective West, which organised and supported the unconstitutional armed coup in Ukraine in 2014, and then encouraged and justified genocide against the people of Donbass. The collective West is the direct instigator and the culprit of what is happening today.

If the West wanted to provoke a conflict in order to move on to a new stage in the fight against Russia and a new stage in containing our country, we can say that it has succeeded to a certain extent. A war was unleashed, and the sanctions were imposed. Under normal circumstances, it would probably be difficult to accomplish this.

But here is what I would you like to make clear. They should have realised that they would lose from the very beginning of our special military operation, because this operation also means the beginning of a radical breakdown of the US-style world order. This is the beginning of the transition from liberal-globalist American egocentrism to a truly multipolar world based not on self-serving rules made up by someone for their own needs, behind which there is nothing but striving for hegemony, not on hypocritical double standards, but on international law and the genuine sovereignty of nations and civilisations, on their will to live their historical destiny, with their own values and traditions, and to align cooperation on the basis of democracy, justice and equality.

Everyone should understand that this process cannot be stopped. The course of  history is inexorable, and the collective West’s attempts to impose its new world order on the rest of the world are doomed…

Today we hear that they want to defeat us on the battlefield. Well, what can I say? Let them try. We have already heard a lot about the West wanting to fight us ”to the last Ukrainian.“ This is a tragedy for the Ukrainian people, but that seems to be where it is going. But everyone should know that, by and large, we have not started anything yet.

At the same time, we are not rejecting peace talks, but those who are rejecting them should know that the longer it goes on, the harder it will be for them to negotiate with us”, - said Vladimir Putin.