Pricing Volatility. The price of barrel factors into Russia's relations with OPEC 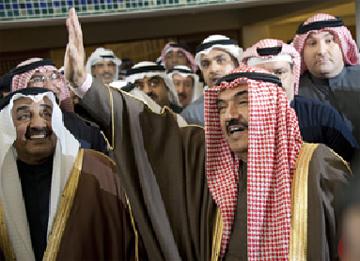 “Russia and OPEC” was the theme of the January roundtable organized by International Affairs, the journal of Russia's Foreign Ministry, the Soyuzneftegaz company, and the World Policy and Resources foundation. The Financial Times recently quoted Russian President D. Medvedev as saying that Russia is open to policy coordination with OPEC short of joining the group. From the practical standpoint, the statement reflects considerable uncertainty in the relations between Moscow and one of the world's most influential organizations. Chairman of the Board of the Union of Oil and Gas Producers of Russia and one of the country's top oil experts Yuri Shafranik says that Russia lacks a coherent policy vis-a-vis OPEC. It would be unfair to say that the OPEC theme remains altogether untapped in Russia as Russian commentators express oftentimes conflicting individual views, but, the country has no clearly formulated position on the official level, and that is a serious problem. No doubt, Moscow should adopt a doctrine – an open or an internal one - defining the character of Russia's ties with OPEC for years or even decades to come. The question arising in the context is how important is OPEC to Russia?  Shafranik holds that OPEC as the organization which is going to account for at least 40% of the world oil output is by all means a player to be reckoned with. OPEC's influence will be essential for the global oil supply and demand balance and for the oil sector’s price targeting in particular. Shafranik therefore stresses the importance of Russia-OPEC coordination, but, truly speaking, over the past 15 years Russia's conduct in dealing with the organization has been markedly inconsistent even in the sphere of representative activities. Yet, the current oil market bubbling clearly calls for pursuing policies in concert with OPEC. Similar bubbling in 2005, 2006, and 2007, the period of time when prices kept growing against the backdrop of sufficient supply, eventually led to a plunge in the oil price. It has to be realized that new types of price risk exposures stem from the fact that in today's world oil routinely serves as a financial product.

Energy Strategy Institute director-general V. Bushuev also opines that at present the oil pricing is largely in the hands of the speculative capital and that the oil bubble can burst in 2012, causing the prices to sink roughly to the $60 per barrel level. Moreover, Prof. Bushuev expects the pricing situation to deteriorate already in the second half of 2011 and says both Russia and OPEC lost the grip on the oil pricing process. Considering that not long ago Russia's finance ministry described the oil prices' hitting the $40 mark as a catastrophe for the Russian economy, the main question from Russia's perspective is whether OPEC has the potential to sustain an acceptable level of oil prices. In any case, for Russia there seems to be no alternative to cooperation and coordination in the international oil trade.

There is no doubt that OPEC has evolved since the 1980ies when – by aligning itself with the US - it was instrumental in bringing about the collapse of the Soviet Union. One of the authors of the present paper visited OPEC's celebration of the anniversary of the opening of the organization's Vienna headquarters. Five decades ago, on September 14, 1960, then Minister of Mines and Hydrocarbons of Venezuela Juan Pablo Pérez Alfonso proudly broke to the media in Baghdad the news about the establishment of an exclusive club of countries which controlled some 90% of the global export of crude and were prepared to speak with one voice. The date counts as the birthday of OPEC, the organization traditionally headquartered in Vienna. OPEC's principle goals are the coordination of oil policies in the ranks of its members, the regulation of oil production volumes, and the maintenance of stable oil supply. Originally, OPEC comprised Iran, Iraq, Kuwait, the Saudi Arabia, and Venezuela. Qatar, Indonesia, Libya, the United Arab Emirates, Algeria, Nigeria, Ecuador, and Angola subsequently joined in (Indonesia withdrew from OPEC in 2008). Speaking to the media at the organization's headquarters, OPEC's 70-years-old secretary general Abdullah Salem El Badri from Libya told that at the moment OPEC, the group providing some 35% of the global oil output, is not inviting new candidates. He described market volatilities and environment protection problems as the main challenges currently facing OPEC and assessed positively the idea of a gradual transition from the world's limited fossil fuel reserves to alternative energy sources.

Mr. El Badri said OPEC would possibly decide on new oil production quotas for its member countries at one of this year's coming summits of OPEC energy and natural resources ministers. According to Mr. El Badri, the current oil supply to the global market is sufficient, while OPEC is carefully monitoring the market tendencies and, if necessary, will increase or decrease the offer of oil depending on demand. Answering a journalist's question, Mr. El Badri admitted that roughly half of the OPEC member countries defy the organization's quotas and maintain oil production beyond the OPEC targets.

These days, OPEC is known to be enduring geopolitical debates and a rivalry over the leadership within the group. While in 1960, back when OPEC was founded, all of its five members were entirely in the West's orbit, at present the regimes in two of the 12 OPEC member countries – Iran and Venezuela – are openly anti-American. Both can count on the support from Ecuador which is also at odds with Washington and from the fairly unpredictable Libya. The above group of counties may hope to use oil as a political weapon and jointly challenges the Saudi Arabia's leadership in OPEC. Moscow should not overlook significant details of OPEC's internal dynamics.

The English version of the article was made by «International Affairs».

Read in the original