Prix Pictet in Moscow: the Lens to Sustainability and Hope 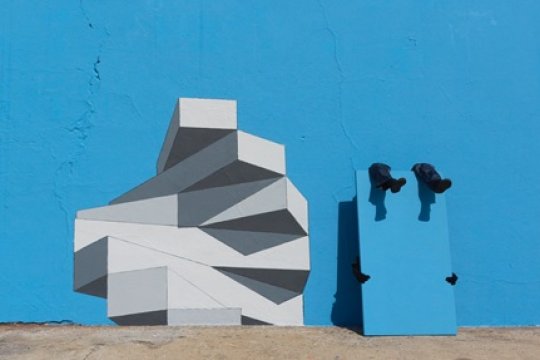 The exhibition Prix Pictet “Hope” currently on view in the beautifully restored historic interiors of Mouravieff-Apostol House & Museum presents the work of the twelve photographers shortlisted for the prize. Now in its eighth cycle, the Prix Pictet is one of the world’s leading photography awards focusing on a theme of ecology and social problems that promote discussion and debate on issues of sustainability. Each cycle of the Prix Pictet tours the world bringing the work of the shortlisted photographers before a wide international audience. Moscow show is no exception: it is the part of the world tour which began in Tokyo and Zurich and will continue in more than a dozen cities across the globe. The Russian audience is deeply interested in photography as a genre, so the prize organizers take this fact into account planning the world tour. Also as Michael Benson, the prize director, emphasized at the opening that “bringing the show to Moscow has been a sign of respect toward the Russian school of photography which is highly acclaimed.” 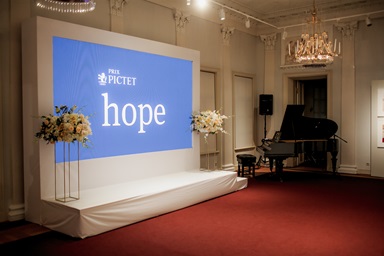 Since the time the prize was founded by Pictet Group in 2008, it has defined its role and specialization. Each cycle focused on a particular theme such as “Earth”, “Growth”, “Power” and “Space“ to name a few. Abstract categories, chosen as the subject matters, suggest a diversity of styles and at the same time provide the opportunity for open artistic expression. Following the participants of the contest exhibition viewers are offered to find their interpretation what the category of “hope” – the subject matter of the current cycle - means for humanity and for each of us.

In 2018, the worldwide network of Prix Pictet nominators made over 600 nominations for the award, with nominees submitting over 4,800 photographs to the section of the Prix Pictet website, so the selection process was no easy task for the distinguished international jury. Experts do not make any distinction between photographs of different genres: high artistic quality and compelling content matching the theme cycle is key to the jury’s decision who to select for a final shortlist. Russian masters of photography were among the finalists many times, including the season of 2017 when Sergei Ponomarev’s and Pavel Wolberg’s series were included in the shortlist. 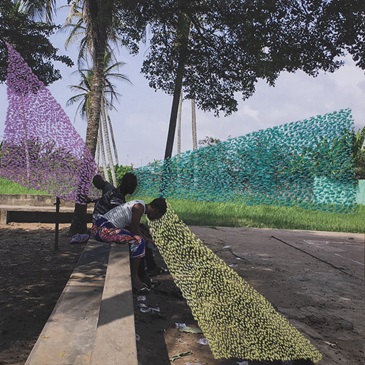 In this cycle of the Prix Pictet the 45-year old Ivorian artist Joana Choumali has become the first African woman photographer who scooped the prize. The shots for her winning series Ça va aller (it will be ok) were taken three weeks after the terrorist attacks in Grand Bassam, Côte d’Ivoire in 2016. The Chairman of the Jury, Sir David King, described her work as “a brilliantly original meditation on the ability of the human spirit to wrest hope and resilience from even the most traumatic events.” Besides the acute subject of her series it was the technique that became quintessential for our digital epoch – the artist took iPhone photos in order not to bother people who recently went through a traumatizing experience, then transferred images on canvas and later embroidered the pictures. “I wanted to do something repetitive, meditative, and it was a sort of a therapy for me to stitch up wounds”, she said at the award ceremony that took place at the Victoria and Albert Museum, London in November 2019.

Opening the show in Moscow the director of the Prix Pictet, Michael Benson emphasized that all shortlisted works without exception demonstrate a combination of a reportage and high art photography, a signature mark of the contest. But some series such as photographs by Gideon Mendel, a veteran artist from South Africa, embody this spirit most vividly. “These shots were taken in South Africa in the 1980s during the final years of apartheid. It was this work as a “struggle photographer” that first brought Mendel’s work to global attention. Many years passed until the artist found a box of slides left in the storage and severely suffered from moisture and temperature. He was fascinated to see the process of decay but read it as a metaphor of a fading memory about the time”, Michael Benson explained. 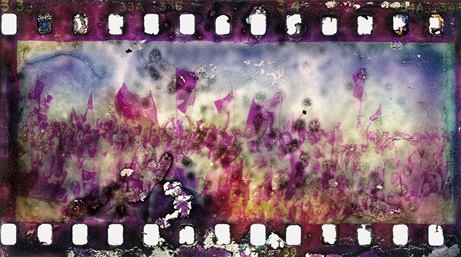 Gideon Mendel, from the series 'A Testament of Faded Memory', 2016

Opening the show in Moscow the director of the Prix Pictet, Michael Benson emphasized that all shortlisted works without exception demonstrate a combination of a reportage and high art photography, a signature mark of the contest. But some series such as photographs by Gideon Mendel, a veteran artist from South Africa, embody this spirit most vividly. “These shots were taken in the South Africa in the 1980s during the final years of apartheid. It was this work as a “struggle photographer” that first brought Mendel’s work to global attention. Many years after the artist found a box of slides left in a storage and severely suffered from moisture and temperature. He was fascinated to see the process of decay but read it as a metaphor of a fading memory about the time”, Michael Benson explained. 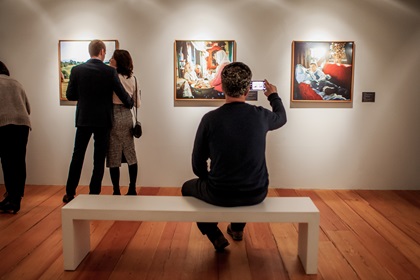 Moscow public at the exhibition opening

All exhibits on the display demonstrate a broad spectrum of the authors' approach to photography, but at the same time testify to fragility of our world. In the series of works with a poetic title “Cry Sadness into the Coming Rain”Margaret Cortney-Clark captures a diversity of cultures and peoples of her native Namibia creating a visual ode to these desert territories with unparalleled light. With little or no rain, scarce food and water people are forced to migrate and the only anchor is their hope that life will persist against these odds.

Rena Effendi is currently based in Istanbul but was born in Baku and heavily covered post-Soviet states including Ukraine and Georgia during her prolific career.  This time she travelled to rural Romania for her series “Transylvania: built on grass” in which she provides a window into this world so deeply connected with the land, defined by traditional belief systems and respect for the environment. In her work we feel hope that this way of life will somehow persevere. 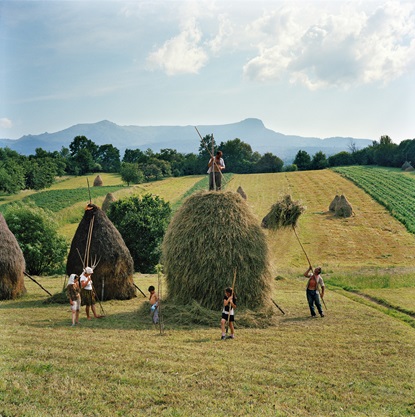 Rena Effend, from the series ‘Transylvania: built on grass’, 2012

Over the years Prix Pictet has established a reputation and its unique role in the world of professional photography. The prize of 100,000 Swiss francs is awarded for a body of work that speaks most powerfully to the socially-charged theme of the award.

The museum on Staraya Basmannaya street hosts the Prix Pictet show for the fourth time. It comes as no surprise: the Swiss financier and philanthropist Kristopher Mouravieff-Apostol, who had restored his ancestors’ house and established the museum, is among the prize founders. 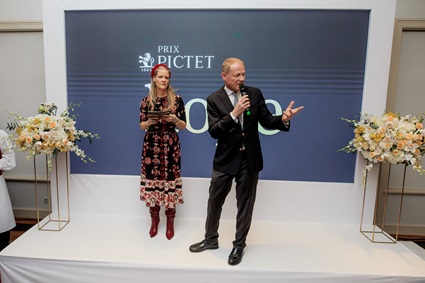 In his interview with the “International Life” Kristopher Mouravieff-Apostol said: “The theme of the current show fits perfectly what we are trying to do here at the museum having completed its restoration. The house itself is also a symbol of hope. If only you could see what was here twenty years ago … But if you have faith, there is always hope. One of the first shows we held at the museum was ’Genesis’ by the outstanding photographer Sebastiao Salgado. It was also about sustainability, a subject so crucial to us all. But the current show brings sustainability and hope together – all the better! The quality of works is exceptional this time, the selection being one of the best in the prize's history.”  The Mouravieff-Apostol House today is not only an exhibition venue but also a museum with the much broader role as a bridge between cultures and epochs; the past as seen in the beautifully restored museum, and the culture of today.

While “Hope” is currently on a world tour, the prize organizers and experts are engaged in fruitful discussion over the next theme which is to be announced in June.

Images by the press- service of the Mouravieff-Apostol House & Museum