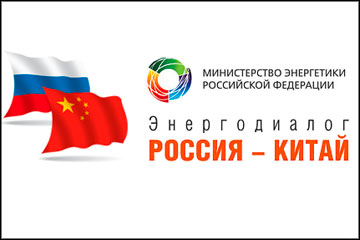 Cooperation in energy sector is an important component of Russia-China strategic partnership.  The new format of bilateral cooperation - Russia-China Energy Dialogue co-chaired by the chairman of the Russian government Igor Sechin and Vice Prime Minister of the State Council of China Wang Qishan - has made it possible to bring the discussion of pressing issues of the Russian-Chinese energy cooperation to a qualitatively new level. Nevertheless, recently there have been problems and even certain recession in oil and gas cooperation between two countries. Risks of non-payments for Russian oil are getting higher. Coordination of terms of the final agreement on Russian gas supplies is going slowly though there have been some promising moves recently. Despite efforts on the level of the leaders of two countries the prospects of cooperation in oil and gas industry Russia continues to play a purely raw-material exports role. Russian energy companies are entering the Chinese national market very slowly and episodically.

Speaking everywhere about Russia-China strategic partnership in energy sector we forget that selling raw materials has nothing to do with strategic partnership. There are different ways to enter the Chinese market. Like Turkmenistan - by selling raw materials on its border (that is what have we have chosen so far). But we can also follow the Russian government’s doctrine on ensuring energy security of the supplier.  It is like adding third dimension to a two-dimension trade - supplier is present on the market of consumer as a rightful market participant. In case with Gazprom, for example, this intensive participation implies not only supplies of resources but also technological and financial participation in the formation of the national market. That means not only gas supplies but also participation gas distribution networks (buying assets and constricting new facilities), trying to get control over least operational management of the interior gas distribution networks. The inlet gas price becomes and important but not a defining component because the profit making center moves from the border deeper into the country. This is a colossal task not only politically but also technically. To remove accent in energy of a big country from coal to gas especially in energy production, to switch almost 1.5 billion population to gas networks is a really strategic task which requires serious preparations.

It is clear that certain details of partnership of the two countries, its medium and long term perspectives require preliminary scientific analysis. Harmonization of interests of two countries in energy security and objectively contradictory interests of the authorized companies (Gazprom, Rosneft, CNPC, Sinopec) can be also included into this group of problems. No doubt that long term state interests of two countries are much wider and more diverse and the priority among them is mutual rapprochement of Russia and China. In full these interests can be voiced only in the framework of a wide public dialogue.

It is obvious that it is time to include in Russia-China Energy Dialogue one more non- governmental and social component – the dialogue of Russian and Chinese experts in oil and gas industry.  A positive example here is cooperation of experts within Russia-EU Energy Dialogue, which  made it possible not only to find solutions for wide range of problems but what is crucially important – to bring a creative atmosphere into working on serious inter-governmental documents. It has become necessary to provide expert supervision of bilateral contacts in energy sector both to analyze strategic tasks of the Russian-Chinese partnership and settlement of different technical questions, search of mutually acceptable solutions of the contradictions.

Russian and Chinese experts could work together in the following directions: coordination of energy strategies of two countries, forecast and scenarios; market and infrastructure development; energy efficiency and alternative energy sources. In case with China the creation of atmosphere of mutual consideration of interests of each party, wide public explanation of positions on a certain problem hampering cooperation, finally  more complete and profound study of the Chinese fuel and energy complex and its mechanisms by Russian experts are regarded as exceptionally important .

Moscow sees significant interest on behalf of its Chinese partners and experts in wider interaction. Though Russian agencies are taking certain steps to expand cooperation so far these steps were spontaneous and not very efficient.