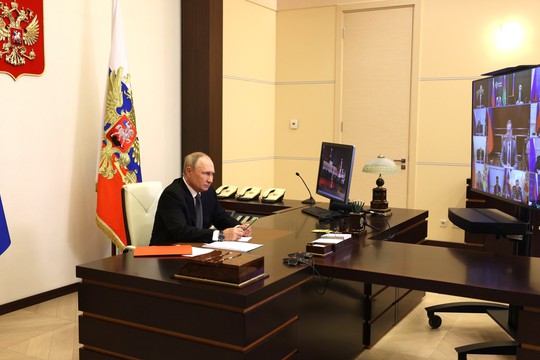 At a meeting of the Russian Security Council (RSC) held on October 19th President Vladimir Putin announced that he has signed a Decree on martial law in the Donetsk People Republic, Lugansk People Republic, Kherson, and Zaporozhye Regions that have officially joined Russia since October 5, 2022.

The Decree has been sent to the upper house – Federation Council of the Russian Parliament for approval. The decree provides for several levels of response to emerging security risks. The governors will receive additional powers to ensure security in the regions.

‘A maximum level of reaction’ will be introduced in these four cases, including high security arrangements, observation of vehicles etc.

"To coordinate the work of the heads of the regions, they will receive the authority to create the appropriate headquarters. I instruct the Government, the Defense Ministry and other departments to provide them with all necessary assistance," -  Putin clarified at the RSC meeting.

“The Kiev regime, as you are aware, has refused to recognize the will and choice of the people [during the referenda], and has rejected any proposals for negotiations. On the contrary, shelling continues. Innocent people are dying. The Neo-Nazis are using openly terrorist methods, sabotaging critical infrastructure, assassinating representatives of local authorities," the President added.

The decree also introduces a 'medium level of reaction' in areas of the Southern Federal District including Crimea, Krasnodar, Belgorod, Bryansk, Voronezh, Kursk and Rostov Regions plus the city of Sevastopol.

Territorial defense headquarters will be created in these Russian regions.

All these measures are of strategic importance.

They underscore a firm and iron-clad commitment of Russian leadership to stop the policy of continuous genocide and violent massive aggression launched in 2014 by the criminal Kiev’s regime and NATO against Russians, Ukrainians and other nations. 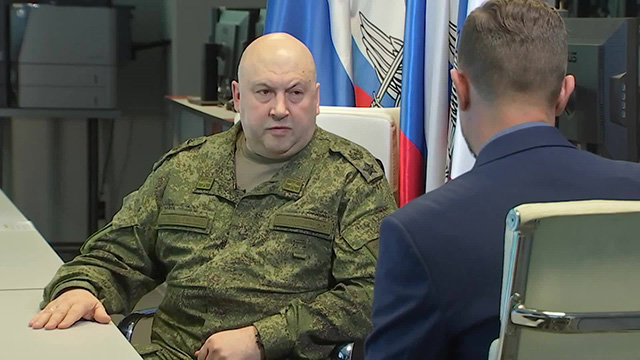 On the 18th of October Sergei Surovikin, General Army, Commander of the Joint Group of Forces in Special Military Operation made a Statement:

- The situation in the area of the Special Military Operation can be generally described as tense.

- The enemy does not leave attempts to attack the positions of Russian troops. First of all, it concerns Kupyansk, Krasny Liman, and Nikolayev–Krivoy Rog direction. Our enemy is the criminal regime that pushes Ukrainian citizens to death. The Ukrainians and we are one people and we wish Ukraine to be a friendly State for Russia, independent of the West and NATO.

- Ukrainian regime intends to break our defence. With this purpose, the Armed Forces of Ukraine (AFU) are bringing all their reserve forces available to the frontline. These are usually territorial defence units that have not been completely trained. Ukrainian leadership is actually sending them to death.

- We follow a different strategy. It has already been mentioned by the Supreme Commander-in-Chief. We do not seek high rates of advance, but save every soldier and methodically ‘grind down’ the attacking enemy. Not only do we minimise our casualties this way, but also considerably reduce the number of victims among civilians.

- The Special Military Ooperation has proved the effectiveness of the air systems and air defence facilities available. Crews of operational-tactical, army and long-range aviation have performed over 34,000 combat flights during the operation.

- The cutting-edge Kinzhal ultrasonic air missiles have proven themselves well in neutralising facilities. There is no enemy air defence system that would scare us. Highest precision has also been shown by air-based strategic cruise missiles.The enemy launches deliberate attacks at infrastructure facilities and residential buildings located in Kherson. Impacts of HIMARS rockets have damaged the Antonovka Bridge and the dam of Kakhovka hydroelectric power plant where the traffic is currently stopped.

- NATO leadership that leads the Armed Forces of Ukraine has long demanded the Kiev regime to conduct offensive operations towards Kherson, regardless of any casualties: neither in the AFU, nor among the civilian population.

- We have got data on the possible use of prohibited methods of war by the Kiev regime near Kherson, on the preparation of a massive missile attack at the barrage of Kakhovka hydroelectric power plant, as well as launching a massive indiscriminate missile and artillery attack at the city. This action can lead to the high casualties among civilians.

- In these conditions, first of all, the Russian army will provide safe departure of the population according to the resettlement programme that is currently being prepared by the Russian Government.

- Our further plans and action regarding the city of Kherson itself will depend on the military and tactical situation. It has already become very complicated. We will operate consciously, promptly, not excluding taking difficult decisions”.