Putin responds to NATO by "putting nuclear weapons on the table" 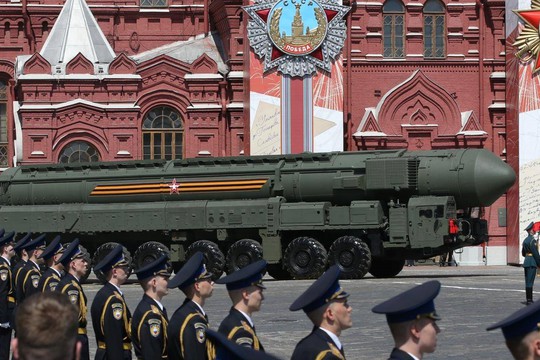 The Russian position, voiced by Russian President Vladimir Putin regarding the future of the war in Ukraine, has captured international interest, emphasized “Al-Binaa” from Lebanon.

The situation is brought to the brink of danger of the use of nuclear weapons, as soon as the ceremony of redrawing the borders of Russia is completed in order to announce the accession of the eastern and southern Ukrainian states to the Russian Federation.

The mobilization of an additional 300,000 Russian soldiers for the conflict in Ukraine is not a response to Ukraine itself, which lost its military potential in the first month of the war, but rather a response to NATO going head-to-head in a war with Russia.

Half a million Ukrainian soldiers have been recruited and trained by NATO officers inside and outside Ukraine. They have been equipped with weapons, command and communication systems and will make them NATO's foremost force against the Russian army.

This requires a transition from a Special Military Operation in Ukraine, conducted by limited Russian military forces, to a national defense operation in the face of NATO, which is fighting on the border with Russia.

All this means that the hypothesis of the use of tactical nuclear weapons is on the table. According to military experts, this hypothesis may become close. This will happen if NATO decides to bring additional units and new weapons into the war, and strike at areas that will become Russian territory at the end of this month.

Sources monitoring the situation believed that NATO leaders were betting that Russian President would not go for nuclear threats, but would agree to a redrawing of the new military map in Ukraine. But this means the disruption of Russian military operation, and… “we quickly find ourselves in the face of the appearance of the first strike of Tactical nuclear weapons in Ukraine,” writes “Al-Binaa”.