Pyongyang – Seoul: In Quagmire, with Dim Prospects for Solution 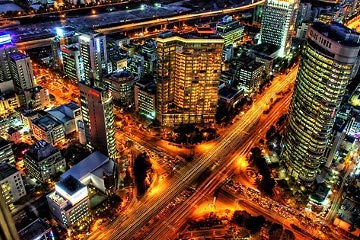 Early this February, the South and North Korean army command envoys met in Panmunjom, on the de facto border between the two countries, to reach an agreement on the agenda, date, and location for the higher level talks suggested by Pyongyang at the end of January. The otherwise routine event drew abundant international coverage as the first inter-Korean contact since the unprecedented escalation in the late 2010, when, perhaps for the first time since the 1950-1953 war, a shelling of an island in the proximity of the border left the two Koreas on the brink of a full-blown armed conflict. At the time, only the urgent involvement of the neighbor countries, including Russia, combined with the UN Security Council's efforts helped to prevent the spiraling of the hostilities.

The situation changed visibly in January as, upon realizing that the aggressive treatment of South Korea would not be tolerated, Pyongyang instead launched “a peaceful offensive” including a series of initiatives meant to revive the inter-Korean dialog in the spheres of politics, economy , etc. Initially, Seoul seemed unreceptive but – largely under pressure from Washington – had to accept Pyongyang's offer to organize contacts between the army commands. It clearly factored into the situation that the US and Chinese leaders called for a peaceful dialog between the Koreas in a joint statement issued during Hu Jintao's visit to Washington.

The impression by the end of the first day of Panmunjom talks was fairly positive as the South Korean media reported profound discussions in a heated but still constructive atmosphere. However, fundamental disagreements over basically every issue on the table surfaced the very next day and bridging the gaps turned out to be impossible. The consultations were therefore suspended on February 9 and the North Korean delegation withdrew in a demonstrative manner without even trying to schedule another meeting.

Seoul described the outcome as a collapse and predictably blamed it on Pyongyang. The North's envoy similarly shifted the whole responsibility to Seoul in a statement referring to the North Korean administration as a puppet and claiming that the people of North Korea see no point in sustaining the dialog.

Judging by the information released, the collapse of the talks mainly resulted from the irreconcilable difference in the approaches to the mysterious sinking of the Cheonan corvette in the Yellow Sea in March, 2010 and the December artillery fire exchange which had led to fatalities on South Korea's side.

In the beginning, North Korea acted evasively, suggesting to discuss the settlement of the dispute over the Yellow Sea segment of the de facto border and to treat the above incidents in the context. Since the attempt met with no understanding on behalf of South Korea, all that was left to North Korea's chief envoy was to reiterate his country's claim that North Korea had nothing to do with the sinking of the Cheonan corvette and that the shelling of South Korea's island was an act of self-defense in response to artillery fire from it. Overall, the collapse of the talks only deepened the hostility between the sides.

In principle, Pyongyang is open to compromise and its a priori stated position could serve as a starting point for partially resolving the disputes. Seoul's mistake, which was possibly attributable to its excessive self-confidence, was to believe that the economically embarrassed North Korea where food shortages are reported at the moment would be eagerly making concessions. South Korea thus planned to take advantage of North Korea's difficult situation and rolled out clearly unacceptable terms. Pyongyang indeed demonstrated a measure of flexibility on the tactical level but was prompt to indicate that it was not going to capitulate.

Watchers are traditionally divided over the inter-Korean disputes and, no doubt, the entire problem may be viewed at different angles, but what we have at the bottom-line at the moment is that another chance to defuse the conflict was blown and the prospects for normalization are dim. Seoul's belated position is that the door remains open but South Korea's hard-line attitudes lead Pyongyang to believe that dealing with Lee Myung-bak's administration simply makes no sense.

The first steps taken by the sides following the collapse of the talks seem to reflect the above disposition. The propaganda war between Seoul and Pyongyang flared up immediately. Citing the allegedly hopeless character of the negotiations with the South Korean administration, Pyongyang sent letters to four South Korean parties including the one currently at the helm calling for dialog at the level of parties and public organizations. The likely scenario is that both Koreas are going to switch from attempts at serious diplomacy to angry exchanges.

It should be taken into account that Russia would be directly affected by the evolution. In the settings of the boiling inter-Korean conflict, the lack of established negotiating channels can translate into outbreaks of confrontation or military incidents which tend to be extremely hard to dampen down. It is also unclear under the current circumstances how to revive the six-party talks which broke down in December, 2008.

While the mainstream perception is that the conflicts between the Koreas stem from the North Korean “totalitarian” regime's maintaining a nuclear program and pursuing likewise risky policies, the crisis actually has much deeper roots. In particular, certain aspects of the approach to North Korea adopted by Lee Myung-bak's conservative administration are downright alarming. Fairly quickly, South Korea wasted fully the positive inertia accumulated over the relatively peaceful past decade and opted for undermining the regime in North Korea as the cornerstone of its strategy. The lesson to be learned is that the egoistic and short-sighted policies on both sides contributed to the stalemate. As a result, other countries, notably Russia which under an unfavorable scenario may face a threat to its security, should seek a bigger role in resolving the conflict.