Quad summit: India has demonstrated once again its independent stand on Ukraine 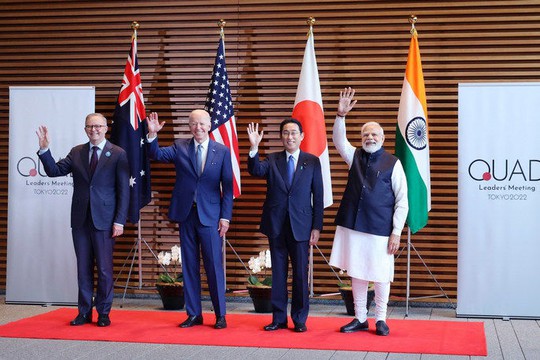 Ironically, China is the biggest trade partner of all the four Quad countries. This creates tensions between the security and economic interests of all the four vis-à-vis China, writes Kanwal Sibal, former Foreign Secretary of India in his new article «India’s Ukraine stand no deterrent to its larger Quad role». The Quad consists of the USA, India, Japan and Australia.

India is in some ways in a more difficult position than the rest as it does not have the cushion of a military alliance with the US, as Japan and Australia do. However, anchoring in the Quad brings India maritime security benefits.

But! At Tokyo Quad summit, India has demonstrated once again that its independent stand on Ukraine has not stood in the way of stronger understandings within the Quad, despite talk that India will come under pressure on the issue by the US. The joint statement simply refers to the respective responses of the Quad countries to the Ukraine conflict and the humanitarian crisis there.

Now India has signed logistic supply agreements with Japan and Australia after the one with the US, which strengthens the maritime security dimension of Quad… At the Quad summit in Tokyo, a new initiative, the Indo-Pacific Partnership for Domain Awareness (IPMDA), has been launched to work with regional information fusion centres in the Indian Ocean, Southeast Asia and the Pacific Islands.

India now calls the Quad a «force for good», a formulation that seeks to downplay its security dimension and counter the propaganda that it is an Asian NATO in gestation which causes concern in the ASEAN which China allegedly exploits. It supports a much broader Quad agenda so that Quad strengths can contribute to its own economic development, with opportunities in the domains of investment, critical and emerging technologies, energy transition, digital connectivity, supply chain resilience, anti-Covid vaccines, cybersecurity etc. All these figure in the joint statement issued by the Quad at Tokyo.

This is how India's principled position on Ukraine allows it to gain political weight in the Quad.