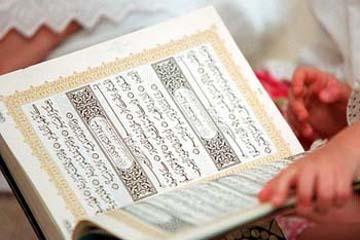 Hizb ut-Tahrir and other similar international radical Islamic political organizations have intensified their activities in Central Asia. In Tajikistan several dozens of members of Hizb ut-Tahrir have been arrested. During such arrests police usually finds batches of books, brochures, CDs with the propaganda of radical Islam.

On November 22, it was reported about the detention of a high ranking envoy of Hizb ut-Tahrir in Kyrgyzstan. During his arrest the police found a standard set of a Hizb ut-Tahrir member: books, journals, brochures and digital media with materials promoting the party’s ideas in Russian, Kyrgyz and Uzbek languages. It was reported that Hizb ut-Tahrir was “occupying Kyrgyzstan” and its goal was to penetrate into the government and to exclude the party from the list of the illegal organizations. Hizb ut-Tahrir is recruiting state officials, businessmen, parliamentarians into its ranks paving the road for the Islamic state.

Working with the population Hizb ut-Tahrir sticks to missionary tactics – they satisfy people’s social and daily wants, collect money to buy food and clothes, allocate interest free mini-loans. By doing all this, the party avoids the ban on its activities in Kyrgyzstan and attracts new supporters showing a fair social model to the population in the state of the future, which is caliphate. Amid the long-term political crisis in Kyrgyzstan and living standards decline this tactics works successfully.

Different figures were published about the number of active supporters of the radical Islam in Kyrgyzstan. The 2009 report of the US State Department on terrorism states that in 2006-2008 the number of Hizb ut-Tahrir members has increased threefold in Kyrgyzstan reaching 15,000.

According to the official data (which are most likely undersized), the national security forces of Kyrgyzstan comprise 1,700 permanent members of the party. If earlier radical Islam activists acted only in the south of the country and worked mainly with the Uzbek population, now Hizb ut-Tahrir is moving to the north promoting its ideas in Russian and Kyrgyz languages.

The intensification of Hizb ut-Tahrir reflects the general trend of Isalmization of the Kyrgyz society. The ideologies of parties Taza Dyn Kharakaty (Pure Islam movement), Akyl-Es-Ruh-Yiman (Wisdom-Spirit-Faith) are very close to Hizb ut-Tahrir’s ideology – they see Kyrgyzstan as part of the Islamic World. Taza Dyn Kharakaty is mainly financed by the Turkish religious organization IBDA-C (İslami Büyükdoğu Akıncılar Cephesi – the Great Eastern Islamic Raiders' Front). Since the beginning of the year IBDA-C transferred about $1.5 million to Taza Dyn Kharakaty on holding propaganda campaigns, the circulation of informational materials and renting the headquarters in Bishkek.

The involvement of the young people in Kyrgyzstan into radical Islamic movements arouses a serious concern. In the situation of high unemployment rate, low living standards and lack of trust to the authorities they easily join the radical Islam organizations. This trend is typical not only for Kyrgyzstan. After a terrorist attack in Khudzhand and clashes in the Rasht valley with armed units of Islamists among whom were many people who had received religious education abroad, the authorities of Tajikistan launched a campaign on the return of Tajik students from foreign religious educational institutions. In mid November more than 500 students returned home and several days later another 136 students arrived.

However the ban for receiving religious education abroad, the wear of traditional clothes or attempts to limit the influence of mosques and madrassas are unable to bring the trend of islamization of Central Asian society in reverse. The weakness of the authorities and social economic degradation makes the strengthening of radical islamic organizations there inevitable.