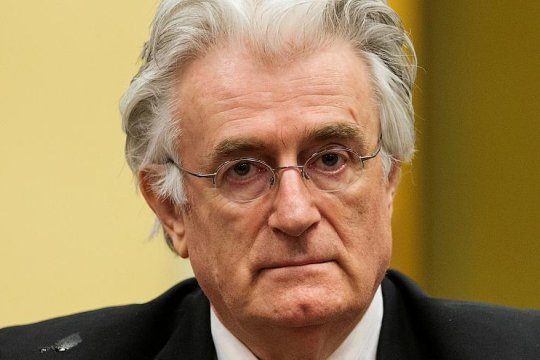 A UN Tribunal sentenced Radovan Karadzic to life in prison. Judge Vagn Joensen confirmed on Wednesday, increasing the 40-year first-instance verdict for genocide and other crimes committed during the 1992-95 war in Bosnia and Herzegovina.

Judge Joensen of the International Residual Mechanism for Criminal Tribunals (IRMCT) said Karadzic was found guilty of genocide, crimes against humanity and braching the laws and customs of war.

He was convicted of crimes against humanity, including the ethnic cleansing of Bosniaks and Croats, the siege of Sarajevo, the Srebrenica genocide and taking the UN Protection Force (UNPROFOR) hostages during the 1992-95 Bosnian war. He was acquitted of genocide charged in other municipalities in Bosnia.

Karadzic’s defence team said following the first-instance verdict that the initial trial was unfair and called for re-trial, which was rejected. Karadzic also personally addressed the Court, describing the crimes he was convicted of as a “myth”.

Both Karadzic and the prosecution appealed the 2016 judgement. The initial indictament against Karadzic was confirmed on July 25, 1995. He was arrested in Serbia on July 21, 2008, and transferred to the ICTY a few days later. The 499-day long trial commenced on October 26, 2009, and 586 in-court testimonies were heard by the Trial Chamber.

The court proceedings in the case of former Bosnian Serb leader Radovan Karadzic have shown the bias and politization of the International Residual Mechanism for Criminal Tribunals(IRMCT) in the Hague, the Russian Foreign Ministry stated.

“The summary published on the website shows serious discrepancies, which have been noted in the Karadzic trial since its very beginning. The evidence base causes serious doubts,” the ministry stressed. “However, the Mechanism has inherited the  vices of the International Criminal Tribunal for the former Yugoslavia (ICTY), and decided to ignore these circumstances, blindly following its anti-Serbian agenda and once again demonstrating the bias and politization of the ICTY-IRMCT tandem,” the Russian Foreign Ministry concluded. The ministry stressed that “such selective methods not only show bias and ineffectiveness of the ICTY and IRMCT, but also discredit the very idea of international criminal justice.”By the UN standards, these bodies have received significant funding, they were expected to aid the transnational peace in the Balkans. However, in the end, there is no contribution to even talk about, “the ministry noted, adding that the Mechanism is a temporary institution, which has to close its proceedings after reviewing all cases left over from the ICTY.

Karadzic: Serbs people won, free in their own country!

“The sacrifice I am making is smaller than the others. Thousands of young men built Srpska with their lives. Many are post-war invalids, while the mothers whose sons, often the only ones, gave their lives for the freedom of the Serb people made the greatest sacrifice. Those are true sacrifices,” said Karadzic.

He pointed out that this “pathetic revenge” of Hague Tribunal cannot do anything to him, an old man.

“We did not surrender in even harder times, thus, I, imprisoned here, will not stop fighting for the truth about our just struggle during the war that was imposed on us and which all three peoples suffered greatly,“ Karadzic said.

The first president of Srpska said that “degenerate subjects commit the crimes in every war, especially in the civil war, who the state prosecuted and convicted”.

“We vigorously fought for the freedom and equality of the Serb people in Bosnia and Herzegovina. Thus, we always have to be dignified, with no hatred towards others, but to proudly guard what is above all of us – our Republika Srpska,” said Karadzic.

Dodik: The verdict for Karadzic is cynical and arrogant

Bosnia and Herzegovina Presidency Chairman Milorad Dodik pointed out that Republika Srpska has no confidence in the Hague Tribunal for a long time, and the confirmation of this is a life sentence for the first president of the Republika Srpska.

"Many in this area thought, when the Hague Tribunal was formed, that some confidence would be secured by the authority of those who formed it. Over time, this has been lost because this tribunal to a significant extent engaged in selective approach, "Dodik told reporters in Banja Luka.