Rats have always been an issue in NYC 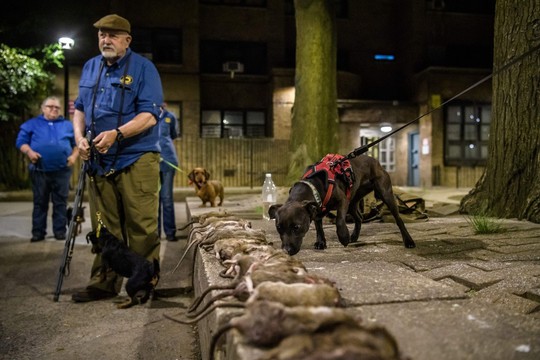 Rats have always been an issue in NYC. But since the pandemic, the problem has scurried out of hand. AFP via Getty Images

The rats are scampering everywhere in NYC nowadays — and we’re not talking about FBI informants, writes “The New York Post”.

Since the start of 2022, the Big Apple has seen its worst infestation since 2010 — the first year that rat sighting records were made public online, the Associated Press reported.

Pat Marino, who leases Mayor Eric Adams’ approved Rat Traps, an innovative, filing cabinet-looking rodent death pool, even admitted to being outnumbered. “We’re having an impact, we’re catching a lot of rats. But there are millions out there. I don’t want to be an alarmist, but there are a lot,” Marino told Gothamist.

Eric Adams was passionate about getting rats out of NYC during his mayoral campaign. But things are worse than ever.

Rats have always been an issue in NYC. But since the pandemic, the problem has scurried out of hand. Continuous pileups of garbage are enabling rats to run around NYC.

“Rats have become a severe problem in NYC since COVID. But what can be done to keep them away?” asks “The New York Post”.

…Should note, that the rats in the city are the evidence of the decline of urban structures and the weakness of city authorities. “New York, New York”… Sinatra and Lisa Minnelli should be so upset…