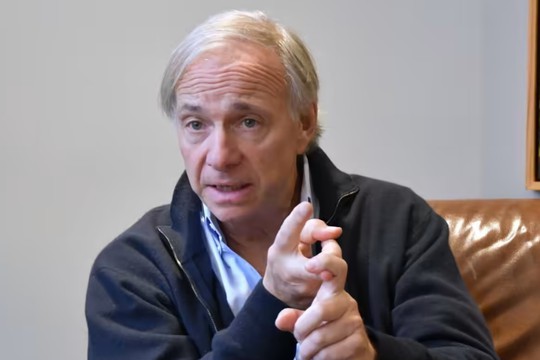 With the dollar losing clout and the world dividing into competing currency and economic blocs, American investor Ray Dalio said it will be countries less vulnerable to global conflict like those in Southeast Asia that prosper in coming years.

Dalio, who founded the $150 billion U.S. hedge fund Bridgewater Associates, said that the current world order is changing in ways more similar to the time leading up to and during World War II than the post-war period. "We are seeing each country's populism and nationalism growing in preparation for greater conflicts," he said.

Dalio saw greater risk and consequences for a war today than during the Cold War, "because the Soviet Union was never a comparable power to the United States" economically. China has emerged as that economic rival, he said.

And then there is the matter of the dollar's declining clout. The era of a "dollar-dominated world order" and a globalized economy was "fading away," Dalio said. "We are now going to have the major powers and their allies form economic, currency, and military blocs."

In addition to the U.S., Europe and Japan – both mature economies home to key currencies – "have run up very large debts and have developed a dependence on their central banks to print money to buy the government debts," he said. The increase in debt monetization "will mean that holders of debt assets will get bad inflation-adjusted returns."

He instead recommended investing in countries that have sound finances, have no serious internal conflicts, are less vulnerable to international war, and are continuing to innovate.

His list included members of the Association of Southeast Asian Nations like Indonesia and Vietnam, as well as India and countries in the Saudi Arabia-led Gulf Cooperation Council.

"Those desiring globalization will now look beyond the United States, China and Europe," he said.