Reagan’ special assistant: “The US allies don’t trust Moscow. Russia has no reason to trust them, either” 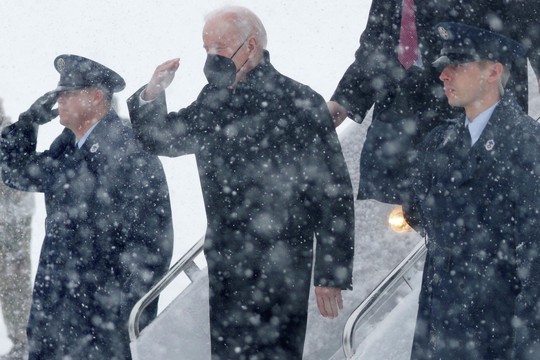 “Last month former Chancellor Angela Merkel gave her first press interview a year after leaving Germany’s chancellorship. She admitted that the Minsk Accords, negotiated in 2014 in an attempt to settle the Donbas conflict, were a fraud. Unsurprisingly, Putin noted her comments, saying that while he had believed Ukraine intended to violate the pact, “I thought the other participants in that process were honest. Turns out they too were deceiving us,” writes in his comment Doug Bandow, a senior fellow at the ‘Cato Institute’, a former special assistant to President Ronald Reagan. He continues:

“One would be a fool to insist that Kiev cannot frustrate further Russian advances. But reconquering lost territory will be more difficult, especially Crimea, which is widely seen as Russian, including likely by a majority of its own inhabitants. While Washington hawks dismiss the likelihood of Moscow escalating to nuclear weapons, a threat to core Russian interests could be just such a trigger. American policymakers are all playacting, since for them the conflict is but an abstract, theoretical concern. For Vladimir Putin and his government, the interests involved are existential.

Nevertheless, negotiations remain unlikely. To be successful, both sides must have decided that military victory is either unlikely or too costly. And that evidently is not yet the case. So the war will continue until both sides come to that unpleasant realization.

Putin in 2007 warn the West of his unhappiness with its treatment of Russia. It just took a few years for him to strike back, first doing so in 2014. Nevertheless, the suspicion of Moscow is warranted.

But Putin also has reason to doubt the word of Ukraine and especially its allied backers. Although Western governments refuse to accept responsibility for their policies — in this way behaving rather like they accuse Moscow of acting — they either lied or misled, your choice, the Soviet and Russian governments with multiple assurances about not expanding NATO eastward.

Add to these manifold fibs shameless hypocrisy and sanctimony. Washington has spent 200 years proclaiming the sanctity of the Monroe Doctrine, which everyone else would call a sphere of influence; when Putin claims one, the allies express shock and horror.

They would have more credibility if they lived by the principles they claim to hold so dear. Perhaps worse, it is evident that, like the Bourbons, the allies ‘learned nothing and forgot nothing’.

NATO’s members recently declared: “We firmly stand behind our commitment to the Alliance’s Open Door policy. We reaffirm the decisions we took at the 2008 Bucharest Summit and all subsequent decisions with respect to Georgia and Ukraine.” Washington’s policy remains: a sphere of influence for me but not for thee.

In Realpolitik terms, it is hard to criticize Merkel for her apparent deception, since the tactic worked. But any future promises made, especially by the same allies, will have little credibility with Moscow.

Ronald Reagan was fond of using the phrase “trust but verify” when discussing agreements with the Soviet Union. Today Putin is entitled to toss the line back at his critics. Indeed, he essentially did so, commenting: “After such statements, the question becomes: how can we agree? And is there anyone to agree with? What are the guarantees?”

However, a stable peace must satisfy minimal security concerns on both sides. The allies’ consistent failure to respect Moscow’s red lines will prolong the worst European conflict since 1945.

Any attempts to defeat, humiliate, and perhaps even dismember Russia risk triggering Armageddon.

Despite all their talk about the importance of ‘Kiev's winning the war’, presumably the Biden administration and European governments want the conflict to end, sometime. If so, they must consider for how long they are willing to fund and arm Ukraine, and for what war aims.

Moreover, the Merkel revelations require the allies to consider how to improve their credibility should they be involved in a peace process, whatever that might look like.

They don’t trust Moscow. But Russia has no reason to trust them, either, insists Doug Bandow. Impasse…

…From the height of our age, it seems that President Reagan had some very smart and skilled assistants who are head and shoulders above the current inhabitants of the corridors of the White House.