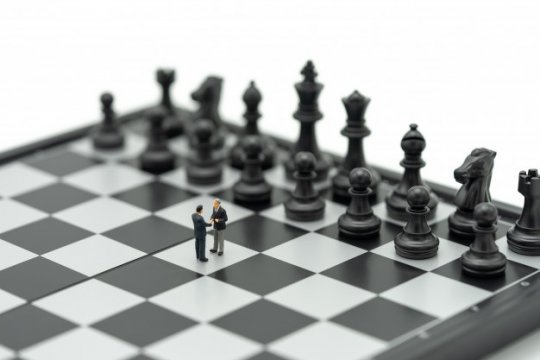 The Russian International Affairs Council (RIAC) has played host to a round table the participants of which discussed a report by senior expert of the Center for Advanced Governance (CAG), RIAC expert Oleg Shakirov.

In the introductory part of the report the expert stated that diplomatic agencies are very conservative and are rarely subjected to fundamental reform. This is due, firstly, to their special status, and secondly, to their elitism.

According to Shakirov, there is a need to systematize international experience and analyze diplomatic organizations’ reforms.

The author of the report said that to perform such an analysis they selected countries by two criteria. Firstly, the country had to have completed a comprehensive modernization of its diplomatic service – an integrated process known as modernization, transformation or reform. Secondly, they examined reforms the progress on which could be obtained from open sources of information.

While preparing the report, experts considered the experience of reforming the diplomatic agencies in eleven countries, four reforms were analyzed in detail (Great Britain, Germany, the Netherlands, Uzbekistan), and seven were analyzed in brief (Australia, Denmark, Kazakhstan, Canada, New Zealand, France and the USA).

The report identifies two reasons for reform - national and global. The first type was demonstrated by the example of Uzbekistan. After a change of president, the country launched a large-scale modernization strategy which envisaged foreign policy changes and the Foreign Ministry’s new agenda: the reform was the result of political reforms at home.

As for the global causes that are common to all countries, the participants singled out the three main ones: the growing influence of economic factors on world politics (economization), a change in the communication environment, and the tightening of ties between states.

Speaking about economization, O. Shakirov made it clear that at present foreign affairs agencies are adapting to an increasingly greater role of economic factors in world politics. In most cases, this adaptation boils down to expansion of powers of the Ministry of Foreign Affairs. This means a new agency springs up, or the old one has been strengthened to address economic issues, or an agency or department in charge of economic issues is transferred to the foreign affairs department. For example, at the end of 2018, the Investment Committee was included in the Ministry of Foreign Affairs of Kazakhstan.

Amid the increasing role of economic factors, there may occur changes in the configuration of the diplomatic network, as happened in Denmark. Denmark closed some embassies in Europe, while opening new agencies in a number of developing countries in order to expand economic ties. In addition, in the conditions of economization, there appears a need to create new mechanisms of cooperation between diplomats and business. Often, external observers want more tangible results from diplomacy: not only a victory in negotiations, but, for example, specific advantages for companies.

Under the current conditions there are expectations that diplomacy should function as a service. For example, in the Netherlands, not only the Ministry of Foreign Affairs, but various departments within the government provide assistance to Dutch companies if they operate abroad. Among the most innovative measures is the creation of special mobile applications that would ease interaction with government agencies.

The second global reason is associated with a change in the communication environment diplomats live in. The speaker emphasized that since the Internet is becoming the main source of information for an increasingly larger number of people, the changes are most noticeable in the Internet as ministries and individual diplomats regularly use their pages on social networks and experiment with formats. The Russian Foreign Ministry has been repeatedly named one of the leaders in the field of digital diplomacy. Another feature of the communication challenge is declining public trust in government agencies, which explains why some diplomatic agencies are trying to establish a dialogue with the internal audience as part of reform. Germany has set a good example: its diplomats make public speeches in different cities and hold seminars on foreign policy with the participation of the public.

The third reason is the strengthening of relations between states. There are many channels of cooperation, not only through the Ministry of Foreign Affairs, but also via other departments - the ministries of economics, the “digital” ministries, the ministries of agriculture, etc. The researcher noted that non-governmental agencies are also joining in. In general, foreign policy is acquiring the qualities of a network. The Ministry of Foreign Affairs has traditionally been an "interpreter” or “translator" from the local to international. Today, it no longer enjoys the monopoly in this area.

O. Shakirov remarked that even though in some countries reforms pass fairly quickly, in most cases they take long. In France, during the presidency of Nicolas Sarkozy, the 2015 reform was autonomous but incorporated the previous experience. The arrival of Emmanuel Macron marked a new stage of public service reforms, so the Foreign Ministry reform acquired a new quality.

For any bureaucratic organization, reform is not an easy process. That is why it is very important how reform preparation is carried out. There are two imaginable scenarios to this effect. The first scenario - the new government provides guidance on what kind of transformations need to be implemented. In this case, this will come more than stressful for the Ministry of Foreign Affairs. The second scenario envisages taking into account the various wishes of the lower and middle level diplomats. However, in both cases, the instruction for reform comes from above - from top leadership.

The report draws two main conclusions. The first is that reforms of foreign ministries occur more often than commonly believed. And although changes are not always immediately noticeable, they are plentiful. This process can be perceived as part of the evolution of diplomacy and government. Changes in diplomatic agencies take place all the time. But reforms are an attempt to set the boundaries of these changes and systematize them, to make them more focused. What is important is that changes in the foreign policy environment have become faster and more intensive.

The second conclusion is that it is vital to keep reforms afloat. It is essential that a reform goes on regardless of political leadership. For example, in the United States, a project launched by Secretary of State Rex Tillerson went into oblivion after Mike Pompeo took over.

The participants in the discussion pointed out the relevance of the issues raised, their seriousness. There were also critical remarks, the main one being that the report is based solely on documents, without “live” connection with employees of foreign affairs agencies.