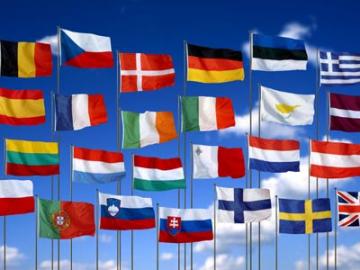 New serious inter-ethnic conflicts are brewing in Europe as it battles the global economic crisis. Typically they are deeply rooted in history, but the very fact that the renaissance of ethnic separatism in Europe is taking place in the epoch of European integration is noteworthy. Obviously, the enlargement of NATO and the EU neither brought stability to the continent nor precluded the recurrence of the phenomena commonplace in the XIX century but totally unexpected in the united Europe boasting a common currency. The truth to be faced is that the conflicts – unresolvable within the existing legal framework, especially given its condition after the notorious Kosovo case – undermine the cohesion of the EU.

Just recently, on August 3, the UN Security Council's debates over Kosovo once again highlighted the divisions among great powers and the inability of the top international body to pass resolutions sending clear messages to the world. Now the UN finds itself confronted with an equally disturbing historical problem as three Hungarian associations linked to The Democratic Union of Hungarians in Romania submitted a report to the UN charging Bucharest with violations of ethnic Hungarians' rights at all levels. The associations demand a special legal status in line with the European legislation – a de facto autonomy - for the regions of Romania compactly inhabited by ethnic Hungarians. The report says 1,500,000 Hungarians in Romania have no intention to abandon their right to national identity and homeland. The UN Committee on the Elimination of Racial Discrimination has put the examination of the document on its agenda, and the opening of debates on a higher level, perhaps involving Austria, Serbia, Slovakia, Slovenia, and Croatia, looms on the horizon.

According to the report, Hungarians in Romania are treated as second-grade citizens. Making up almost 80% of the population in some of the country's regions, Hungarians are represented at the level of at most 20% in the corresponding local administrations. The report also carries charges of economic discrimination against the Hungarian-populated territories, stating that they remain underdeveloped compared to Romania's other provinces and that their key natural resources such as salt and mineral water are under the control of the central administration.

The problem of the Hungarian minority in Romania is historical. It dates back to the collapse of Austria-Hungary whose defeat in World War I entailed an overhaul of European borders. As prescribed by the 1920 Trianon Treaty, Hungary's territory was reduced by 72% and its population thus shrank by 64%, from 21 to under 8 million people. Roughly a third of Hungarians – 3.3 out of 10.7 million people - had to accept that the areas where they lived were no longer parts of Hungary. Since the time, over 1.5 million Hungarians inhabit Romania's Transylvania – and periodically complain about the pressure exerted on them by the country's administration. It could be partially attributed to the ethnic factor that in 1989 the uprising against Romania's long-time communist leader N. Ceausesku began in Timisoara, Transylvania. The discontent currently expressed by Hungarian associations in Romania is a manifestation of quite traditional grievances.

This particular problem actually mirrors a broader trend. The allegations voiced by the Hungarian associations in Romania and their demands replicate the programs incessantly floated over the recent years by the leaders of Albanian communities in Macedonia, South Serbia, Montenegro and elsewhere. The Albanian leaders in the above regions, on their part, are following the lead of their Kosovo brethren. The domino effect triggered by separatism in Kosovo is unfolding and spreading beyond the confines of the Balkan region.

The current developments have a geopolitical dimension. Hungary and Romania are members of the EU and NATO, the two alliances which truly hate to see discord in their ranks. Yet, the discord is not limited to the case of Romania's Hungarian community. Hungarians in Slovakia and Slovaks in Hungary are locked in similar disputes (which are also instances of the Trianon legacy). The Basque problem both destabilizes Spain and tells on its relations with France, which, by the way, also faces the problem of separatism in Corsica. In Italy, Lega Nord – the Northern League openly seeking self-determination for the country's northern regions in the form of the Republic of Padania – is customarily represented in the Italian government. Belgium is left with a caretaker government due to the disagreements between Flanders and the Walloon Region. On top of all that, there is Northern Ireland and Scotland where separatists enjoy steady public support.

As for South East Europe, its persisting sore is, of course, the Cyprus problem. Having joined the EU as an entirety, Cyprus nevertheless has the self-proclaimed Turkish Republic of Northern Cyprus (TRNC) on its territory. To complicate things further, TRNC is recognized by Turkey, which is a NATO country. The TRNC problem is not even inching towards any kind of a solution, and the triumph of Turkish nationalists advocating closer ties with Turkey during the recent elections in the northern part of Cyprus widened the gap between its Greek and Turkish communities.

It is an accomplished fact that the enlargement of NATO and the EU failed to deliver on the promises of European stability and did not prevent the rise of ethnic separatism across Europe. On top of the practice of double standards which explicitly surfaced in the International Court of Justice's advisory opinion on the Kosovo independence, the renaissance of ethnic separatism in Europe stems from the lack of sizable benefits of the EU membership for many of the alliance's members. Not only the global economic meltdown, but also the difficulties encountered in the process of adopting the European constitution, the Treaty of Lisbon, and other basic documents, the unchecked swelling of the Brussels bureaucracy, and the barely disguised discrimination against some of the EU members in Europe's decision-making tend to depreciate the ideal of united Europe. As a result, some of the nations are disappointed in the European integration and increasingly turn to ethnically based statehood. That in itself could be a tolerable condition, but altogether the Great Albania, the Great Hungary, the Great Romania, etc. have no chance to fit into limited geographic space, while their potential conflicts are prone with new interethnic conflicts and religious wars.