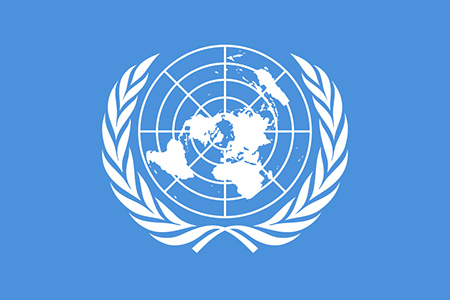 Affirming its primary responsibility for the maintenance of international peace and security, in accordance with the Charter of the United Nations,

Reaffirming its commitment to sovereignty, territorial integrity and political independence of all States in accordance with the Charter of the United Nations,

Stressing that terrorism in all forms and manifestations constitutes one of the most serious threats to international peace and security and that any acts of terrorism are criminal and unjustifiable regardless of their motivations, whenever and by whomsoever committed,

Emphasizing that terrorism cannot and should not be associated with any religion, nationality or civilization,

Stressing that terrorism can only be defeated by a sustained and comprehensive approach involving the active participation and collaboration of all States and international and regional organizations to impede, impair, isolate, and incapacitate the terrorist threat,

Urging Member States and the United Nations system to take measures, pursuant to international law, to address all drivers of violent extremism conducive to terrorism, both internal and external, in a balanced manner as set out in the United Nations Global Counter-Terrorism Strategy,

Recalling the measures aimed at countering violent extremism in order to prevent terrorism, as outlined in resolution 2178 (2014),

Stressing the importance of the role of the media, civil and religious society, the business community and educational institutions in those efforts to enhance dialogue and broaden understanding, and in promoting tolerance and coexistence, and in fostering an environment which is not conducive to incitement of terrorism, as well as in countering terrorist narratives,

Noting with concern that terrorist craft distorted narratives that are based on the misinterpretation and misrepresentation of religion to justify violence, which are utilized to recruit supporters and Foreign Terrorist Fighters (FTFs), mobilize resources, and garner support from sympathizers, in particular by exploiting information and communications technologies, including through the Internet and social media,

Noting as well the urgent need to globally counter the activities of the Islamic State in Iraq and the Levant (ISIL, also known as Da’esh), Al-Qaida and associated individuals, groups, undertakings and entities to incite and recruit to commit terrorist acts and recalling, in this regard and as reflected in the Statement of its President S/PRST/2016/6, its request to the Counter Terrorism Committee to present a proposal to the Security Council for a “comprehensive international framework” to effectively counter, in compliance with international law, the ways that ISIL (Da’esh), Al Qaida and associated individuals, groups, undertakings and entiti es use their narratives to encourage, motivate, and recruit others to commit terrorist acts,

1. Welcomes its document entitled “Comprehensive International Framework to Counter Terrorist Narratives” number S/2017/375 with recommended guidelines and good practices to effectively counter the ways that ISIL (Da’esh), Al Qaida and associated individuals, groups, undertakings and entities use their narratives to encourage, motivate, and recruit others to commit t errorist acts;

2. Stresses that Member States and all relevant United Nations entities should follow the subsequent guidelines while implementing the Comprehensive International Framework:

(a) United Nations action in the field of countering terrorist narratives should be based on the United Nations Charter, including the principles of sovereignty, territorial integrity and political independence of all States;

(b) Member States have the primary responsibility in countering terrorist acts and violent extremism conducive to terrorism;

(c) Relevant United Nations entities should ensure greater coordination and coherence with donors and recipients of counter-terrorism capacity-building, taking into account national perspectives, and with a view to strengthening national ownership;

(d) To be more effective, counter-narrative measures and programs should be tailored to the specific circumstances of different contexts on all levels;

(f) Efforts to counter terrorist narratives can benefit through engagement with a wide range of actors, including youth, families, women, religious, cultural, and education leaders, and other concerned groups of civil society;

(h) The importance of promoting enhanced dialogue and broadened understanding among societies;

(i) States should consider engaging, where appropriate, with religious authorities and community leaders, that have relevant expertise in crafting and delivering effective counter-narratives, in countering narratives used by terrorists and their supporters;

(j) Counter-narratives should aim not only to rebut terrorists’ messages, but also to amplify positive narratives, to provide credible alternatives and address issues of concern to vulnerable audiences who are subject to terrorist narratives;

(l) Continued research into the drivers of terrorism and violent extremism is necessary in order to develop more focused counter-narrative programmes;

4. Requests the Counter-Terrorism Committee (CTC), in this regard, to:

(a) Continue to identify and compile existing good practices in countering terrorist narratives, in coordination with the CTITF office, the CTITF Working Group on Communications, and where appropriate in consultation with other relevant non-United Nations entities;

(c) Work with UNESCO, UNDP and other relevant United Nations agencies, through CTITF working groups, to promote, appropriate education-based efforts to recognize and prevent radicalization to violence and recruitment to terrorist groups;

(d) Contribute to efforts of the United Nations and its departments and agencies to develop models for effectively countering terrorist narratives, bo th online and offline;

(f) Conduct outreach to entities with expertise and experience in crafting counter-narratives, including religious actors, civil society organizations, private- sector entities and others, to better inform the Committee’s understanding of good practices;

(g) Work with outside partners, including members of the CTED Global Research Network, to identify possible ways to measure the impact and effectiveness of counter-narratives;

(h) Continue participating in meetings and workshops, at the global and regional levels, with the objective of highlighting and sharing relevant good practices more widely;

(i) Maintain an up-to-date list of national, regional and global counter narrative initiatives;

5. Directs the CTC, with the support of the CTED, to:

(a) Organize at least one open meeting annually to review developments globally in countering terrorist narratives;

(b) Recommend ways for Member States regarding capacity building to enhance their efforts in the field of counter terrorist narratives, including through assistance provided by CTITF member entities and other assistance providers;

(c) Use the existing CTED Research network and create an annual work plan to provide advice and to support the work of the CTC and CTED on various matters related to countering terrorist narratives;

6. Directs the CTC, with the support of the CTED, as appropriate, and within their respective mandates, to include in the country assessments Member States efforts to counter terrorist narratives;

7. Emphasizes the need for continued engagement between the CTC and CTED and all key actors in countering terrorist narratives;

8. Decides to remain actively seized of the matter.