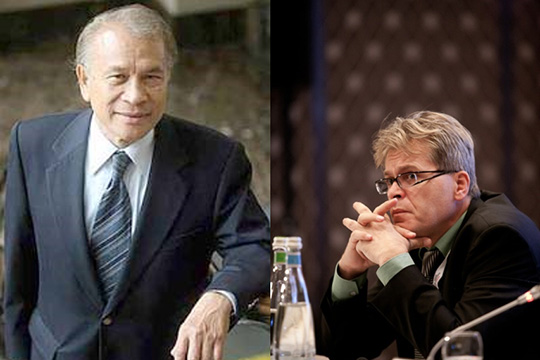 Further to the points of view undersigned authors expressed nearly two months ago (see: https://www.neweurope.eu/article/the-un-security-council-should-urgently-address-covid-19/), it is to a deep regret that the United Nations Security Council (UNSC) still misses to adopt the much-needed Council Resolution to address the COVID-19 (C-19) pandemic event. This is largely due to the tensions between two of its five permanent members (P5) — the US and China, with Washington wanting to apportion blame or responsibility to China relating to the pandemic, and Beijing rejecting any discussion or reference to it. Additionally, the two keep opposite views on the role and conduct of the UN Specialised Agency for health matters, Geneva-based World Health organisation (WHO).

This kind of approach is totally misplaced, short-sighted, and uncalled for. It clearly lacks the maturity and wisdom that the international community expects from the principal or Permanent Members of the UN Security Council. Tellingly, petty bilateral differences (and silence of other members) had created an unnecessary wedge between the parties, instead of subduing their differences in the larger scope and broader interests of the international community in the wake of the devastating global event.

Interestingly, the very history of voting in the SC indicates that the ratio between adopted and vetoed resolutions is roughly 10 to 1 (2518 adopted SC resolutions, since 1945 until April 2020 vs. 293 vetoed ones for the same period). This shows that other parties, notably the non-permanent members of the UNSC, have usually played a vigilant, persistent, even pivotal role, in ensuring that the Council acts responsibly and timely on matters flagrant to the Charter and of concern to the international community at large.

Arguably, the P-5 states – along with their Big Power concerns, and their frequent mutual deterrence – have often been self-entrenching instead of reaching a consensus in the Council. Conversely, the non-permanent members, with their consensus-building approach, have generally been in a better position to contribute towards ensuring the much-desired and all-embracing stewardship of the Council. This has been the traditional role of the Non-Aligned Movement (NAM) for decades (since Bandung of 1955 and Belgrade of 1961), with laudable support of neutral countries of the North (so-called N+N group).

Attempts by the Group of 20 (G-20) and the European Union (EU) to bridge the gaps on the C-19 issue have failed to bring the desired result thus far. Given this impasse, it seems better and more efficacious for the Non-Aligned Movement (NAM)/G-77, along with other key regional groupings of huge membership and wide outreach, such as the Organisation of Islamic Cooperation (OIC), the African Union (AU) – to add to the EU, G-20 and others – by taking a more prominent role in forging the much-needed consensus at the United Nations and its Specialized Agencies (directly or via the UN EcoSoc).

It is amply clear from the C-19 event that the right to health is an issue for all. The search for a vaccine to control the pandemic is not a matter of private business, but individual rights, as embedded in the UN Charter, and as obligatory to each of the UN Specialized Agencies. Binarization of debate onto a pro-and-con vaccine is also a dangerous reductionism and waste of planetary energy critically needed for a holistic and novel approach. Consequently, there is no one-directional medical research in response to any pandemic, and no single-blended (or manufactured) and mandated medication for all. (Dogma is based on belief; science necessitates constant multidimensional exploration.)

Proportionality of our (current and future) responses is another key issue. Hence, what presents itself as an imperative is universal participation through intergovernmental mechanisms. That very approach has been clearly demonstrated by UN member states, as shown by the active roles played by Indonesia (in the SC, along with another ASEAN, and NAM member, VietNam; and on behalf of the general membership of the UN General Assembly), Azerbaijan (on behalf of NAM) and France (on behalf of the P5 and the EU) reaching out to Tunisia – a member of the Arab League (LAS), AU, OIC and NAM.

After all, this is well recognised by UN Secretary General Antonio Guterres himself, who recently stated that “With two thirds of UN Member States, the Non-Aligned Movement has a critical role to play in forging global solidarity”.

Storm, yet no Reform

It is rather disappointing that despite widely held expectations, the (French-Tunisian sponsored) draft SC Resolution did not address the C-19 issue per se and on ways of addressing its rapid spread. Instead, it focused on the need to effect a global ceasefire in existing conflicts in specific member states, as called for by Secretary-General Guterres, much to his credit, so as to facilitate distribution of much-needed food and medicines to the people in these conflict-torn countries.

This inaction by the UNSC contrasts sharply with what this leading world body did in 1984, when it addressed the EBOLA pandemic in Africa and unanimously adopted a far-reaching Security Council Resolution (UNSC 2439 (2018) — containing 18 preambular paragraphs and 17 operative ones, on specific instructions to, or demands, on a number of African states in conflict, to take effective steps to control or impede the spread of the EBOLA virus.

Nevertheless, even with the limitations of that French-Tunisian draft Resolution, it would have resulted, if adopted, in a humanitarian pause for at least 90 consecutive days crucial for the delivery of aid to the hardest-hit communities, and giving time to the international community to focus on combatting the C-19. But this was not to be, due to the bad dynamics in the UNSC, and the consequent results will be continued conflicts and unimpeded spread of the secondary effects of virus in those countries in conflict, much to the disappointment and chagrin of the international community.

Clearly, the problem lies not in the unwillingness of the international community to do the needful to stop, mitigate, shorten, localise or avoid, the spread of the pandemic and its secondary effects, but the failure of the UN SC, the most influential and authoritative organ of the world body, to live up to international expectations and to deal decisively with this global calamity that has repercussions to international peace and security, as it did during the EBOLA pandemic.

The lack of unity within the UNSC in addressing the current challenge raises that never-ending question of the urgent reform of the Council with its inherently undemocratic decision-making process. It is largely due to the outdated power of the Veto that stultifies and blocks consensus that is vitally important to the UN as it grapples with the many grave problems confronting the increasingly globalised and inter-connected international community.

The failure of the UNSC to reach a consensus is due to the inherent weakness of its decision-making mechanism, as well as paucity of unity among its non-permanent members. It is also to the lack of stronger involvement – on the very work of the UNSC – by the larger UN membership, as represented by the NAM/G-77, but also by other principal organs of the United Nations – primarily in the UNGA and ECOSOC. Thus, the UNSC in times of critical conjunctures – as this event and its yet not fully anticipated secondary effects are – appears as still stuck in a kind of a time warp, oblivious of the changes that have taken place, and are unfolding all over the world.

Goes without saying that exceedingly sluggish, lackadaisical and endless consultative/negotiation process on the Council reform and restructuring that has been going on for over two decades, needs to be urgently expedited. It is sine qua non if we are any serious with the times, demands and expectations of the Member States’ present and future populations, and with consolidation of international and cross-generational solidarity.

Clearly, complex world demands smooth fast and multifaceted coordination and collaboration among the various agencies of the UN system, under the leadership of the UN Secretary-General. It must be dynamic, innovative and holistic, so as to enable our Universal Organisation and all other intergovernmental FORAs – that architecture our world – to anticipate and speedily deal with the challenges that will surely emerge periodically in the future.

A restored trust necessitates a proactive and timely response but also calls for an enlarged, not reduced, participatory base.

Amb. Hasmy Agam, Formerly Permanent Representative of Malaysia to the United Nations, and President of the UN Security Council (July 1999 and August 2000); Head of the Diplomatic Academy; Chairman of the Human Rights Commission of Malaysia (Suhakam) – retired.