Results of the 2022 referenda: tremendous success 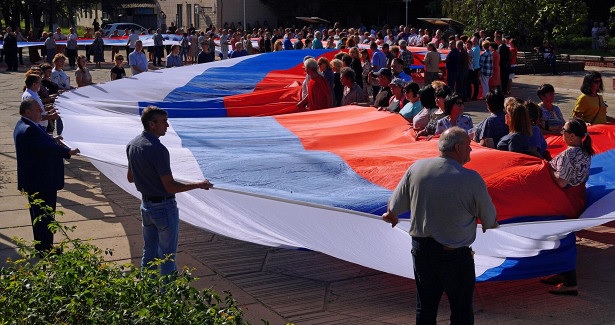 The question put to the vote was: "Are you for the Donetsk People's Republic’s accession to Russia as a constituent territory?"

According to the DPR’s Central Referendum Commission or CRC after the processing 100% of the election commissions’ reports, in the DPR the idea of joining Russia was supported by 99.23% of those who voted in the referendum.

LPR residents voted at 461 polling stations in the republic, as well as in almost all regions of Russia, where 201 polling stations were created. Ballot papers were printed only in Russian, which, like in the DPR, has the status of the official language. As of September 23, 1,360,768 voters were included in the voter lists.

The question put to the vote was: "Are you in favor of the Lugansk People's Republic’s accession to Russia as a constituent territory?"

According to the LPR’s CFC, in the LPR 98.42% of those who took part in the referendum voted for joining Russia.

As a result of Russia’s special military operation, most of the Zaporozhye Region’s territory is under the control of the Russian army – that is 73%.

394 polling stations were formed in the region proper, and another 85 elsewhere - in Russia, the LPR, the DPR and the Kherson Region. More than 500,000 people were put on the voter lists. The ballot papers were in two languages - Ukrainian and Russian.

The question put to the vote was: "Are you in favor of the Zaporozhye Region’s secession from Ukraine, formation of an independent state and its accession to Russia as a constituent territory?"

According to the Regional election commission, after the processing 100% of the election commissions’ reports, 93.11% (430,268) of the referendum participants in the liberated territory of the Zaporozhye Region voted for joining Russia.

198 polling stations have been set up in the region. Those residents of the Kherson Region who had temporarily left it could vote in Crimea, Moscow or some other Russian cities. The ballot papers were printed in two languages: Ukrainian and Russian.

The question put to the vote was: "Are you in favor of the Kherson Region’s secession from Ukraine, creation of an independent state and its accession to Russia as a constituent territory?"

According to the Regional referendum commission, after the processing 100% of the election commissions’ reports, in the Kherson Region 87.05% of those who took part in the referendum (497,051) were in favor of joining Russia. 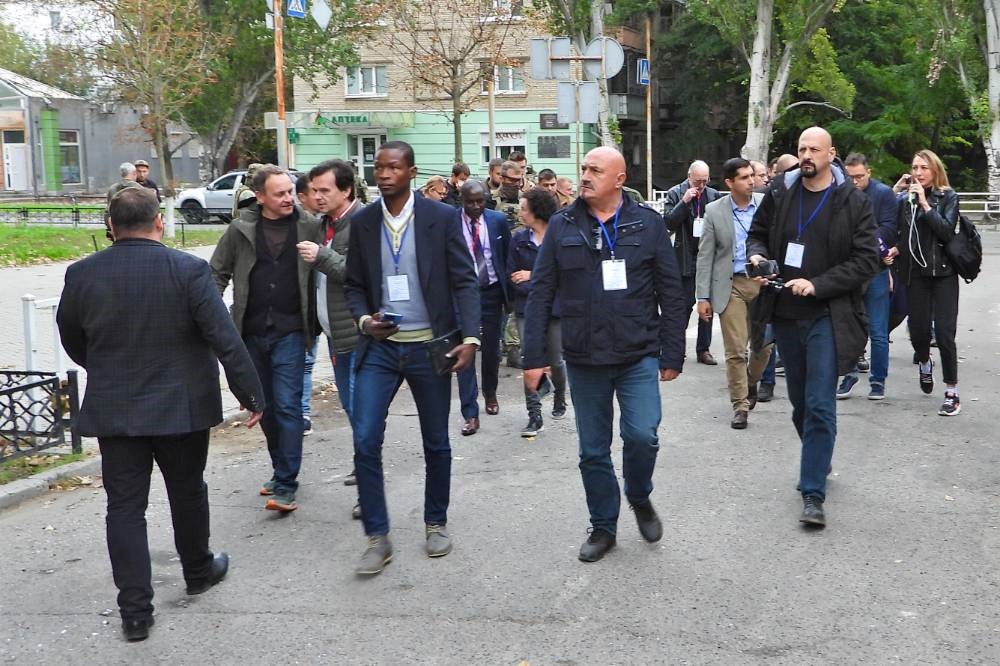 The 2022 referenda foreign observers (photo) adopted their Declaration. Voting was based on the free expression of the will of citizens, there were no facts of pressure.

Foreign observers believe: "The referenda are a step toward a political settlement of the conflict as well as the realization of the right to self-determination of peoples guaranteed by the UN Charter."

Participation in referenda and voting were based on the free expression of the will of citizens," the Declaration said. “No facts of coercion, pressure or bribery were observed. Voting was organized in accordance with international law and votes were counted in accordance with the established procedure.”

"We estimate the organization of the referendums at a high level. All conditions for free expression of will of citizens were created in accordance with international principles and standards, providing for universal, equal, direct right to participate in a referendum, secret ballot, openness and publicity of referendum procedures," the Declaration says.

"Regarding the secret ballot, as well as the distribution of ballots and the voting itself, all of this took place in accordance with the established rules," the Declaration said.

The document noted that international observers in the referenda held in four regions had access to all relevant information.

"International observers monitored the voting process for five days, they had the opportunity to freely receive information, ask questions to the organizers and participants in the referendums, public observers, get acquainted with the documents and materials, including the procedure of registration of voters, issue of ballots, observance of secrecy of voting and exclusion of multiple voting, ensuring the safety of ballots", the document underscored.

At the same time foreign observers denounced Western attempts to intimidate and put pressure on international observers as unacceptable.

"We consider unacceptable the attempts of pressure and intimidation aimed at international observers by individual foreign governments and the EU state bodies as contrary to the fundamental principles of democracy, protection of individual rights and freedoms and the rule of law," the Declaration noted.

The observers also noted the facts of pressure on the participants in the referenda made by Kiev, in particular shelling that was recorded many times.

"In some places during the referendums the actions of the Armed Forces of Ukraine were recorded in order to intimidate residents, deprive them of the opportunity to exercise their right. We also note the unprecedented mass media pressure from Ukraine and a number of other foreign countries aimed at hindering democratic procedures," the Declaration underlined.