Revisionism and conservatism in world politics: who calls the shots? 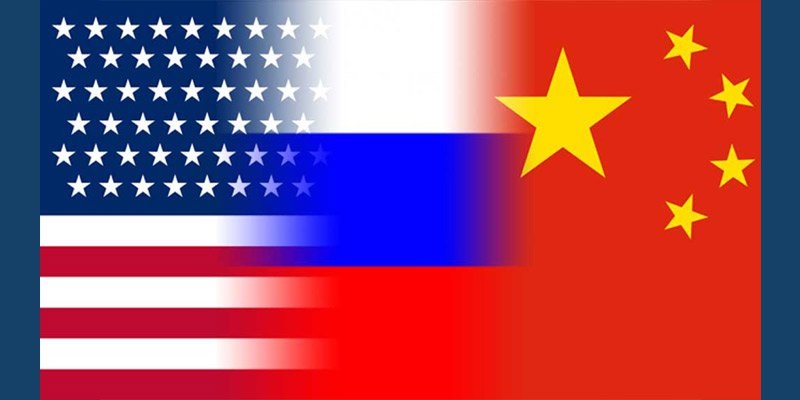 The Valdai International Club recently hosted a “Whose Rules? Revisionists and Protectors in World Politics” online discussion, timed for the release of the Club's new report "Institutional revisionism in international politics: a product of an upswing, a child of decline, or something else?"

During the event, prominent Russian and foreign experts focused on the impact of revisionist tendencies on world politics.

The current trend in international relations, associated with the growing tensions in the world, is compounded by mutual accusations of revisionism by the United States on the one hand, and Russia and China on the other. Washington has always been trying to reform existing institutions to serve its own interests. These efforts became particularly evident during the Trump presidency, when Washington withdrew from the Trans-Pacific Partnership, revised the terms of the North American Free Trade Area (NAFTA), criticized the World Trade Organization (WTO) and exited the Intermediate-Range Nuclear Forces (INF) and Open Skies treaties. America’s new President Joe Biden and his team will apparently continue with the efforts to change existing norms and regimes.

Russia and China, for their part, demonstrate a somewhat different position. Unhappy as it is about the current architecture of global governance, Moscow still sticks to conservative rhetoric, while Beijing is also calling for reforming the system of regulation of international relations, but is still watching its step when it comes to practical steps. The Chinese leadership is facing a dilemma whether to stay committed to the existing international structures or to make use of its own resources in a bid to change the existing system to accommodate the country’s own interests.

When opening the discussion, the Vladai Club’s program director Oleg Barabanov, who moderated the event, noted that the term “revisionism” is not new and has traditionally been regarded throughout the history of international relations as something bad. In its modern interpretation, however, the notion of revisionism has more to do with individual countries’ pursuance of their own interests, rather than with the territorial redistribution of the world, as was the case before. Besides, there is a big difference between the "balance of power revisionism" natural for international relations when countries are trying to change the existing balance of power if it does not meet their national interests, and revisionism of institutions, norms and values. The former trend is typical for Russia and China, while the latter – for the United States of America.

The report’s author, Associate Professor of the Department of Applied Analysis of International Problems at MGIMO University of the Russian Foreign Ministry, and senior researcher at Harvard University’s Davis Center, Igor Istomin, noted that modern-day states are literally "linked together" by a whole network of international organizations and rules, whose interests are guarded by a bloated bureaucratic apparatus ... Therefore, while previously the big players struggled for the redistribution of spheres of influence, these days they are seeking control over international institutions. Those of them who manage to force their own self-serving rules on everybody else are simultaneously able to better ensure their own security, and generally strengthen their hand in world politics.

Igor Istomin singled out four options for action that modern governments now have to go for on the world stage:

- play on the contradictions between the participants;

- try to change existing institutions from within.

It is well worth assessing here the way that the world’s biggest powers - the United States, China and Russia – act on the international scene. While the People’s Republic and especially the Russian Federation are in no rush to revise existing institutions, the United States is openly critical of the current rules of the game, especially the ones that were not proposed by Washington. It is also important to keep in mind the fact that Washington’s opposition to the existing status quo began long before Donald Trump, who has been regarded as the main bully in global politics.

William Wohlforth, a Daniel Webster Professor of Government at Dartmouth College, New Hampshire, pointed out that the new Valdai Club report fails to clearly define the actual meaning of revisionism. He did agree, however, with Igor Istomin on that this term is pretty much applicable to the United States, whose foreign policy during the 1990s and 2000s serves as a clear testament to this.

Xiang Lanxin, Professor at the Geneva Institute of International and Development Studies, and director of the Center of One Belt, One Road and Eurasian Security, China National Institute for SCO Studies, noted that applying Western categories to Beijing's foreign policy can lead experts to deliberately erroneous conclusions.

“The PRC's thinking model excludes a precise definition of revisionism and takes a long-term view of events. Over the past decades, China has grown very much politically and economically, and when evaluating its position analysts often miss an important point: Russia, for example, is part of the Western civilization, while our country has its own path,” Dr. Xiang noted.

According to him, although until the late 1970s and early 1980s, China had not participated in international institutions, it eventually realized their importance.

“In this sense, China could be called a revisionist, of course, and this is something the Belt and Road Initiative can confirm. That being said, however, we have to bear in mind that we take a dynamic, rather than mechanical approach to international affairs,” Xiang Lanxin said.

Raffaele Marchetti, Professor of International Relations at LUISS Guido Carli University of Rome, noted that getting a scientifically reliable and complete picture of modern-day diplomacy requires more attention to the work being done by non-governmental organizations and non-state actors in general.

“Sometimes we have certain norms being imposed on us by means of both international organizations and information technologies, including the Internet. Moreover, because some structures, such as pharmaceutical firms, often supplant government regulation, I believe that the report should have been more specific about the meaning of global governance in the modern world,” the expert said.

Professor Marchetti added that during the Trump presidency America’s role on the global stage was regarded as rather destabilizing, and the authority of global organizations was declining fast. The United States’ ability to revise the global rules of the game is limited, among other things, by the emergence of new centers of power, which the White House clearly did not take into account,” Marchetti noted.

His view of China’s and Russia’s role in global politics was somewhat different though.

“Calling the Russian Federation a revisionist state would be an exaggeration. Rather, Moscow would like to see a greater balance of interests of the members of modern international institutions, each of which would still maintain its own strong positions. As for Beijing, it views some global and regional institutions as a source of its own growth. We need to find a compromise and take into account the developmental nuances within the framework of trilateral relations between Russia, China and the United States. This will give us a better and more adequate picture of where we stand and help us respond more flexibly to new challenges in international relations,”  the Italian political scientist concluded.