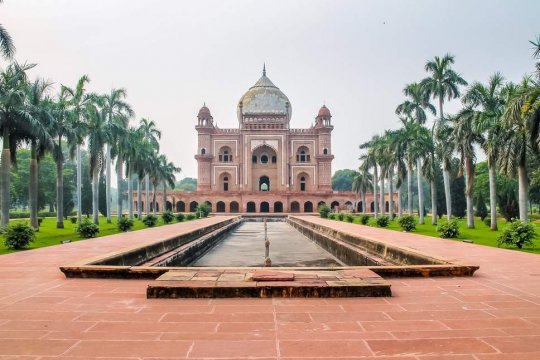 “I can say with confidence that the traditional friendship between India & Russia remain strong. Our mutual interests are solid and we look to future cooperation in the spirit of our special friendship.”

The above are the words of Indian Defence Minister, Rajnath Singh, during his visit to attend Victory Day Parade at Moscow, Russia. In this, he was referring not only to the warm hospitality he received at Moscow but the long traditional ties between Russia & India.

The relations between the two distant neighbours are shaped by a long history of mutual trust and cooperation. Till now in Indian memoirs of Cold War and Bangladesh liberation war, Russia (Erstwhile Soviet Union) carries special respect, resulting in deep people-to-people bonding.

This is one of the major reasons, Indian Defence Minister gladly accepted the invitation by Russian President Vladimir Putin to attend the Victory Day Parade in person amidst the Pandemic.

Similarly, the External Affairs Minister of India Dr S Jaishankar valued the relations with Moscow and attended the RIC Foreign Ministers virtual meet chaired by Russia, despite the border skirmishes on the northern front with China.

The foreign ministers of Russia, India, and China held a virtual meeting on Tuesday, 23 June, on the eve of the Victory Day Parade in Moscow that marks the 75th anniversary of the Allied Powers’ victory in World War Two.

In his opening remarks at the meeting, the Indian External Affairs Minister Dr S Jaishankar highlighted the Indian role in the war and said, “The victory over Nazism and Fascism was achieved through sacrifices across many theatres by many countries. India made a significant contribution, with 2.3 million of its citizens under arms and 14 million more participating in war production. Indian blood was shed at the battlefields of the world, from Tobruk, El Alamein and Montecassino, to Singapore, Kohima and Borneo.”

About the Indian contributions to the Russian and Chinese war-efforts, he said, “We helped keep key supply lines open to both your countries, one through the Persian corridor and the other over the Himalayan hump.”

Indian External Affairs Minister's remarks are worth taking a note, as even after significant contributions, India has not got the recognition it deserves. International institutions must reflect contemporary realities if they advocate for an equal and multipolar world. This pandemic has changed the world, regionalism is on the peak, and the concept of the unipolar world is fading away.

In their statement, the Russian Foreign Ministry also touched the United Nations and its centrality in current times, saying. “The RIC member states share the opinion that it is necessary to look for a response to this threat and similar ones together, confirming that the UN must play the central role in this process, and consider attempts to use the current crisis in order to obtain a unilateral advantage at the expense of the security and interests of other countries to be unacceptable.”

The RIC meeting is taking place at a time when two of its members, India and China, have tensions of the kind that have not been seen in over half a century. In his call for the world leaders to respect multilateralism and international law, Indian EAM said, “The leading voices of the world must be exemplars in every way. Respecting international law, recognizing the legitimate interests of partners, supporting multilateralism and promoting common good are the only way of building a durable world order.”

The Russian Foreign Minister Sergei Lavrov supported India for a permanent seat in the United Nations Security Council. In response to a question on India-China tensions, he said Russia hopes India and China would abide by democratic principles.

He said, “They have everything to solve problems. I don’t think India and China need any help from outside. They can solve them on their own. New Delhi and Beijing have shown their commitment to peaceful resolution after they started meetings of military officers and foreign ministers, both have made no statements about non-diplomatic resolutions.”

These comments have come amid inputs that the RIC meeting would be instrumental in paving a way for defusing the ongoing India-China tensions. This would be the second conversation in a week between the foreign ministers of India and China and it is believed it would pave way for another meeting later this week between the Indian Ambassador to China Vikram Misri and China’s Vice Foreign Minister Luo Zhaohui to deliberate on further disengagement and de-escalation.

*Amrita Dhillon is the Founding Editor at The Kootneeti.