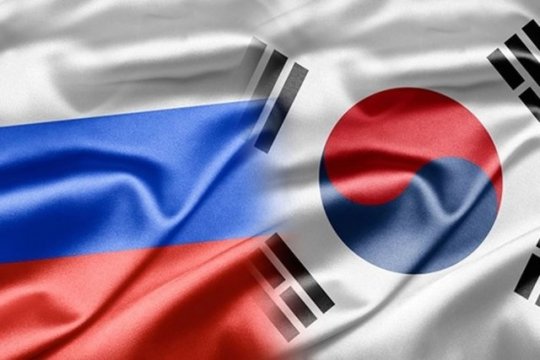 In the South Korean capital the Federal Agency for Tourism (Rostourism) held the road show "Russia 2020. Euro as a gift", dedicated to the main tourist destinations in Russia and to the upcoming matches of the European Football Championship, which will be held in St. Petersburg, reports TASS. The European Football Championship will be held in 12 European cities from June 12 to July 12, 2020.

As the Embassy Counselor to the Russian Embassy in the Republic of Korea Pavel Leshakov noted, in recent years trade has been actively developing between Russia and South Korea. Trade turnover has been growing significantly. “Tourism makes a significant contribution to this, which is facilitated by the visa-free regime introduced between our countries in 2014,” he said. The diplomat emphasized that in 2018 there was a surge in the number of mutual visits: 300 thousand Russians visited South Korea and 200 thousand Koreans visited the Russian Federation. It is expected that these figures will be higher by the end of 2019.

Vladivostok became the most popular destination among South Korean tourists. The number of visits doubles annually. Koreans perceive it as the closest European city to their country, said P.Leshakov.

The head of the Russian delegation, the chairman of the State Committee for Tourism of the Republic of Tatarstan Sergei Ivanov, noted that the main task of the road show was to talk about the tourist opportunities in Russia, about places that are both well-known and not very well-known, as well as to collaborate more productively with South Korean tourist companies and the media.

The road show organizers presented the Russian regions and cities, including Moscow and St. Petersburg, paying attention to the possibilities of a railway trip along the Trans-Siberian Railway and of visiting the sights located on it. They presented a calendar of tourist events in Russia for 2020.

In addition, a cultural program with the participation of Russian ballet dancers and the photo exhibition "Welcome to Russia" were organized as part of the road show. The event was attended by the Russian figure skater, Olympic medal winner Irina Slutskaya as an honorary ambassador. She told the guests about what tourists can do in Russia in the winter.