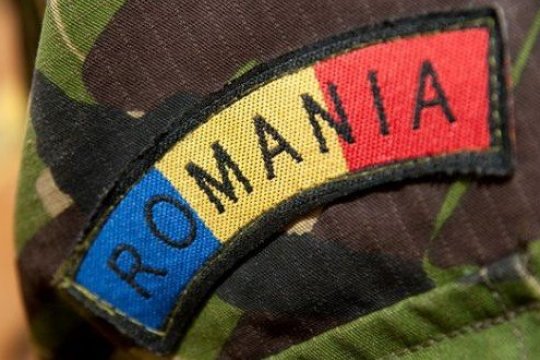 Romania’s policy in the Black Sea region is aimed at creating strategic prerequisites for Bucharest to achieve long-term regional leadership.

Russia is the only Black Sea country, which does not fit into the geopolitical landscape being built by Bucharest. It is a country with which Romania, as a member of the EU and NATO, is not bound by allied treaties. Therefore, Romania views Russia as an obstacle to its plans, and its policy is aimed at getting this hurdle out of the way.(1).

Strengthening European security is part of the general context of containing Russia will dominate the agenda of Romania’s chairmanship of the European Council from January 2019.

Worried by the current imbalance between the northeast (Baltic region: Poland, Baltic states) and the southeast (Black Sea region: Romania) flanks of NATO, Romania will seek to offset this by beefing up NATO’s military presence at both ends of the arc of instability now being created.

Russia’s presence on the Black Sea is seen by Bucharest as a sign Moscow’s growing influence in the eastern Mediterranean region, which, simultaneously, is reducing the West’s sway over the region (2). Bucharest sees that as a long-term problem as a drop in the West’s influence in the Mediterranean will significantly undermine Romania’s own position in the Black Sea region.

Even though Russia's military doctrine does not pose any deliberate threat to Romania, this still does not deter Bucharest from making anti-Russian moves. Amid the US’ and EU’s current tensions with Turkey, Bucharest has a theoretical chance to fill the emerging void in NATO’s military architecture in the Eastern Mediterranean. Bucharest is ready (and willing!) to assume some of the geopolitical functions previously assigned to Ankara to act as a regional vanguard in the confrontation with Russia on the Black Sea and increase its strategic significance for the United States and NATO.

The Black Sea region, which links Eurasia with North Africa and the Middle East, serves as a gateway to the Mediterranean, which in turn, is a corridor to the Atlantic and the ocean. Romanian politicians of the past viewed the Black Sea as a road to the Caspian via the Caucasus isthmus with access to Central Asia.

The Black Sea is Romania’s only waterway to the outside world that allows it to widen the boundaries of Romanian influence.

Romania’s geopolitical doctrine considers the Black Sea as a constituent element of Romanian national identity along with the Danube and  Dniester rivers, and of Romanians as a Black Sea nation. The political tradition of Romania views the Dniester as a natural cultural, political and geographical borderline that separates Europe from Russia-Eurasia, Romanians from Slavs and the Romanian geopolitical area from Russia. The Danube is considered as a vital artery and cradle of the Romanian people, connecting it with the Black Sea and Europe.

Therefore, Romania’s expansionism on the Black Sea is not a variable but a permanent aspect Bucharest’s foreign policy, along with two other constant vectors to Moldova and the Western Balkans. This three-tier construction constitutes the basis of the Romanian geopolitical consciousness, which, regrettably, is resulting in ill-advised foreign policy moves.

Guided, or rather misguided, by this erroneous policy, the Romanian elites have made all these three components of the Romanian national consciousness and cultural identity dependent on the ever-changing political situation in their relations with Russia.

It was exactly this policy that inevitably pushed bilateral relations on a downward path, since Russia is viewed in this context as something hostile and contrary to the  manifestations of Romanian identity in the world in a political-spatial and cultural-ideological dimension.

Romania spends 2 percent of its GDP on defense with the purchase of modern weapons accounting for a hefty 33 percent of the country’s military budget – more than in any other of NATO’s East European members. (3). It looks like Romania’s chances of equaling Poland in terms of its strategic importance to NATO may soon increase given the country’s geographic closeness to Russia’s Crimea.

Bucharest and Warsaw have already signed an agreement on strategic partnership, and Poland’s “Three Seas” initiative and Bucharest’s “Great Romania” project geopolitically complement each other.

The idea underlying the coordinated action by Warsaw and Bucharest is to create an anti-Russian corridor extending from the Baltic Sea to the Black Sea, which is part of Poland’s plan to promote European cooperation along the North-South axis.