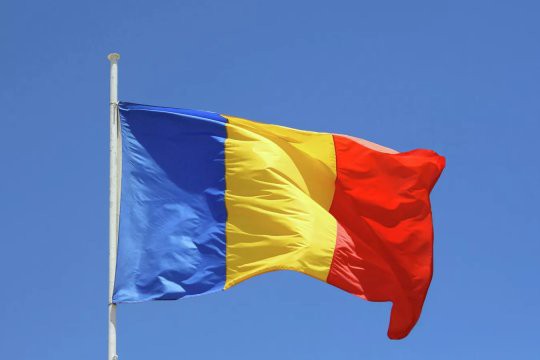 NATO and the EU assign Moldova the role of part of a buffer to isolate Russia from Europe. The November visits to Chisinau by the head of the European Commission, Ursula von der Leyen, and the President of the European Parliament, Roberta Metsola, reflect the West’s undisguised political interest in the Moldovan track and its desire to tie the republic to NATO's defense initiatives.

Roberta Metsola stated that there was a need to create a new military alliance within the EU as part of NATO to strengthen, among other things, the security of the Moldovan state. (1) US experts, for their part, pitched the idea of strengthening military cooperation with Romania, Bulgaria and Moldova in order to increase Washington's influence in Southeastern Europe. (2)

Presently, Romania is NATO's geopolitical enfant chéri in the region, that the United States and NATO are betting on in their effort to seize control over the Black Sea. This also dictates the need to increase cooperation with Ukraine, since Romania is seen by Kyiv as a foothold in the Black Sea region, and Ukraine is viewed by Bucharest as a springboard for projecting Romanian influence along the Black Sea coast. Without an anti-Russian Romanian-Ukrainian bloc, Washington’s strategy in the region will not be successful.

Bulgaria, in turn, claims its share of influence in the Black Sea, and here  Sofia silently competes with Bucharest. With the admission of Bulgaria and Romania to the EU in 2007, Brussels gained access to the Black Sea. No other EU countries border the Black Sea. By passively watching Romania’s active moves in this direction, Bulgaria will become "an insignificant guest at someone else's wedding." There is no doubt that Sofia will benefit from the creation of the Bucharest-Chisinau-Sofia bloc, being contemplated by the US.

Since geographically, Bulgaria separates Romania from Turkey, if such a trilateral bloc appears, Ankara will face a dilemma: either to ignore cooperation with the bloc’s members, or become its fourth link. Turkey's behavior will depend on many factors, such as the pace of development of economic relations with Russia, the solution of the Kurdish problem, the dialogue on Finland’s and Sweden’s NATO membership, the volume of military-industrial cooperation with Ukraine and the level of agreements with Moscow on issues concerning the situation in the Middle East. The diversity of these tasks makes it hard to predict Ankara's decision, but most likely it will treat the US initiative with caution.

Claiming a leading role in the Black Sea region, Romania considers  itself not being in Southeast, but in Central-Eastern Europe, placing Bulgaria, and with it the republics of (former) Yugoslavia, Greece and Albania in the so-called Balkan Europe. Here, Bucharest relies on the ideas of its 20th century geographer Nicolae Radulescu. The mere presence in the Romanian scientific and political discourse about the concept of Balkan Europe as an area separate from Romania reflects Romania’s desire to play the role of the main link between various parts of the European continent - Western, Eastern, Northern and Southern Europe.

Romania justifies its ability to play an intermediary role by its equidistance from the Northern Cape (2,800 km), the Ural Mountains (2,600 km) and Cape Cabo da Roca (Portugal). Romanian geopolitical experts still insist that during the Cold War the concept of "Europe" was undeservedly privatized by Western European countries and is now going through a period of cultural and political resurgence. Bucharest is now trying to create "its own Europe," where it believes that Washington plays a disproportionate big role at the expense of the EU’s political sovereignty.

In Romania’s vision of Europe, Moldova is assigned the role of a "sacrificial lamb," and its national identity, which chronologically predates Romania’s, is doomed to a slow death in the grip of Great Romanianism. The unification of Romania and Moldova is seen by Bucharest as the unification of the Romanian people on both banks of the Dniester. However, a summer 2021 survey by WatchDog.MD, 47.2% of Moldovans are against a unification with Romania, while 35% are in favor. In December 2021, a sociological survey conducted by the Institute for Development and Social Initiatives showed that already 53.7% of the population of Moldova were against unification with Romania, while 32.8% of respondents were in favor. (3) In the 2021 parliamentary elections, the parties supporting the Great Romanian project received a measly 1% of votes.

Meanwhile, anti-NATO sentiment has increasingly been evident in Romanian politics. In November, SOS România even demanded a referendum on the country’s exit from the EU. Party leader Diana Şoşoacă criticized Bucharest for its support for Kyiv in the ongoing military conflict, the US dictatorship within NATO, and the continued presence of NATO bases in Romania at the expense of Romanian taxpayers. She also condemned Kyiv's policy towards the ethnic Romanian minority in Northern Bukovina. The presence in Romania of every foreign soldier costs the country €1,000 a day (a total of €4 million per day). SOS România proposes to even the score by setting up two Romanian military bases in the US at the expense of the US budget. (4)

By proclaiming European slogans, official Bucharest is pursuing an anti-European policy, thus acting, just like Poland and the Czech Republic, as a US Trojan horse in Eastern Europe. Eastern European countries (Poland, Slovakia, the Czech Republic, Romania, Bulgaria, Ukraine, Latvia, Lithuania and Estonia) serve as a sanitary cordon between continental Europe and Russia, separating the geopolitical space across the Moscow-Berlin-Paris and Moscow-Belgrade lines, which again is part of Washington's strategy.

Small wonder, therefore, that Bucharest is stepping up its military cooperation with Portugal and Norway. (5) The Romanians bought thirty-two F-16 aircraft from Norway for €388 million, whose pilots will be trained in Portugal. Portugal and Norway are pro-American countries in Europe. Geopolitically, Portugal has also been traditionally close to the UK. Romania's rapprochement with them will allow the United States to strategically position its allies in the area from the Baltic and the Black Seas to the Atlantic.

In order for its policy in Europe to succeed, Bucharest considers the military-political union of Moldova and Ukraine as imperative. The three countries’ premiers are scheduled to meet next year to discuss the details of their cooperation. It is assumed that Kyiv and Chisinau will work together to upgrade their air defense systems and the so-called policy of "counteracting Russian propaganda." This will all be done with the help of Romanian advisers, accountable to curators from the US and NATO.

One can only hope that the achievement of the goals of Russia’s special military operation in Ukraine will prevent these plans for coming true.

The views of the author are his own and may differ from the position of the Editorial board.