Romanians want a part of Ukraine? 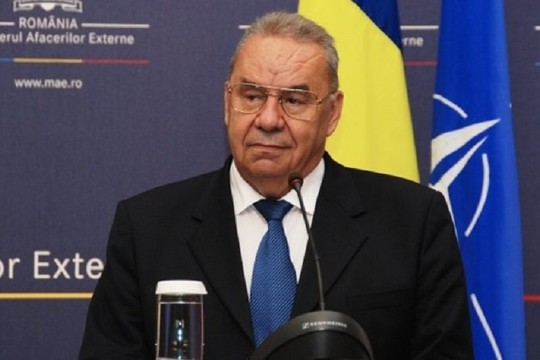 Ex-Minister of Foreign Affairs of Romania Andrei Marga (photo), who held the post in 2012, the former rector of the Babes-Bolyai University, spoke for dividing the territory of Ukraine in the spirit of "political realism".

Presenting the book "The Fate of Democracy", Marga said that Ukraine is in "unnatural borders" and Kyiv should cede a number of territories:

"We are in a very special situation, I say with all responsibility, Ukraine is within unnatural borders. It must cede territories: Hungary – Transcarpathia, Poland – Galicia, Romania – Bukovina, and Russia – Donbass and Crimea. These are the territories of other countries. We cling to [for the integrity of Ukraine], [then] there will be a conflict."

Marga critically assessed the system in Ukraine, saying that "there is still a long way to democracy, parties are banned there, television is under the control" of the authorities, rampant oligarchy and uncontrolled borders.

He added that "until [security] issues are resolved between the United States, Russia, Germany, Ukraine and China, there will be no peace in Europe," which means "democracy will suffer."