Ron Paul: Biden Administration accept that it has a “Zelensky problem” 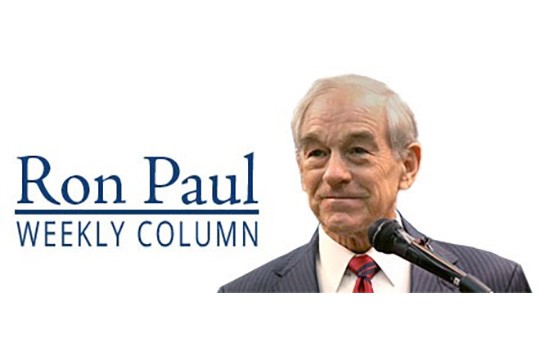 “Last week the world stood on the very edge of a nuclear war, as Ukraine’s US-funded president, Vladimir Zelensky, urged NATO military action over a missile that landed on Polish soil.”

This is a comment from the prominent American political leader Ronald Ernest Paul was for many years the member of the U.S. House of Representatives from Texas. Three times he sought the Presidency of the United States: once as the Libertarian Party nominee and twice as a candidate for the Republican Party. He continues in his comment:

“But there was a problem. The missile was fired from Ukraine – likely an accident in the fog of war. Was it actually a Russian missile, of course, that might mean World War III.

‘The Biden Administration went on to publicly dispute Zelensky’s continued insistence that Russia shot missiles into NATO-Member Poland. After two days of Washington opposition to his claims, Zelensky finally, sort of, backed down.

‘We’ve heard rumors of President Biden’s frustration over Zelensky’s endless begging and ingratitude for the 60 or so billion dollars doled out to him by the US government, but this is the clearest public example of the Biden Administration’s acceptance that it has a “Zelensky problem.”

‘Zelensky must have understood that Washington and Brussels knew it was not a Russian missile.

‘Considering the vast intelligence capabilities of the US in that war zone, it is likely the US government knew in real time that the missiles were not Russian. For Zelensky to claim otherwise seemed almost unhinged. And for what seems like the first time, Washington noticed.

‘As a result, there has been a minor – but hopefully growing – revolt among conservatives in Washington over this dangerous episode. Georgia Rep. Marjorie Taylor-Greene introduced legislation demanding an audit of the tens of billions of dollars shipped to Ukraine – with perhaps $50 billion more in the pipeline.

‘When the Ukraine war hysteria finally dies down – as the Covid hysteria died down before it – it will become obvious to vastly more Americans what an absolute fiasco this whole thing has been,” writes Ron Paul.