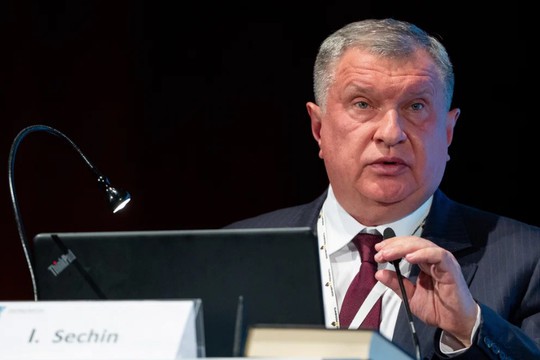 - Neither the pandemic nor the Ukrainian crisis, nor the energy and economic problems were the root cause for the tectonic changes underway in the world. We are in the midst of replacing a global regulator who has been conjuring up its own rules for the rest of the world, he said. “The United States has to fight to maintain its hegemony at any cost and it just cannot afford a defeat, for losing its hegemony in the financial, military, political and economic spheres would mean being incapable of reproducing itself as a country, an economy and a political system”.

- The yen, the pound sterling and the euro have been hardest hit by the US Federal Reserve’s current policies and may end up getting sacrificed in a crisis ‘inferno’ for the salvation of the dollar. “So far, they [the Fed] have been most apt at using these resources, even by manipulating the dollar against their allies. Thus, the yen, the pound and the euro are hardest hit by the Fed’s policies. It is these currencies that risk going down in a blazing inferno of the crisis in order to salvage the dollar”.

- Europe's refusal to supply energy resources from Russia puts 6.5-11% of Europe's GDP  and around 16 mln. jobs in danger. “The metallurgy, chemical, pulp and paper, as well as the agricultural industries, are among the key sectors of the European industry in crisis. The potential output reduction is projected at 20-45% for the chemical industry and 30-60% for metallurgy. In Europe, 70% of the capacities for the production of nitrogen fertilizers have already been suspended, aluminum production fell by 25%. Europe's refusal of Russian energy supplies poses a risk to 6.5-11% of European GDP and around 16 mln. jobs”.

- Since the end of 2021, foreign investors have reduced investments in US government debt by $238 bln. A number of states are currently seeking to abandon dollar settlements in order to strengthen their financial systems and reduce the risks of dependence on the dollar. “Southeast Asia's leading economies are increasingly settling directly with one another. In order to strengthen their own financial systems and lessen the risks associated with reliance on the dollar in the face of arbitrary confiscation of accounts, transactions, sovereign funds, gold, and currency reserves, central banks in Asia and the Middle East are setting up bilateral FX swap lines. We see that states that want to keep their sovereignty prefer to stop making settlements in dollars. This process has already begun and it is irreversible”.

- “The idea of ‘cutting’ Russia out of the world economy is absurd and illusory. The scale and role of the Russian economy in the global division of labor has traditionally been underestimated by the West”. Russia's share in the supply of basic raw materials reaches up to 15%.

- Two key factors behind global energy shortage: shunning Russian hydrocarbons and cutting investment in energy have led to a worldwide shortage of energy resources and price hikes. “The accumulated lack of investment, as well as the abandonment of Russian hydrocarbons have led to an acute shortage of energy resources and a surge in prices, unleashing an inflationary spiral around the world. Meanwhile, Europe’s leading energy companies, despite the energy crisis that has broken out in the region, continue to cut investments in the oil industry under pressure from climate policy”.