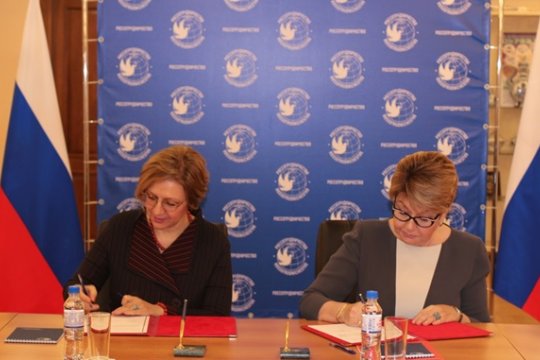 Rossotrudnichestvo and the Russian State Musical Television and Radio Center (RSMC) have signed a cooperation agreement. The document was signed by the head of the Agency, Eleonora Mitrofanova, and the general director and artistic director of the RSMC, Irina Gerasimova, Rossotrudnichestvo reports.

The joint activities of the Agency and the radio station will be carried out at the sites of Rossotrudnichestvo representative offices, where concerts, lectures with the participation of music experts from the Orpheus radio station, and evenings of Russian musical culture will be held.

Irina Gerasimova expressed hope that the joint work will promote the Russian cultural musical heritage abroad both among people who are already interested, and those who do not yet know about our heritage.

Radio station "Orpheus" is the state classical music channel. The mission is to protect the Russian and world classical heritage, to develop the academic direction of art by supporting professionals, to enrich the cultural horizons of people. Radio station "Orpheus" represents Russia in the field of classical music at UNESCO. Representatives of Orpheus are permanent members of the jury of the International Tribune of Composers contest held under the auspices of UNESCO.