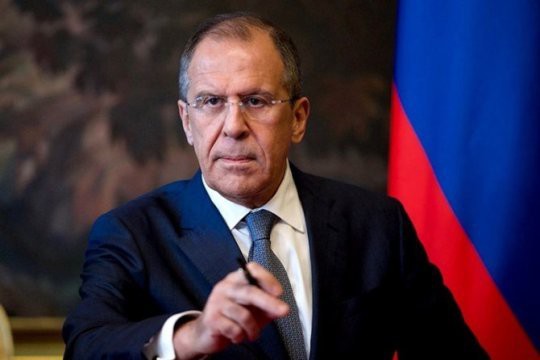 On the eve of my visits to several African countries, I would like to share my reflections on the prospects for Russia-Africa relations in the current geopolitical context with esteemed readers.

Russia has consistently advocated Africa’s strengthened position in the multipolar architecture of a world order which should be based on the principles of the UN Charter and take the world’s cultural and civilizational diversity into account. In this context, we welcome the successful development of such integration structures as, for example, the African Union, East African Community, Southern African Development Community, Economic Community of Central African States, Economic Community of West African States and Intergovernmental Authority on Development (IGAD). We consider the launch of the African Continental Free Trade Area as an important step towards the true economic independence of the continent, its final liberation from any manifestations of discrimination and coercion.

Russia-Africa ties are based on the time-tested bonds of friendship and cooperation. Our country who has not stained itself with the bloody crimes of colonialism, has always sincerely supported Africans in their struggle for liberation from colonial oppression, provided practical and often gratuitous assistance to the peoples of the continent in the formation of their statehood, creation of the foundations of national economies, defense capabilities build up, and training of qualified personnel. Today we stand in solidarity with the African demands to complete the process of decolonization and support relevant initiatives on the UN platform.

The development of a comprehensive partnership with African countries remains among the top priorities of Russia's foreign policy. We are willing to contribute to its further growth - in line with the strategic decisions taken in late October 2019 at the first Russia-Africa Summit in Sochi.

At the same time, I would specially emphasize: our country does not impose anything on anyone or tells others how to live. We treat with great respect the sovereignty of the States of Africa, and their inalienable right to determine the path of their development for themselves. We are firmly committed to the "African solutions to African problems" principle. Such an approach to developing inter-State ties dramatically differs from the "master – slave" logic imposed by former metropolitan countries, which reproduces the obsolete colonial model.

We know that the African colleagues does not approve of the undisguised attempts of the US and their European satellites to gain the upper hand, and to impose a unipolar world order to the international community. We appreciate the considered African position as to the situation in and around Ukraine. Although unprecedented by its scale the pressure from beyond has not brought our friends to join the anti-Russian sanctions. Such an independent path deserves deep respect.

For sure, the current geopolitical situation requires certain adjustment of the mechanisms of our interaction: first of all, there is a question of ensuring seamless logistic and tuning the system of financial settlements to make them secure from the outer interference. In cooperation with its partners, Russia takes steps to enhance the use of national currencies and payment systems. We are working to gradually reduce the share of dollar and euro in mutual trade. We stand generally for establishing an efficient financial system that is proof against the potential impact from the unfriendly States.

The task of bringing Russian and African economic operators to each other’s markets and encouraging them to participate in large-scale infrastructure projects also comes to the fore. We assume that, as conducted, the second Africa - Russia summit will facilitate settling those and other tasks. Together with our African friends, we have got down to working through its content.

Food security issues are currently high on the international agenda. We are well aware of the importance of Russian supplies of socially important commodities, including food, to many countries around the world. We are mindful that these supplies play an important role in preserving social stability as well as in achieving the benchmarks of the UN Sustainable Development Goals.

I would like to emphasize that the speculations of Western and Ukrainian propaganda that Russia allegedly "exports hunger" are completely unfounded. In fact, these are yet another attempt to shift the blame to others. It is well known that already during the time of "coronacrisis" the collective West, using the mechanism of currency issuance, "absorbed" commodity and food flows, worsening the situation in the developing countries dependent on food imports. That is when the grave situation on the food market began to take shape. Western sanctions imposed on Russia in recent months have further exacerbated negative trends.

It is essential that all our African friends understand that Russia will continue to fulfill in good faith its obligations under international contracts with regard to exports of food, fertilizers, energy and other goods vital for Africa. Russia is taking all measures to this end.

Moscow will continue to pursue a peace-loving foreign policy and play a balancing role in international affairs. We are in favor of broad interstate cooperation based on the provisions of the UN Charter, first of all the principle of the sovereign equality of states. We will continue to strengthen productive interaction with foreign partners who in their turn are willing to cooperate with us.

In this context, we assume that relations between Russia and Africa, whether political, humanitarian or trade and investment, are of an intrinsic value and do not depend on fluctuations in the international environment. It is good to see that our African friends have a similar understanding. Together we will be even stronger.