Russia and Iran are building a Trade Route that defies sanctions 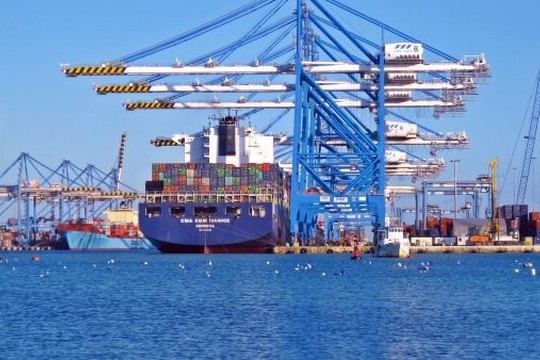 Powerful ports operate in Russia at the Volga-river along the coast of the Caspian sea.

Russia and Iran are building a new transcontinental trade route stretching from the eastern edge of Europe to the Indian Ocean, a 3,000–kilometer (1,860–mile) passage that’s beyond the reach of any foreign intervention, informs Bloomberg. 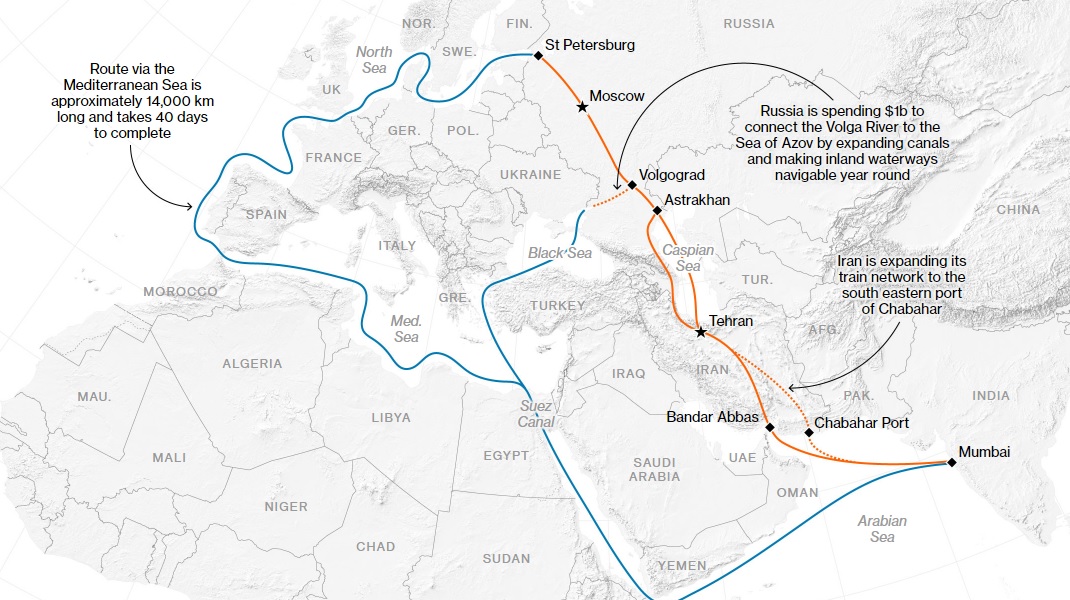 It’s an example of how Great Power’ competition is rapidly reshaping trade networks in a world economy that looks set to fragment into rival blocs. Russia and Iran, under tremendous pressure from sanctions, are turning toward each other—and they’re both looking eastward, too. The goal is to shield commercial links from Western interference and build new ones with the giant and fast-growing economies of Asia.

The emerging trade corridor would allow Russia and Iran to shave thousands of kilometers off existing routes. At its northern end is the Sea of Azov, which is bracketed by the Crimean Peninsula, Ukraine’s southeastern coast — including the Russian–occupied port of Mariupol — and the mouth of the River Don.

Earlier this month, listing his country’s gains from the war in Ukraine, President Vladimir Putin said the Sea of Azov “has become an inland sea” for Russia. From there river, sea and rail networks extend to Iranian hubs on the Caspian Sea and ultimately the Indian Ocean. Putin has flagged the importance of that end of the corridor, as well.

At an economic forum in September he underlined the need to develop the ship, rail and road infrastructure along the route that “will provide Russian companies with new opportunities to enter the markets of Iran, India, the Middle East and Africa, and will facilitate supplies from these countries in return.”

That alarms the US and its allies. “It is an area we’re watching carefully, both that route and more generally the Iranian-Russian connection,” said the Biden administration’s top sanctions official, James O’Brien, after announcing new punishments last week that target executives at Russian Railways. “We are concerned with any effort to help Russia evade the sanctions.”

Ships sailing the Don and Volga rivers have traditionally traded energy and agricultural commodities — Iran is the third-largest importer of Russian grain — but the range is set to widen. The two countries have announced a raft of new business deals that cover goods including turbines, polymers, medical supplies and automotive parts. Russia also supplies nuclear fuel and components for Iran’s reactor in Bushehr.

Russia needs to compensate for the sudden breakdown of its commercial ties with Europe, which before the war was its biggest trade partner, as well as finding workarounds for US and European Union sanctions.

Russia is planning to invest $1 billion to improve navigability across the Azov, into the Don River and across the canal linked to the Volga. Hundreds of ships a day travel through the passage linking the Black and Caspian seas, according to Bloomberg data, with traffic jams routinely building up around the narrowest points.

Trade delegations are shuttling between Iran and Russia with growing frequency — and trade is rising, too. Officially it surged by almost half through August this year. The annual figure likely will soon exceed $5 billion. There’s a “clear path” to reaching $40 billion once a free-trade agreement is in place, Sergey Katyrin, the head of Russia’s Chamber of Commerce and Industry, told a conference in Tehran.

For Iran the pivot has become more urgent amid faltering efforts to restore the 2015 deal with world powers, which lifted sanctions in exchange for restrictions on the country’s nuclear program. Iranian officials say they’re fully focused on what they call “the Eastern axis” — scrapping any plans to revive economic ties with Europe and instead pursuing a slew of trade and energy agreements with Russia, China and Central Asian nations.

Largely beneath the radar of Western governments, a concerted effort has been under way for years to knit together that whole Eurasian territory. China and Russia are already members of the Shanghai Cooperation Organization, an economic – security body that is making Iran its ninth member. China and Iran are both close to gaining membership in the Eurasian Economic Union, which will make free trade across the countries possible. Another institution that links economies in the region and beyond it the BRICS group. Initially made up of Brazil, Russia, India and China, it now also includes South Africa and is poised to expand further.