Russia and the U.S. 70 years after Allied victory in WWII 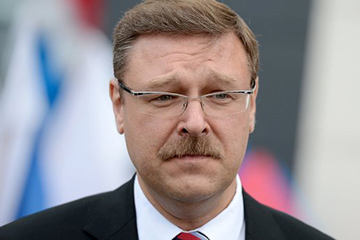 On July 28, 1943, in one of his famous fireside chats, U.S. President Franklin D. Roosevelt told his fellow citizens: “The world has never seen greater devotion, determination and self-sacrifice than have been displayed by the Russian people and their armies this country of ours should always be glad to be a good neighbor and a sincere friend in the world of the future.”

What has stymied this sincere wish of the 32nd president?

There is some validity to each of the possible explanations, making it all the more important to understand how these two completely different countries, at the most difficult moment in the history of humankind, ended up fighting side by side. One of the key drivers of this unusual alliance was a shared recognition of the scale of the evil that the world confronted in 1939.

The Americans and Soviets living at that time would be shocked to learn that many today don’t know who their grandfathers and great-grandfathers fought alongside each other or who they fought against. Today, there are still some people in the world who don’t understand why Victory Day became Russia’s main holiday. Some see purely political motivations — May 9 was the moment of triumph for the Stalin regime, the triumph of the Soviet system. Such primitive interpretations, however, could not be further from the truth.

The answer lies in the very nature of the war that was waged against the peoples of the USSR. It was not a war against ideology, nor a war for geopolitical space or resources. It was a war of annihilation.

Today, it is generally believed that the world lost over 50 million people in World War II. One country accounted for about half the losses. The Soviet Union lost nearly 27 million of its sons and daughters. Four out of every five boys born in the USSR in 1923 did not live to see the end of the war, in which they fought on the front lines in defensive and then offensive operations against Adolf Hitler’s troops.

Despite all this, we endured and won. This is why the victory — our own, as well as our shared victory — is treated with such reverence in Russia. It should come as no surprise that for decades, on this day, people and politicians in different countries put aside their differences and, together with us, paid tribute to those killed, just as politicians were able to put aside their differences and sign the Agreement on Principles Applicable to Mutual Aid in the Conduct of the War against Aggression on June 11, 1942, in Washington.

I recall the Russian reaction to the U.S. tragedy on Sept. 11, 2001. At that time, Russian President Vladimir Putin strongly supported the U.S. and its people. This position was wholeheartedly endorsed by the Russian people, who perceived the American tragedy as their own.

Back then, Russia’s solidarity with the U.S. could have become the prologue to a new coalition between the countries, against the real “evil empire.” In the 15 years since, far from disappearing, the threat of international terrorism and the risk of the proliferation of weapons of mass destruction have only grown and are acquiring a global scale right before our eyes. This is largely because global evil is not opposed by an equally cohesive and decisive global coalition of good. Instead there is only a coalition of interests, which is rather inconsistent in upholding our professed values.

Addressing the General Assembly, the current U.S. president called Russia one of the main threats to international security, alongside the Ebola virus and Islamic State militants. What does this tell us? It would not have occurred to Roosevelt to suggest that the Soviet Union and Nazi Germany posed the same kind of threat, even though the America of his day differed from Stalin’s Soviet Union far more than the U.S. and Russia differ today. Nevertheless, colossal resources are spent to demonize Russia and alienate us from our neighbors and partners.

This is not the result of the actions attributed to Russia in Ukraine. On the contrary, the events surrounding Ukraine are largely the result of this antagonistic approach toward Russia. Since 2001, and really since 1991, we have been asking the same question: why? What is the point of constantly trying to leave Russia in a vacuum and force its neighbors to make an “either/or” choice?

The loss of Russia could become the biggest U.S. blunder of the new millennium. And it is utterly wrong to blame it on the Kremlin, because many ordinary Russians, not just the politicians, are disappointed and troubled by actions taken in support of avowed Russophobes in countries neighboring Russia, relying on the rationale “[he] may be a son of a bitch, but he’s our son of a bitch.”

Another example is the refusal of leading U.S. representatives to attend the celebration of our shared victory. This will not cause more damage to our relationship (is that even possible at this point?), nor will it change anything about Russian policy. But it will be perceived as an unfriendly gesture toward the nation and ordinary Russians. To them, Victory Day exists outside politics and ideology. Roosevelt and ordinary Americans understood this 70 years ago.

Three weeks before his death, Nobel-winning German novelist Gunter Grass warned: “We risk repeating our old mistakes, unconsciously sleepwalking into a new world war.” Russia and the U.S. have been able to resolve problems related to Syria and Iran. This is excellent experience to build on. However, again and again, we miss opportunities. The time has come for responsible politicians to halt this dangerous trend. Nothing in the world is predetermined. There is nothing we cannot change, given the will and reason — collective will and collective reason. However, to achieve this, we must learn the art of politics and dialogue as practiced by the men who forged the anti-Nazi coalition and won together.