Russia and Turkey: Searching for a Model for Their Broadening Partnership 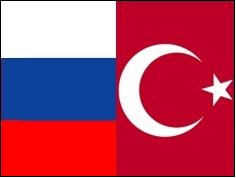 The trade turnover between Russia and Turkey has topped $30 bn, the ambitious target to be attained within the coming five years being $100 bn. Russia`s investments in Turkey contently total over $4 bn, and Turkey`s in Russia - over $6 bn. Russia supplies around 70% of Turkey`s fuel demand, and - as a plan for the future - the two countries have reached agreements on nuclear energy cooperation (Russian companies will construct one or several nuclear power plants in Turkey). Russia and Turkey are equally interested in broadening the role of the latter in the transit of Russian energy resources, and, overall, they are clearly entering a new phase of partnership.

The rapid expansion of economic transactions between Russia and Turkey, particularly in the energy sphere, necessitates a higher level of political interaction. In this context, the background is defined by serious problems in Turkey`s relations with the US and Israel as well as by Turkey`s diplomatic efforts aimed at taking a bigger geopolitical role in the Black Sea and Caspian Sea regions.

One of the key themes D. Medvedev will address in Ankara is the regional security and stability in the Caucasus. This important territory can either help integrate or fragment Eurasia`s key transit network of three seas doted with existing and planned oil and gas pipelines. The region`s importance further increased due to the tide of the Balkan conflicts.

No doubt, D. Medvedev is going to discuss the Caucasus Stability and Cooperation Platform proposed by Turkish Prime Minister R. Erdogan on August 13, 2008 during his visit to Moscow. Erdogan`s plan is to establish an international organization to focus on common security and on the energy supply cooperation in the Caucasus region. The countries to join in, as suggested by Erdogan, are Russia, Turkey, Azerbaijan, Georgia, and Armenia.

There were four serious shortcomings in the Platform, at least at the moment when the idea was floated:

1.The whole range of negative consequences of shutting Iran out of the suggested international organization has not been taken into account.

2.The plan ignored Armenia`s entrenched mistrust of any initiatives emanating from Turkey.

3.Serious obstacles could be put in the way of the initiative by Azerbaijan`s a priori negative perception of any projects involving Armenia.

4.Further difficulties could arise due to the legacy of the August conflict between Russia and Georgia.

The platform reflects Turkey`s interest in regaining its historical great-power status via simultaneously becoming an important regional player in the Balkans, in the Caucasus, in Central Asia, and in the Middle East.Turkish foreign minister Ahmet Davutoglu stated recently that Turkey`s international priority in the coming century would be to ensure the rise of the Ottoman Balkans as the center of global politics.

The past several years have seen a considerable drift in Turkey`s relations with Israel, Iran, Russia, and Armenia. In October, 2009 Turkey scrapped its fairly old plan to launch joint air force exercises with Israel. Practically at the same time, Erdogan visited Tehran where talks produced a memorandum of understanding in the oil and gas sector between Iran and Turkey. According to the document, Turkey will channel to the world market 17.5 bcm of natural gas from South Pars, the world`s largest gas field shared by Iran and Qatar.

By sealing the deal, Iran emerged as the number one natural gas supplier for the Nabucco project, sidelining such contenders as Turkmenistan, Iraq, and Azerbaijan. There is a consensus among experts that at the initial phase the amount of gas Turkey intends to pump out of the South Pars field should be more than sufficient to match the Nabucco throughput. Therefore, the Western-backed pipeline project meant to open to the EU a route of natural gas transit bypassing Russia is getting a chance to secure an adequate resource base.

Definitely, the range of regional security issues on the table during the coming talks between D. Medvedev and the Turkish leadership is going to be extremely broad. Though in many cases the interests of Russia and Turkey in international politics and their national security approaches diverge, there is a set of significant tasks that the two partner-countries are sure to be tackling jointly.