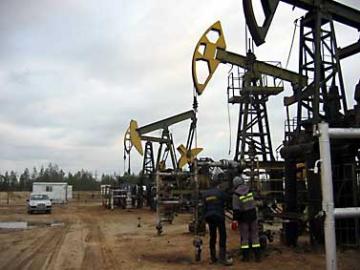 Since Uzbekistan had always been known for having plenty of natural gas deposits and well-developed pipeline infrastructure, already in Soviet times the country actively cooperated with Russia as part of a single oil and gas complex providing gas supplies to industrial centers in the Urals and to the European part of the USSR. Apart from this, Uzbekistan was a transit country for the Turkmen gas. After the collapse of the Soviet Union, Russia and Uzbekistan experienced dramatic changes in oil and gas cooperation, living through both decline and rise.

In 1990s, that was a period of decline, when Uzbekistan did not supply much of its natural gas to Russia. On the other hand, as Uzbekistan boosted its own crude production capacity and reduced exports of the Russian oil and oil products. Such decline was mainly linked to a general crisis-in Russia and in its relations with Uzbekistan, as well as to a lack of new legal basis for oil and gas cooperation.

After Vladimir Putin had come to power in Russia in 2000, and an agreement on oil and gas cooperation between Gazprom and Uzbekneftegaz was signed in 2002, the two countries saw a revival of their energy partnership. The year 2004 marked the beginning of active investment activity for the Russian oil and gas giants, Gazprom and Lukoil, in Uzbekistan. Noteworthily, in comparison to other countries, Russia managed to take the leading positions in the Uzbek energy market.

Since the republic is rich in natural gas deposits and thus has good export opportunities, exploring its gas fields is a matter of economic priority for Russia. The country already shows dynamic growth and strategic perspectives in the republic`s oil and gas sector. However, this cooperation is first of all aimed at boosting oil output, preprocessing and exports of hydrocarbons to external markets but not focuses on deep processing of hydrocarbon raw materials. It appears that the current format of cooperation fails to ensure stable and full-fledged economic cooperation between Moscow and Tashkent.


The Soviet period
In Soviet times, oil and gas cooperation between the two countries mainly focused on gas deliveries from Uzbekistan, coordination of measures to ensure functioning of a unified gas transportation system and supplies of oil and oil products to the republic. When in ealry 1960s Uzbekistan opened Gazly gas deposit, the Soviet Union started receiving natural gas for its industries in the Urals and in the European part of the country. The Bukhara-Urals pipeline was built to deliver gas. And when new gas fields were discovered in south-western Uzbekistan, they offered additional resources for the Central Asia-Center gas pipe. In 1990, Russia received about 10.8 billion cubic meters of gas out of 46 billion produced in the republic at the time. Besides, Uzbekistan as well as Kazakhstan allowed the transit of natural gas produced in Turkmenistan. In 1990 over 54 billion cubic metersof Turkmen gas were delivered through the Central Asia-Center gas pipeline.

Amid such productive gas cooperation, oil partnerships were not that active. Though in Soviet times Uzbekistan was one of the oil producing republics, its oil production capacity (some 4 million tons in 1990) did not fulfil its needs, that is the fuel was also imported. In Soviet times, Uzbekistan received the Russian oil mainly from western Siberia. When delivered, the oil was sent for processing at the Ferghana and Altyarykskiy plants via the Omsk-Pavlodar-Shymkent oil pipeline, and by railways through Kazakhstan. As of 1990, Uzbekistan received from Russia about 6.5 million tons of oil.

The post-Soviet period
After the collapse of the Soviet Union, oil and gas cooperation between Russia and Uzbekistan weakened. There were both decline and rise in their cooperation.

Gas deliveries
When the Russian-Uzbek oil and gas cooperation was in decline in 1990s-in the beginning of the 21st century, natural gas supplies from Uzbekistan to Russia reduced significantly. And before 2003 Russia had not received more than 1 billion cubicmeters of the Uzbek gas per year. The international group of companies ITERA working jointly with Gazprom was the main gas supplier at the time. In 1996-2003 ITERA exported only 8.9 billion cubic meters of gas from Uzbekistan.
Such decline was mainly linked to a general crisis in Russia-Uzbekistan economic partnership, as well as to a lack of new legal basis for oil and gas cooperation. Above all this, the collapse of the Soviet Union led to closure of most industrial facilities in the Urals (and they were key consumers of the Uzbek gas). At the same time, Uzbekistan boosted domestic gas consumption as part of a national program to bring gas to rural areas.

The situation started to change after in December 2002 Gazprom and Uzbekneftegaz had signed an agreement on strategic gas cooperation. Apart from other issues, the deal stipulatedlong-term purchasing of the Uzbek gas in 2003-2012. The year 2004 marked a real breakthrough in energy cooperation when Gazprom took control of all issues related with purchasing and transportation of the Uzbek gas. And if in 2003, when ITERA was buying gas from Uzbekistan, the amount was only 1.3 billion cubic meters, in 2004 Gazprom exported from Uzbekistan 7 billion. In consecutive years (2005-2009) these figures changed from 8 billion to 15.4 billion cubic meters. Russia had used to buy gas from Uzbekistan at special prices, in accordance with annual contracts, but starting from January 1, 2009, the sides agreed on a new form of pricing which relied on the European average gas prices, and this could not but improve the bilateral cooperation.

Transit of gas
After the Soviet Union ceased to exist in 1990 and through 2003 the transit of Turkmen gas to Russia via Uzbekistan was sharply reduced (in 2003, Russia received only 5.2 billion cubic meters, many times less than in 1990). And the deliveries were more of sporadic character due to difficulties in cooperation between Moscow and Ashgabat. In 1997-1999 Russia did not receive gas from Turkmenistan at all.

After relations between Russia and Turkmenistan improved, gas delivery and transit rates increased. What was also important is that gas supplies from Turkmenistan were resumed on regular basis. In February 2005, Gazprom and Uztransgaz (sub holding for Uzbekneftegaz) signed a long-term agreement on the natural gas transportation in 2006-2010 via Uzbekistan. In 2008 about 47 billion cubic meters of gas were pumped through the Uzbek territory, but in 2009 transit rates reduced because of differences between Moscow and Ashgabat over pricing amid a sharp decline in gas demand in Europe.

Oil& oil products deliveries
In the post-Soviet period Russia supplied little oil to Uzbekistan. Mainly it was because Tashkent sought energy independence. Enjoying growing oil production, the republic no longer had to import crude from abroad, first of all from Russia. Since 1997, when Uzbekistan was producing 8 million tons of oil per year, it stopped importing crude.

But for some reasons, including those of technological character, in the beginning of the 21st century, oil production rates slowed down, while demand remained as high as before. In 2005 this tendency reached the peak after oil production rates in Uzbekistan dropped. As a result, starting from 2006, Uzbekistan had to resume imports of oil and oil products from Russia and Kazakhstan. Currently, oil is being delivered to the republic by the Russian Lukoil company from the Kumkol deposit in the Kyzylordinsk region of Kazakhstan.

New fields of cooperation
After Gazprom and Uzbekneftegaz signed an agreement on oil and gas cooperation in 2002, the two countries saw a revival of their energy partnership. Equally with agreements on long-term gas purchase deals, Russia was invited to join exploration of new deposits and develop the republican infrastructure.

In 2004 Gazprom and Lukoil launched their investment activity in Uzbekistan. Gazprom focused on the development of old and exploration of new deposits in the Ustyurtsk plateau, while Lukoil was dealing with new fields in the Bukhara-Khivin region and in the Uzbek part of the Aral Sea. Apart from the aforementioned companies, some other Russian companies have been actively operating in Uzbekistan as part of various less significant projects.

Since Uzbekistan is rich in natural gas and thus has good export opportunities, exploring its gas fields is a matter of economic priority for Russia. The country already shows dynamic growth and strategic perspectives in the republic`s oil and gas sector. If in 1990s Russia`s investments in the Uzbek oil and gas sector were harldy noticeable, as of early 2010 they exceeded $1.25 billion. This year Lukoil expects to invest in the local deposits more than $470 million, while the total amount of money Russia plans to spend on exploration and modernization of the Uzbek energy sector by 2012 is approximately estimated between $4.7 and $ 6.2 billion.

***
In comparison to other foreign companies operating in Uzbekistan, Russia manages to regain the leading position in the Uzbek energy market,which however in no way guarnatees that things will unfold this way further.

On the one hand, the Russian companies yet have not joined Uzbekistan in its projects aimed at deep processing of hydrocarbon raw material, relying mainly on geological exploration, production and transportation of gas. Such approach, however, does not meet Uzbekistan`s economic goals since the republic has been focusing on innovative approach and ways to get substantial added value through modernization of the national gas transit system.

On the other hand, taking into consideration some technical and financial restrictions in terms of the Russian energy business, Uzbekistan has been seeking cooperation with China, Malaysia, Korea, Singapore and Japan for these countries can boast modern technology as well as vast financial resources. It is also important to mention here that Russia has lost its monopoly on gas exports from the region. Although Uzbekistan yet has not officially announced its plans for diversification of gas export routes, some experts believe that the republic could start exporting small amounts of gas to China.

In other words, Moscow and Tashkent will hardly advance to a brand new level of economic and political cooperation unless they revise their energy partnership based only on raw materials.