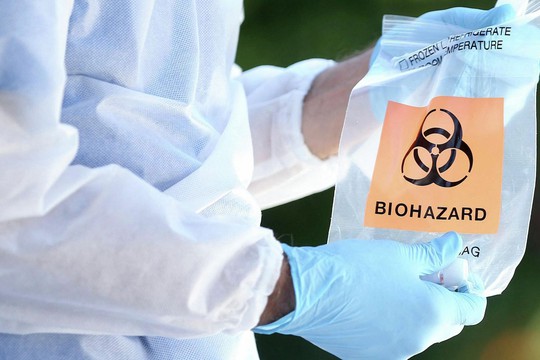 Moscow demands answers to questions about USA military-biological activities in the post-Soviet space, official representative of the Russian Foreign Ministry said in an interview with TASS.

TASS correspondent noted that on June 9, a "Reference material on efforts to reduce the threat of Weapons of Mass Destruction (WMD) with Ukraine, Russia and other former USSR countries" was published on the Internet portal of the US Defense Department, and that a significant part of this material is devoted to the activities of the Pentagon in the post-Soviet space in the biological sphere. The correspondent then asked for a comment on the allegations contained in the material about the allegedly peaceful nature of such US activities.

In the answer the MFA official spokesperson said that the Russian side considers this material as a "stuffing" and as part of an information campaign initiated by Washington to justify the US military-biological activities in the post-Soviet space in order to divert the attention of the international community from its true opaque and unseemly orientation, which runs counter to Washington's international obligations, including the Convention on the Prohibition of Biological and Toxin Weapons (BTWC). Taking into account the fact that the United States has not yet withdrawn its reservation to the Geneva Protocol of 1925 prohibiting the use of bacteriological weapons, the question arises quite reasonably regarding the real goals of the Pentagon's international military biological activity.

The comment of the US DoD looks especially cynical against the background of facts and evidence obtained during a special military operation in Ukraine, which confirm the implementation of military biological activity in biological laboratories on the territory of Ukraine with the support of the Pentagon Threat Reduction Agency and its affiliated companies contrary to Articles I and IV of the   Biological and Toxin Weapons Convention (BTWC).

While responding to a question whether the Russian side will take any measures to increase control over the activities carried out by the United States in biological laboratories in the post-Soviet space, it has been said that it intends to use mechanisms in the near future, in accordance with Articles V and VI of the Convention, which provide for consultations between the BTWC participating States in resolving any issues regarding the purpose of the Convention or in connection with the implementation of its provisions, as well as cooperation in conducting any investigations of possible violations of obligations under the BTWC.

It has been clarified that Washington conducted biological research in other countries of the former USSR. Moscow has also repeatedly drawn attention to the activities of the so-called R. Lugar Public Health Research Center in Georgia, where the "Department of Medical Research of the US Army-Georgia" is deployed on a permanent basis. Russian officials (including representatives of the Ministry of Foreign Affairs and the Ministry of Defense) and public figures, as well as Georgian experts and representatives of civil society have repeatedly pointed out that the activities of the R. Lugar Center raise serious questions about US compliance with obligations under the BTWC. In particular, it was noted that on the basis of this biological centre, studies are being conducted on the use of insects as carriers of particularly dangerous biological agents and infectious agents.

For obvious reasons, the United States prefers to keep silent about the ongoing work in the post-Soviet space and does not provide information as part of the BTWC confidence-building measures. The claims that the activity of the Pentagon and related structures is focused exclusively on health issues are not true. It is obvious that assistance in the field of healthcare does not require the participation of the US military. Moreover, the explanations repeatedly made by the American side that the United States is collecting biomaterials and monitoring the epidemiological situation only reinforce concerns in the context of compliance with the BTWC taking into account the facts revealed in Ukraine.