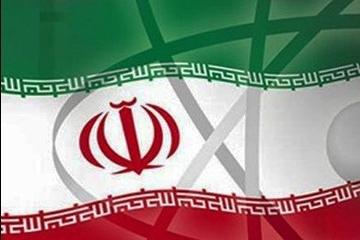 In an interview with a Russian news agency, the U.S. Secretary of Defense, Robert Gates, once again touched upon the so-called Iran’s nuclear problem (actually, instead of the word ‘problem’ Tehran has been using ‘Iran’s nuclear issue’). Mr. Gates repeatedly announced that Washington does not rule out any scenarios, including a military attack on Iran. The Pentagon chief stressed that the U.S. welcomes Tehran’s peaceful nuclear program but suggested that Iran had been seeking ways to produce nukes.

Iran is becoming one of the key issues of foreign policy for Russia, and it covers a broader range of problems apart from ‘will the U.S. attack Iran and when’.

On 14th of September Moscow hosted an international conference on security in Iran. The talks brought together diplomats form Iran, Israel, Iraq and Russia, who shared their views on how the current situation in Iran might affect Russia’s role in global politics and in the system of regional security in the Middle East.

The participants made different predictions, which points to a lack of unity among experts on Iran. Some believe that the U.S. and its allies will not resort to any other means except propaganda or attempts to undermine the ruling regime in Tehran. Others are being more realistic.

If the U.S. acted on its own, it would have probably turned a blind eye on a possibility for Iran to obtain nukes-like they do it in case of Pakistan or North Korea. After all, the proliferation of nuclear weapons is inevitable process, and the problem is all about an approach to the issue. But if we suggest that Washington and Tel-Aviv have a kind of agreement on Iran, everything gets clearer.

The intention of Iran to destroy the Jewish state is being much spoken about in Israel.Journalists quote Mahmoud Ahmadinejad, though his words are often taken out of context. And let the idea of converting Israel into an Arab-Jewish state seem extravagant- actually, it differs little from hostile words about a change of regime in Iran, a country surrounded by U.S. military bases and other facilities. Expert for the Russian Institute of Strategic Studies, Mr. A. Kuznetsov, thinks that a true reason for so much fuss being made about Iran is that the country does not obey to Washington like it used to be under the royal regime, when this notorious nuclear program was launched by the West.

A nuclear-free zone in the Middle East could have become the most suitable option to bring peace to the region. Still, two obstacles remain on the way: Israel’s intention to regain monopoly on nuclear weapons in the area, and, secondly, the U.S. attempts to maintain leadership in the Middle East. This region of Eurasia is among the key areas of influence for the U.S. Probably, Washington relies on a series of large-scale international conflicts in order to revive its weakening leadership.

Under these circumstances, sovereignty of Iran should have necessary geopolitical support.

How things are going on in Eurasia is determined also by the relations between Russia and Iran. And we should keep in mind that those differences which remain between Moscow and Tehran emerged long ago, and little can be improved if we rely only on the 1921 Soviet-Iranian Treaty of Turkmanchai. The Caspian Declaration of 2007 did not make countries, which do not comprise this region, abandon their plans to strengthen their positions in Central Asia. Despite some very promising signs in the previous years, in 2009 trade volume between Russia and Iran declined, and this tendency is likely to continue in future. It is also easy to see the difference in the number of flights between Moscow and Tel Aviv and Moscow and Tehran.

The ongoing tense discussions on Iran are expected to help Russia have enough scenarios of how to protect its interests in view of the Iranian problem and boost cooperation with Tehran on the most pressing issues.