Russia is a part of Europe, which never became a part of Russia 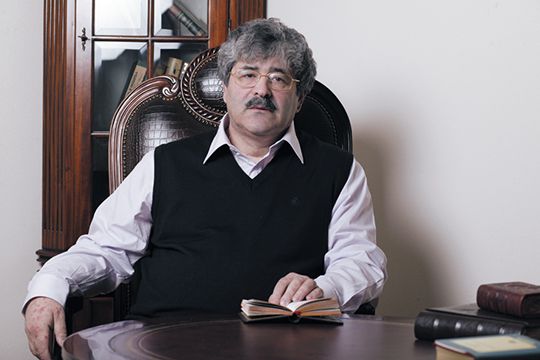 The process of the new European integration coincided in time with the intensification of the process of globalization, which has stimulated and inspired the formation of the European Union. Presently, debates about the crisis of globalization are going almost simultaneously with discussions about the crisis of European integration. The European press is now wondering who is to blame for the fact that globalization, which, overall, has contributed positively to the process of global development, failed to become a universal and, most importantly, a harmonizing model of the world order.

According to the authoritative participants in the discourse, currently going on in the European press, “the inevitable trilemma of the world economy, namely, the contradiction between the realities of democracy, sovereignty and global economic integration" has been both a bone of contention and a stumbling block. Naturally enough, these global tendencies have reflected negatively on the integration process involving the better part of Europe.  As Alexei Gromyko noted in one of his recent speeches, the old principles of European integration are no longer being emulated.

The pro-EU-minded European elites admit that the whole idea initially emerged as a political project, with a “top down” structure. According to the authors of a collective study of identification problems in Europe, published by Cambridge University, political scientists of the European Union, often sponsored by the European Commission, focus mainly on the Union itself and the influence of its institutions, while virtually ignoring how the sense of community was being formed “from the down up” also outside the EU institutions or close to them. They added that the financial and economic crisis had clearly shown that external disciplinary principles of integration are ahead of, and in some cases run counter to internal integration, as well as its regional diversity.

Europe is now fully aware of the need to maintain its global competitiveness and exercise a rapid transition to a new industrial revolution. As for the East European countries, however, they do not have sufficient financial and economic resources to build a fully competitive industry of their own, and, therefore, EU subsidies to the tune of 20 percent of these countries’ budgets helped to narrow to some extent the yawning gap in the socio-economic development between the “old” and “new” Europe.

According to the director of the Minsk-based Center for European Integration, Yuri Shevtsov, “what we see today is a clear transition of European integration to a new principle of dealing with less developed states. The previous level of hidden and open subsidies is no longer possible. Juncker's stimulus plan for the EU’s high-tech sector ... was mainly applied to the countries of "old" Europe that are better prepared for it ... The inevitable cuts in subsidies to Eastern Europeans create a new reality for them for the long haul and essentially perpetuate the longstanding negative tendencies of the region’s economic development. What can Eastern Europe hope for during the 10-15 years? What are the consequences of the EU's switch to a new development model? "

This leads to another important question of whether this new reality will set the stage for a new historical rapprochement between Russia and the countries of this part of Europe.

It is not only economic issues and stability of the European market for the consumption of our energy resources that we are concerned about, of course. There is no denying the fact that Russia is a part of Europe. The French cultural historian, Pierre Chaunu, argued that involvement in an intra-civilizational dialogue is the only criterion of someone’s belonging to European civilization. Russia fully meets this criterion, of course. And yet, where does the feeling of a certain watershed, a barrier separating Europe from Russia that once was so acutely felt by the Slavophiles and Westernizers, really come from? From the point of view of anatomy, Russia is a part of Europe, which never became a part of Russia. How about the powerful influence of Byzantine culture on European civilization? Don’t we see enough traces of this culture in Italian, German and other European cities? And still, Byzantium never became part of Europe, which tried so hard to destroy the civilization of which Russia became a successor...

It is highly symptomatic that the Dutch authorities recently listed Russia as one of the countries “around Europe,” including this status in the concept of the kingdom’s foreign cultural policy for 2017-2020. We know, however, that the Netherlands is not alone in this assessment. Paradoxically, it was Holland that was the main partner of and a source of inspiration for Peter the Great, who opened the “window on Europe.”

We say that Russia is a part of Europe as if we were standing on the opposite bank. Why so? It would be more natural for us say: “Europe is a part of Russia,” especially since Russia is not absorbed by Europe and has a significant part of it belonging to Asia, and not only geographically.

At the dawn of the past century, one Russian thinker wrote: “When reading the press and listening to public moods, I am saddened to see just how neglected our Russian thought really is and how timidly, as if apologizing, Russian people think in Russian when their thoughts differ from those of the West. ”

The Institute of Europe is more than just an academic institution; it is the center, the focus of Russian thought about Europe. Moreover, in your work you have managed to maintain an important balance that is often ignored, especially by our education system, which prioritizes one part of Europe over the other. This is our eternal problem. Just as was so sadly noted by the observer I mentioned before, “We know something from history, from German, French and English literature, but we don’t know a thing about the history and literature of the Slavs. If the Russian people were examined on the history of Slavism, I think the result would be pretty much instructive, as we would feel ashamed of our ignorance. We learned about Karl, Friedrich and Louis at school, but not about the Slavs."

The Russian philosopher Vladimir Ern famously said that in relation to Russia, Europe was making a rather rapid transformation from “Kant to Krupp.” This is something we should always keep in mind.

What trends will prevail in Europe? Centripetal, deepening the next internal convergence, or centrifugal, which will make Europe a conglomerate of nation states again? After all, history does not repeat itself in details only.

I think there is no need for any of us to become Eurosceptics or Euro-optimists, even though sometimes it seems to me that there are more Euro-optimists among our political analysts (in percentage terms) than anywhere else in Europe. It is important for us to understand just how Europe’s political, cultural and economic development is going to affect us. What will these changes mean for Russia? What do we need to prepare for?

The work being done by your institute and its unique team, acquires a truly invaluable role in solving these problems, and I want to wish all of you every success in this all-important endeavor!