Russia is not guilty for global food crisis. But who stands to gain? 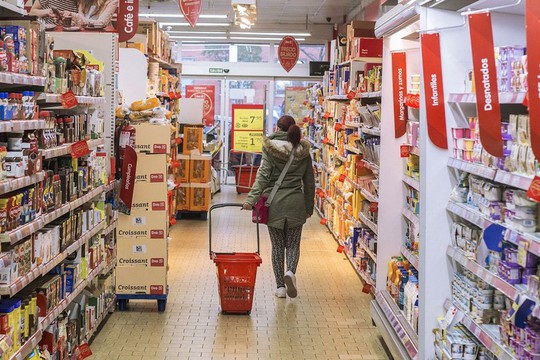 President Vladimir Putin dismissed allegations that Moscow is responsible for global food crisis and soaring prices for gas and fertilizers. Here are some points he underscored.

The President explained that the situation with the global food market  got worse not yesterday or even with the launch of Russia’s special military operation. The situation took a downturn in February 2020 during the efforts to counter the coronavirus pandemic when the global economy was down.

First, large amount of money were allocated to support the population and certain businesses and economic sectors during COVID-19 pandemic. E.g., the money supply in the USA alone grew by 5.9 trillion in less than two years, from February 2020 to the end of 2021.  The total cash supply grew by 38.6 percent. The U.S. Secretary of the Treasury recently said it was a mistake.

The second reason was European countries’ short-sighted policies, and above all - the European Commission’s policy in regard to energy. The capabilities of alternative types of energy are overestimated: solar, wind, any other types, hydrogen power – those are good prospects for the future, probably, but today, they cannot  produce energy in the required amount, with the required quality and at acceptable prices. And at the same time, they began to belittle the importance of conventional types of energy -  hydrocarbons.

What was the result of all this? Banks stopped issuing loans because they were under pressure. Insurance companies stopped insuring deals. Local authorities stopped allocating plots of land for expanding production and reduced the construction of pipeline transport  systems. All this led to a shortage of investment in the world energy sector and price hikes as a result. The wind was not as strong as expected during the past year, winter dragged on, and prices instantly soared.

On top of all that, the Europeans did not listen to Russia’s requests to preserve long-term contracts for the delivery of natural gas to European countries. As soon as gas prices started going up, fertiliser prices followed suit because gas is used to produce some of these fertilisers. Everything is interconnected. By the way, Russia accounts for 25 percent of the world fertiliser market. As for potash fertilisers Russia and Belarus account for 45 percent of the world market.

The British and later the Americans imposed sanctions on Russian fertilisers. Later, having realised what was happening, the Americans lifted their sanctions, the Europeans did not. In near future this will make the situation in the world fertiliser market even worse, and hence the crop prospects will be much more modest, and prices will keep going up – that is it.

20 million tonnes of Ukrainian wheat are potential exports. As for shipping out Ukrainian grain to foreign countries, Russia does not try to prevent this.

In the interview Vladimir Putin suggested six ways to export grain from Ukraine.

The first one. It can be shipped out via the Ukraine-controlled ports, primarily in the Black Sea – Odessa and nearby ports. Russia did not mine the approaches to these ports – Ukraine did this, and namely Ukraine should demine these ports and let the vessels loaded with grain to leave them. 70 different foreign ships are stuck in Ukrainian ports at this point. They are simply locked up and their crews are still being held hostage by Ukraine. Vladimir Putin insisted, that before that Ukrainians must clear the mines and raise the ships they sunk on purpose in the Black Sea to make it difficult to enter and leave the ports to the south of Ukraine.

There is the second opportunity: via the ports in the Sea of Azov – Berdyansk and Mariupol – which are now under Russian control, and Moscow is ready to ensure a free exit from these ports, including for exported Ukrainian grain. These ports have been almost demined by Russia. It will create the necessary logistics in this area. The President of Russia said Moscow will guarantee their peaceful passage to international waters without any problems.

It is possible to use the third option – to move grain from Ukraine via the Danube and through Romania.

Fourth. It is also possible through Hungary.

And fifth, it is also possible to do this via Poland. Yes, there are some technical problems because the tracks are of different gauges and the wheel bogies must be changed. But this procedure takes a few hours, that is all.

Finally, the easiest way is to transport grain via Belarus. This is the easiest and the cheapest sixth way because from there it can be instantly shipped to the Baltic ports and further on to any place in the world. But those who imposed sanctions would have to lift the sanctions against Belarus.