Russia marks 15 years of its membership in OIC 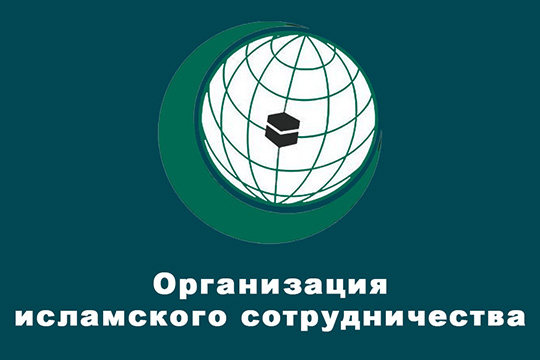 Russian and foreign politicians, as well as the leadership of the OIC, took part in a videoconference organized on the occasion by the Permanent Mission of the Russian Federation to the Organization of Islamic Cooperation.

The participants discussed a range of important issues, including the development of political dialogue and across-the-board cooperation between Russia and the countries of the Islamic world. They also underscored the significance of Russia's joining the OIC in 2005 as an observer.

However, the extensive preparatory work, carried out over several years ensuring the success of the Russian bid to join the organization as an observer has been largely ignored.

One aspect of that preparatory work was the need to ease tensions and explain the real meaning of the events in the North Caucasus, where the Russian Federation had to deal with a large-scale conspiracy by international terrorist organizations and a maze of anti-Russian forces supporting those organizations.

The February 2004 visit to Saudi Arabia by the first president of the Chechen Republic, Akhmat Kadyrov, who led a delegation of public and religious figures representing Russia’s North Caucasus republics, was a significant part of that preparatory work.

The prospect of such a visit was discussed by President Vladimir Putin and the Crown Prince of the Kingdom of Saudi Arabia Abdullah on September 3, 2003.

However, the whole idea faced serious hurdles due, among other things, to the presence in Saudi Arabia of opponents of our rapprochement, who were influenced by anti-Russian forces and criticized Moscow’s policies in the North Caucasus.

The Saudi Foreign Minister, Faisal Al-Saud, told me, as Russia’s Ambassador to the Kingdom, that “the fate of the visit is in the hands of Crown Prince  Abdullah,” who was then the de facto leader of the country (King Fahd was seriously ill and was virtually incapacitated).

After a tense, over two-hour-long discussion of the issue with the Crown Prince, he gave the visit the go-ahead, adding that all members of the delegation and accompanying persons would, without exception, be treated as “personal guests of the King of Saudi Arabia” and placed in the official government residence.

Upon his arrival in Saudi Arabia, Akhmat Kadyrov met with top members of the Saudi government, including the foreign minister and ministers of the economic bloc, the leadership of the OIC, the President of the Islamic Development Bank, Ahmed Mohamed Ali, and local public and religious leaders.

Akhmat Kadyrov’s excellent knowledge of the Arabic language and the intricacies of Islamic culture and his frankness eventually broke the ice of mistrust and contributed to the success of negotiations on Russia's accession to the OIC.

Morocco’s ex-Foreign Minister Abdul Waheed Belkaziz, who served as the OIC Secretary General between 2000 and 2005, and Saudi Foreign Minister Faisal Al-Saud, who organized a meeting in Jeddah of representatives of OIC member countries to present weighty arguments in favor of the importance of Russia's joining the alliance, played a major role in establishing a new climate of friendship between Russia and the Organization of Islamic Cooperation. During the meeting we agreed to amend the IOC Charter so that it would allow Russia to join the organization as an observer.

Today, our cooperation is many-sided and productive. It is really imperative for us to bear in mind our previous experience of friendly interaction and to give credit to our partners, including the Saudis, who played such an important role in opening up new opportunities for cooperation between Russia and the Arab, Islamic world.