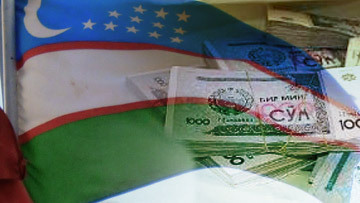 The region of Central Asia is an epicenter of global interests. Competition between the U.S., Russia, the EU, China, India, Iran directly impacts the regional economy, and Uzbekistan is one of the main routes for financial inflows into Central Asia.

Uzbekistan is ranked between more economically well-off Kazakhstan and Turkmenistan and less successful Tajikistan and Kyrgyzstan. Many strategic companies can no longer be run at full capacity, the Russian-speaking specialists are leaving, and there is no idea how to train new personnel. The country lacks effective system of financial management. There are only a few private banks owning scanty capital and facing tough governmental pressure. Oligarchs can be found among state officials, who enjoy control over various fields of economy through relatives at all top posts. Tashkent appears to be rather West-oriented, and Rustam Azimov is believed to be the most likely successor to Islam Karimov. Azimov, multibillionaire and vice-president of the European Bank for Reconstruction and Development, has connections with global financial elite, and this is where he pins his hopes on.

On 17th June 2010 the World Bank Board of Directors approved a $25 million loan aimed at making the Uzbek industries more energy efficient. Two state-owned banks, Asaka and Uzpromstroybank, and one private Khamkorbank are involved in the project. Each of these banks will receive $8 million to reloan local industries. The project will run for 5 years, with the total amount of investment expected at $34.6 million. The International Development Association (IDA) of the World Bank is allocating $25 million, while $9.6 million will be provided jointly by the Uzbek banks and industries.

Countries of the EU have become more active in the Uzbek market. Nowadays Germany is among the key trade partners for Tashkent. The German businessmen are paying special attention to the development of the Uzbek light industry. In the past ten years Germany has invested in Uzbekistan more than $1.5 billion. As of today, Germany owns 140 joint enterprises in Uzbekistan, having shares of more than a 1 million Euros in each. Germany set up in Uzbekistan the Association of Light and Clothing Industry Exporters. Besides, Berlin has been joining projects in mineral exploration. Germany’s Engineering Dobersek signed a deal to supply equipment necessary for the construction of gold-mining facility at two Uzbek deposits.

The Czech Republic has also intensified its involvement in the Uzbek economy. A consortium of Inerkon Power and Sitronics Ts companies is expected to join a project to launch a computerized electric power energy control system. The $15-million project stipulates the creation of a unified center for managing the system and is expected to run for a year.

Meanwhile, economic cooperation between Tashkent and Beijing is developing at the fastest pace. Uzbekistan ranks first among Central Asian countries in terms of trade partnership with China. The Karimov administration accepts economic proposals from China viewing Beijing as a counterbalance to Moscow. About 20 infrastructure projects costing more than $600 million have been launched in Uzbekistan with support from the Chinese government. Beijing is also taking more active part in local oil-, gas and mining industries. The China National Petroleum Corporation (CNPC) has been dealing with geological exploration in aquatoria of the Aral Sea, and in Ustyurt, Bukhar-Khivin and Ferghana investment blocks. In 2009 trade volume between Uzbekistan and China enhanced by 20% and reached $1.91 billion. China’s exports to Uzbekistan climbed 22% to $1.56 billion, imports- by 6.2% to $350 million.

In June 2010 Uzbekistan and China signed a framework agreement on supplies of 10 billion cubic meters of gas, earlier supposed for the Russian Gazprom. The agreement was clinched between Uzbekneftegaz and the CNPC despite Mr. Karimov`s earlier announcements that Tashkent was selling gas “to Russia only” without deciding on further supply routes. The Uzbek authorities were disappointed with Russia’s refusal to modernize a hydropower plant in Uzbekistan, which led to a more active cooperation with China.

Being one of the most sustainable fields of the national economy, the Uzbek agriculture is expected to attract much investment from all over the world. The Asian Development Bank (ADB) is demonstrating peculiar interest in agriculture of Uzbekistan, having already invested more than $2.4 billion. The ADB executives expect in 2010 the GDP growth at 8.5%, and 9% in 2011 (to be one of the highest indices in Asia-Pacific region).

Zeromax Company owned by Mr. Karimov`s daughter, Gulnara, is one of the most powerful financial companies in the Uzbek economy. It controls about a dozen of oil and gas projects, and has also undertaken production of building materials, and textile and food industries. With support from Zeromax, Gazprom signed an agreement with Tashkent on long-term purchasing of the Uzbek gas in 2003-2012, and joint development of the Uzbek gas transportation infrastructure and deliveries of the Central Asia gas through the republic. A pilot project aims to resume gas production at Shakhpakhty deposit. Considering the earlier achieved agreements, in 2010 Gazprom is going to buy up to 15.5 billion cubic meters of the Uzbek gas, thus making Uzbekistan the region’s leading gas exporter to Russia.

Generally, Tashkent adheres to diverse economic policy but Beijing’s persistency in trying to oust Russia from the Uzbek market can hardly be ignored. (A Polish political expert, Marek Koprovsky, thinks that “this is a result of (Beijing’s) long-time multistep policy”, which covers not only China: “the pro-Chinese lobby is very strong in Kazakhstan, where it is being led by the Prime Minister Karim Masimov”).

In December 2009 Poland and China signed an agreement on military cooperation. Having taken grip on Russia, Warsaw and Beijing managed to hamper implementation of the Kremlin’s foreign policy initiatives. Will Moscow be strong enough to prevent the Polish-Chinese friendship from turning into hostility toward Russia? This is not that simple taking into account that Islam Karimov`s clan is not interested in stronger influence of Moscow in Uzbekistan and anywhere in Central Asia. And here his interests coincide with those of Washington, Brussels, and Beijing. Expert think, Tashkent’s latest bows to Beijing should be viewed as a warning to Moscow: if Russia fails to purchase more gas from Uzbekistan and launch the local gas transportation system, the country will focus on partnership with China. In this case, the Kremlin will hardly manage to stand up for its interests in the face of western and eastern economic expansion into Uzbekistan.