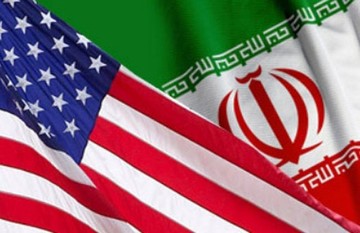 The Russian Foreign Ministry`s website released an official statement following the UN decision to toughen sanctions against Iran. Moscow sees "a package of additional measures to press Iran" adopted by Washington and Brussels as "violation of principles of cooperation between the six nations involved in the talks on Iran`s nuclear program and within the UN Security Council". Russia strongly opposes any attempt to hold dominant power in the Security Council.

The statement says that Moscow was "disappointed" to learn that "additional sanctions against Iran approved by Washington go far beyond the already existing UN sanctions regime on Tehran", and that a package of new measures against Iran was backed by the EU Foreign Ministry and submitted for approval at the European Council. "This undermines our efforts aimed at searching better ways to settle the Iranian issue. Actually, each time the situation is repeated: as soon as we manage to achieve a compromise on sanctions against Iran within the Security Council, the US and the EU find this insufficient and, strictly speaking, demonstrate political negligence", the Foreign Ministry officials say.

The new UN sanctions are focused on so-called "dual-use goods" which, the Western partners fear, could be used as part of Iran`s nuclear program. The EU also imposed a ban on "further investments and technical training" for Iran`s oil and gas industry. After these sanctions are introduced (those approved by the EU and US measures tougher in terms of the consequences for third countries), Iran will face numerous economic, energy and visa restrictions. In a month, the European countries (their mutual trade with the Islamic Republic of Iran estimated at about $30 bln per year) will have to block financial transactions, including insurance and reinsurance, if there are "reasonable grounds" to believe these activities could contribute to Iran`s nuclear program.

A possibility of introducing new sanctions against Iran consistently has always been discussed in view of the ultimate priority-to change regime in Tehran through all possible means, from verbal threats to a military attack. As tensions were reaching a higher degree, Russian diplomats probably decided to benefit from the situation by trying to regain mutual understanding both with Iran and the West.

Meanwhile, pressure on Tehran is increasing. On June 12-13 Brussels held a meeting that brought together members of the Azeri organizations operating abroad. The participants agreed to boost propaganda in northern Iran. Of course, the aim was not to prevent Tehran from developing its nuclear program. The idea was "to resist pro-American tendencies causing political tensions in the region". Many observers pointed at the fact that President Obama`s peace-loving statements during his election campaign and later at Cairo University do not comply with Washington`s official position.

The worsening relationship between Russia and Iran may affect the situation in the Caucasus, since the US does not seem to weaken its presence in this most troubled region of Russia. Tensions are growing over so-called "Circassian issue". On June 18, 2010, the Jamestown Foundation held another seminar named "Sochi in 2014: Can an Olympics Take Place at the Site of the Expulsion of the Circassians 150 Years Earlier?" And this is just one of numerous examples...

In an interview with The Wall Street Journal, President of Russia Dmitry Medvedev repeatedly warned against a unilateral approach to the Iranian nuclear issue. Mr. Medvedev urged the countries involved in the talks to develop for a constructive dialog with Tehran and take collective action on Iran. The Middle East security in the years to come greatly depends on the way cooperation between Russia, the US and Iran develops further.