Russia's isolation is nothing more than a bluff 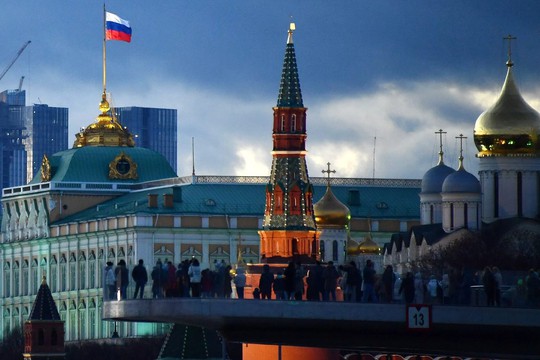 Total population of the countries that refused to impose sanctions imposed by Washington exceeds half of the world's population. These are China, India, Brazil, South Africa, Argentina, Mexico, Malaysia, Indonesia, as well as Morocco, Syria, Turkey, Iran, Qatar and many other countries. The UAE abstained from voting on a UN Security Council resolution condemning Russia's actions in Ukraine. The Emirates, as well as Saudi Arabia, are not going to join the sanctions. The leaders of these states even refused to hold telephone talks with Joe Biden, who hoped to discuss with them the increase of oil production in an attempt to replace supplies from Russia.

In Europe - Serbia, Bosnia and Herzegovina opposed anti-Russian sanctions. In Georgia, according to the survey, 64% of population also believe that the authorities did the right thing by not joining economic measures against Russia.

Egypt's Permanent Representative to the UN, Osama Abdel-Khalek, opposed  sanctions against Russia, noting that the restrictions will have a negative impact on the global economy.

25 out of 54 African countries abstained from or did not participate in the vote on the UN General Assembly resolution condemning Russia. Many of these countries have had long-standing ties and support from Moscow since the period of Cold War when the Soviet Union supported their anti-colonial struggle.

The imposition of economic sanctions against Russia was opposed by rapidly developing Malaysia and almost 100 million people in Vietnam. The fact that Kuala Lumpur and Hanoi do not support anti-Russian restrictions was announced on March 22 by Malaysian Prime Minister Ismail Sabri Yacob after a visit to the Vietnamese capital. "We discussed the Russian-Ukrainian conflict and agreed that Malaysia and Vietnam will remain neutral on this issue," - the Malaysian Prime Minister said.

"Despite US pressure, not a single Arab country has taken part in the economic war against Russia and has not imposed sanctions," - states Lebanese-American professor at the University of California As'ad Abu Khalil. "Just like most Latin American and African countries, like Iran, India, Pakistan and China, Saudi Arabia and other Gulf countries are resisting US pressure with demands to pump more oil to compensate for the deficit due to the US ban on oil imports from Russia,"- he emphasizes, pointing out that Riyadh is already negotiating with China the sale of part of the oil for yuan.

And the US can't do anything about it. When Congress was discussing sanctions against Saudi Arabia, Turki Aldahil, a former aide to Crown Prince Mohammed bin Salman, issued a warning: "Imposing of any sanctions by the West against Saudi Arabia will make the kingdom to resort to other options. Russia and China are ready to meet Riyadh's military needs… The consequences will include the Russian military base in Tabuk, northwest of Saudi Arabia."

Professor As'ad Abu Khalil believes that Americans themselves have undermined  trust of Arab states with their treacherous behavior in the international arena - including  the destruction of Libya and the  dastardly murder of Muammar Khaddafi.

Their hasty departure from Afghanistan finally undermined trust in the United States. According to Cathryn Clüver Ashbrook  - director of the German Council on Foreign Relations - the circumstances of the American escape led to the situation when US allies felt betrayed.

"The United States," - Professor As'ad Abu Khalil concludes, - "can no longer count on the consent of the whole world with American interests... The balance of power is changing. This will no longer be the world system established by the US after the Cold War"…