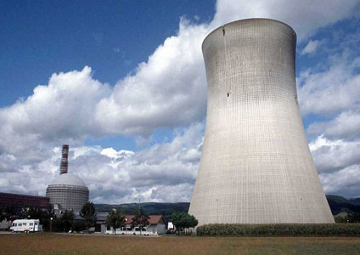 The first tender to construct a nuclear power plant in Turkey was announced in September, 2008. A Russian-Turkish consortium comprising Atomstroyexport (a subsidiary of Rosatom), Inter RAO UES, and Turkey`s Park Teknik outbid competitors, but the contract was annulled in November, 2009 as Turkey was dissatisfied with the energy price offered. Finishing touches were put to the deal in January, 2010 when Turkey`s Tetas pledged to buy 70% of the new station`s energy output.

The nuclear power plant will be sited near the Mersin Mediterranean seaport in Akkuyu. Four 1.2 gW units (VVER pressurized water reactors) will be built and phased in by the consortium by 2016-2019. Rosatom CEO S. Kiriyenko says Russia will at all times maintain the controlling stake in the $18-20b project to be implemented by Atomstroyexport. He stresses that, moreover, the project is not going to be limited to construction but will also include the creation of a nuclear engineering company which, at the initial phase, will be owned completely by Russia.

The winning of the contract to construct the Akkuyu nuclear power plant by the Rosatom-led Russian-Turkish consortium in a competition against 14 companies highlighted the current positive trend in the relations between Russia and Turkey, in general and in the nuclear energy sector in particular. Clearly, the cooperation with Russia is moving to the top of the list of Turkey`s international politics priorities.

Last May, shortly after President Medvedev`s visit to Ankara, Rosenergoatom CEO V. Asmolov said that the company, which operates the entire park of Russian nuclear power plants, intends to join the Turkish project. Information became available this June that Rosatom further plans to invite Finnish partners to it and that Atomstroyexport and Finland`s Fortum are looking into opportunities for broader long-term cooperation in nuclear power plant construction in Russia and other countries. The uranium to be supplied as fuel to the Akkuyu nuclear power plant will be mined by Russian companies in Namibia in the framework of the deal penned by the Russian and Namibian Presidents in Moscow in April, 2010.

The Akkuyu nuclear power plant construction project will be realized in full compliance with Moscow`s obligations in the framework of the Nuclear Non-Proliferation Treaty and agreements with the IAEA. The power plant will function under IAEA guarantees, and the spent nuclear fuel supplied to it by Russia will be subject to repatriation.

On the whole, the Russian nuclear energy sector must be credited with major success for winning the contract to construct the Akkuyu nuclear power plant, especially in the light of the fact that Turkey is a NATO country with special ties with the US. The negotiations on the project were closely watched in Washington and Brussels in the context of the increasingly stiff competition over nuclear power plant design and construction contracts worldwide. Uniquely, at the time of the implementation of the project in Turkey Russia is going to be constructing nuclear power plants in five countries as parallel processes. The Russian-Turkish project shows that Russia is regaining trust as a global leader in nuclear power plant construction. The trust shattered by the 1986 Chernobyl catastrophe was badly needed by the Russian nuclear energy sector, and took years of hard work to rebuild.