Russian ambassador in Serbia: Resolution 1244 must be the basis for resolving the Kosovo issue 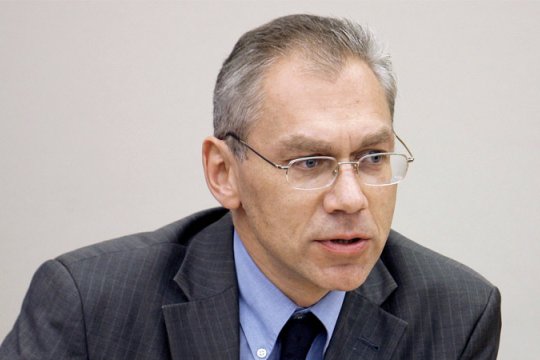 Alexander Botsan-Kharchenko, newly appointed Russian ambassador to Serbia, has told to Serbian media on Thursday that outgoing Kosovo’s Prime Minister Ramush Haradinaj’s statement about Moscow advocating the division of Kosovo was “ridiculous.” The ambassador said that option “has never officially been on the table.”

"We have never initiated a similar idea of territorial correction. There were such proposals on the margins, including a period of status negotiations, but they were never officially on the negotiating table, "Bocan-Kharchenko said during his television appearance on Serbian N1 TV.”(1)

Russia, he added, wants the dialogue between Belgrade and Pristina to be restored as soon as possible, and if Serbia asks, Moscow will support it within international law. He reminded that there are many activities in progress regarding Kosovo, which, in his words, is not bad at all, because the more activities he said, the more opportunities for stabilizing the situation.

"And more opportunities to find a comprehensive solution, based on international law. First of all, I would like to stress that Resolution 1244 exists and it must therefore be the basis for any type of negotiation, "Bocan-Harchenko said.(2)

“Russia, having the desire, also has obligation, because it is a permanent member of the UN Security Council. Regular discussions (about Kosovo) must continue, and this is one of the issues within the purview of the UN Security Council. That is why it’s impossible for Russia not to participate and not to remain a factor in solving issues, and making some decisions,” the ambassador said.

Ambassador of Russia to Serbia Alexander Botsan-Kharchenko has also said that he sees Belgrade as a link in relations between the West and Russia. He told N1 that the signing of the Free Trade Area Agreement between Serbia and the Eurasian Economic Union (EAEU), expected on October 25, is only the beginning, and that he expects cooperation to be strengthened.

“ This above all concerns free trade, open and free markets, free movement of goods, services and labor. The EAEU has taken the best experiences from similar integrations, and we think the EAEU has a pretty solid perspective. Every day, more and more countries are eager to join, to have some kind of contract,” Botsan-Kharchenko explained.

He doesn’t see the EU integration process as an obstacle to Belgrade’s cooperation with the EAEU.

The ambassador said that it is possible for Serbia to become a link in Russia-EU relations, that is, “in integration of integrations”- i.e., in cooperation between the EU and the EAEU.

Serbia, he explained, will have the opportunity to, after October 25, have duty-free trade, with few exceptions, and enter a market of a total of 180 million consumers.

Russia, on the other hand, will have the opportunity to increase its product placement – industrial and other kinds, the ambassador added, noting that the goal is for trade to reach $ 4 billion.

Speaking about military-technical cooperation between Russia and Serbia, he stressed that Moscow proceeds from considering defense policy a sovereign matter of every country.

”The sphere is sensitive, quite complicated, and the industry is complicated, complex and modern. Russia is now at peak production, the quality is outstanding. We have interest from number of countries in the world. And here, too, we want fair competition, without politicization, we are against impositions, “ he said.(3)

According to him, in the framework of his country’s military-technical cooperation with Serbia, Russia has in mind above all the task of strengthening security in the region.

”No one will be harmed by that. Serbia will step up its defenses, without any harm or threat to its neighbors and the region, “ Botsan-Kharcheko said.

What is interesting to note about Mr. Botsan-Kharcheko 's interview is that all media outlets, under the control of the current Serbian government, did not quoted the ambassador's statement that Russia supports resolving the Kosovo issue in accordance with UN resolution 1244. This primarily refers to the oldest daily newspaper in Serbia and in the Balkans, which is “Politika”.(4) The reason for this is that the current government openly promotes the division of Kosovo. The president of Serbia talks openly about it. Recently, the Serbian president Aleksandar Vucic was in Washington, where he spoke with US secretary of state Mike Pompeo.(5) And reiterated that Serbia is seeking something to recognize Kosovo. In other words, if the West would give Serbia a small part of Kosovo (part of northern Kosovo), the current Serbian government would be ready to recognize Kosovo's independence.  Although absolute majority of the citizens of Serbia are against this plan, however, Serbian President Aleksandar Vucic, nevertheless, continues to push the idea.