Russian ambassador to China Andrey Denisov: “We call on Washington to recognize the new geopolitical reality” 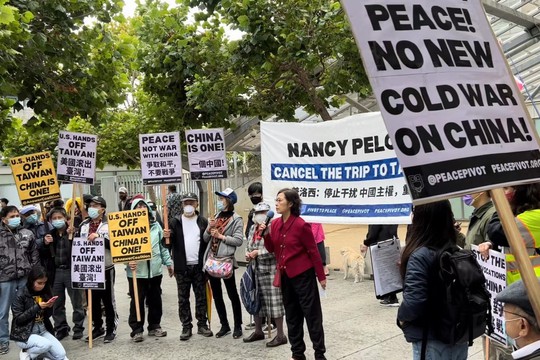 “We call on Washington to refrain from taking actions that undermine regional stability and international security, and to recognize the new geopolitical reality, which has no place for US hegemony”, said Russian ambassador to China Andrey Denisov in an interview for "China Daily”.

Q: What do you think about Nancy Pelosi's visit to Taiwan?

- Russia considers Nancy Pelosi's visit to Taiwan on Aug 2-3 as a clear provocation in keeping with the US' aggressive policy of comprehensive containment of Beijing.

Russia's principled position remains unchanged: we operate on the premise that there is only one China, and the People's Republic of China government is the only legitimate government representing all of China, and that Taiwan is an inalienable part of China.

In the joint statement of the Russian Federation and the People's Republic of China on international relations entering a new era and on sustainable global development, which was adopted after the talks between the leaders of our countries on Feb 4, the Russian side reaffirmed its adherence to the one-China principle and opposed the independence of the island in any form.

Q: China is taking necessary military countermeasures to safeguard its sovereignty and territorial integrity after Pelosi visited Taiwan. What is your opinion on it?

- We believe relations between both sides of the Taiwan Straits are exclusively China's domestic affair. The Chinese side is entitled to take any measures necessary to protect its sovereignty and territorial integrity in terms of the Taiwan question.

We call on Washington to refrain from taking actions that undermine regional stability and international security, and to recognize the new geopolitical reality, which has no place for US hegemony.

Q: What do you think of this kind of flip-flop attitude of the United States?

- The US has once again shown its impunity. It's been doing it for years. The United States is using every available opportunity to strengthen its domination across the world. Those who are monitoring this process are aware of the futility of this approach, according to which you should take no notice of the problems and crises created by Washington and hope for the best. The Americans are acting to suppress any manifestation of a country's independent thinking and political stance. Nancy Pelosi's visit to Taiwan is in keeping with this approach.

Washington has no respect for its own principles, which it has declared publicly and has been doing its best to convince the world and itself of its commitment to them. It is violating the principle of sovereign equality of states, which is fundamental to the UN-centered world order, everywhere every day.

The strategic partnership between Russia and China is a motivating force behind the movement for the primacy of international law over the "rules" invented by the US and its satellites. Both countries are working together on the "Group of Friends in Defense" of the UN Charter. We regard it as a promising structure that should be expanded. We are confident that more countries will join us in this work.

The US' provocations including the landing of the US plane in Taipei only exacerbate the already complicated situation. Of course, as an Asian-Pacific power, Russia hopes that the settlement of the Taiwan question will not come at the expense of regional peace and stability. The Chinese side－and Washington must clearly understand this－has all the legitimate grounds to defend its sovereignty and territorial integrity.

Taking into account the focus of attention on Taiwan, Pelosi's visit to the island might have an unexpected effect on the US by raising global awareness of the actual and unbiased context of the Taiwan question.