Russian goods still flowing to US despite American sanctions 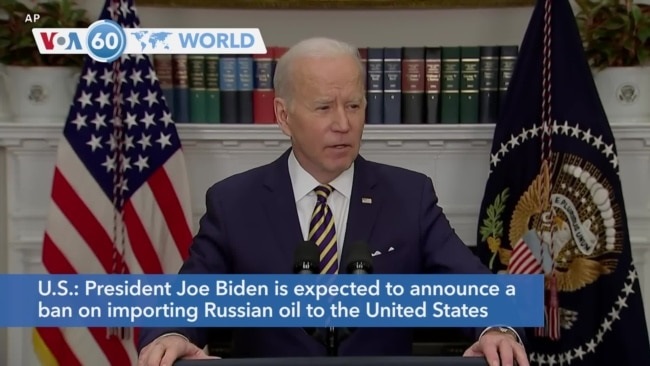 The Associated Press agency conducted a study and found that despite the "tough sanctions" against Russia, Russian goods come to the USA in significant volumes. They noticed, that “on a hot, humid East Coast day this summer, a massive container ship pulled into the Port of Baltimore loaded with sheets of plywood, aluminum rods and radioactive material – all sourced from the fields, forests and factories of Russia.”

President Joe Biden promised to “inflict pain” and deal “a crushing blow” on Moscow through trade restrictions on commodities like vodka, diamonds and gasoline. But hundreds of other types of unsanctioned goods worth billions of dollars, including those found on the ship bound for Baltimore from St. Petersburg, Russia, continue to flow into U.S. ports.

The AP found more than 3,600 shipments of wood, metals, rubber and other goods have arrived at U.S. ports from Russia since February. That’s a significant drop from the same period in 2021 when about 6,000 shipments arrived, but it still adds up to more than $1 billion worth of commerce a month.

Russia and the U.S. were never major trading partners, and so sanctioning imports is only a very small slice of the retaliatory strategy. Here’s a look at some of the goods that have flowed between the two countries:

- Russia is a key exporter of metals like aluminum, steel and titanium; cutting off that trade could dramatically drive up prices for Americans already grappling with inflation, said Morgan Stanley economist Jacob Nell. Most American companies dealing in metals have longstanding relationships with Russian suppliers.

- AP found more than 900 shipments totaling more than 264 million tons of metals since February. Russia is one of the largest producers of unwrought aluminum outside of China and a significant global exporter. Russian aluminum ends up in American car parts and airplanes, soda cans and cables, ladders and solar racks.

- This year, the Biden administration began imposing tariffs on Russian wood exports, a move which infuriated Ronald Liberatori, a Nevada-based wood dealer who sells Russian grown Baltic birch to all the major furniture makers, construction companies and flooring manufacturers in the U.S. “The problem here is Russia is the only country in the world that makes this product,” he said. “There’s no alternative source.”

- On March 8, Biden announced the United States is banning all imports of Russian oil, gas and energy, “targeting the main artery of Russia’s economy.” But a million barrels of Russian crude oil had arrived off the port of Philadelphia, bound for Delta Airlines’ oil refinery Monroe Energy. Meanwhile, a tanker with about 75,000 barrels of Russian tar oil pulled into the port of Texas City, Texas, bound for Valero’s refineries after a long north Atlantic crossing, according to trade records.

- Almost 4,000 tons of Russian bullets have also arrived in the U.S. this year, where they were distributed to gun shops and ammo dealers. Those shipments slowed significantly after April.

- “The Red October” chocolate factory sits just across from the Kremlin in Moscow. Today the company, “Krasny Oktyabr”, still makes and sells candy and other traditional treats from a production plant on the outskirts of Russia. In Brooklyn, New York, Grigoriy Katsura, at the U.S. offices of “Krasnyi Oktyabr Inc”, said they continue to import delectables, a taste of childhood for Russian immigrants. And so every few weeks, the shipments arrive at their warehouse from Russia: buckwheat, dried fruit and their world-renowned chocolate.